The Million Dollar Knowledge on Wood 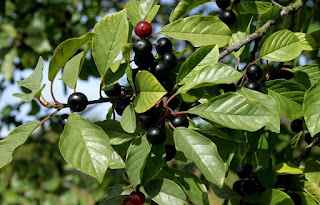 I was watching on Gaytube a Southerner burn up oak and cherry.........splitting it away, and I was frowning like, "That is beautiful wood to make things out of. God made other trees to stick in the fire".

This is the story of the million dollar knowledge on wood for the fire.

We have all heard that hardwood is best and seen lists on these woods and disclaimers on softwoods, and other nonsense of you need a good bed of hard coals to cook. Yes, yes, and if you have time to stand around with your finger up your twat all day, that is great advice, but even the horse and buggy generation did not have hours to kindle a fire to get hardwood coals.

Personally, I have two trees I hate. One is the Box Elder or Box Alder as Teddy Roosevelt wrote of it, and which Col. Richard Irving Dodge just loved as pretty trees. They are of the Maple family, sap is sweet, but are brittle trees, grow like weeds, you cut them down or they break off in being old, and suckers grow into these pretty Dodge trees, and they have Box Elder bugs which are a plague.

The other is the Buckthorne from Europe, which stupid immigrants brought to America and planted in hedgerows and this invasive species spread across America killing other trees out.

I have always found Box Elder wood sour in burning and I did everything I could to kill that species, and they still come back.

Then I started burning wood and discovered that all the experts on wood burning do not know jack or shit.

I had read that Ash was wonderful. Yeah I had three fires going in my barrel stove before one  half of a log about 6 inches across burned up. Was not impressed and as I do not burn up good wood, I limit myself to shit wood, which means I was burning marijuana. No I was not and just put that in there to see if you were paying attention.
Weeds not weed, and probably hemp does burn well, as burdock will ficking go off like Yellowstone fire and it burns out.

I had an Aspen which almost killed us, so I was using that for kindling, and logs, and while it does not burn for ever, it lights well, burns hot, and that is what you want in starting a fire, a softwood that ignites and burns quickly, like cardboard.
As my supply of Aspen was limited and I'm upset about that, I had to venture to other woods, like Elm, which is a nice burning wood..........but it hell in trying to break in pieces in the kindling as the bark you could make baskets out of.

It was in this today, in it being cold and I was running out of wood, that I ventured into the world of broken Box Elder branches. They suck in breaking as they snap great, but so do the branches all over. But once you get the stove loaded, they do not like to ignite that well, but sure enough, Box Elder is an excellent wood as it burns hot and fast enough, but slow enough for you to get some heat out of it. Think of it as glorified cardboard or Richard and Stephanie's cardboard blocks that burn 2 hours.

As I was not long on wood, I had an 8 inch slab of Buckthrone, about 8 inches high. Shit was like burl wood, and they never get this big, and I was spliting it, and it just sort of cracks and comes apart. It must be the diamond of woods.
So I got three chunks and as I was sitting there tending the fire, I decided to chuck a piece in. It started burning on a branch step, almost blue, like it has a hydrocarbon sap. So I shoved it in further when it was burning and went off to do things, and two hours later I come back and the stove pipe 13 feet away is still hot. The stove was still hot. So I look inside, and there is Buckthorne burning like Scrooges coal in the stove. I swear, this was a chunk of wood, at an angle, about the size of two man fists, and it was burning 2 hours later, and still burning when we went to check on things. The pipe was cool when we got back 3 hours later, the stove warm and the fire out, but that Buckthorne is auditioning to be useful, and I have allot of that chit at the other place to dull chainsaws on, as that is one hard wood.

So you should be getting the point in this, that to build a fire, you need to get it properly going so it does not smoke up the house. Dry paper, dry cardboard, and dry wood. Soft and Semi softwoods are what you want for the kindling sticks, where my sticks are one to two inches in diameter, so get the heat up fast and burning to ignite the bigger split stuff.

In my opinion now, I would rather have one to four inch pieces of wood, and you can keep all the California redwoods you have, as in this barrel stove they will burn, but spend as much time smoking and not burning well.

Is a lesson for gathering wood for this coming season, even though I probably have 10 cords of Ash which I do need to process and that one tree which fell is big as a barrel, I am more inclined to choose softwoods like pines, Box Elder, Cottonwood and Hackberry for what I call my initial burn. Look I can not bring myself to burn Cherry, Maple, Apple, Pear, Walnut or Oak..........woods which you can build things out of or have things of value in crops. So I will probably never understand how they burn really, as heating with apple is a sin, when it is made for smoking meat. Same with Hickory for pork.

I will assume that Poplar would be wonderful too in being of the Cottonwood Aspen group. It also though makes good smoke for fish.

For my long burn though, I believe these Buckthornes are superior to all wood. I did not have that large of piece and it simply burned for hours, with full draft open in the flue and vents.

I am protective of willows, do not have enough birch to play with, but sometime I will toss in some broken willow as it seems like a very hard wood, and that would be good for a long burn, unless it is like Ash.

I'm sure I can make Ash burn. The sticks burn good, it is just I have  to get the pieces smaller, and that means a splitter as this chit I have been dealing with is pure solid block missery. I have never had such a problem splitting wood as I have this year with that Ash.

Yes this is a bit more in depth than the experts have told you, because I suspect most of these people burning wood, write about it, and then quit as it stinks like smoke and is a hell of allot of work. Wood fires warm you up four times. Once in the cutting, once in the splitting, once in the stacking and once in the burning. It is the workout program of workout programs, and it is more work than most people ever want to deal with, so you get these ideas on what to do, as they sit with electric heat because they are rich.

In my world, my mission is to get Old Oliver's cob shed from Roddy. Put a wall in it, and into that, stack my wood, which will be in three cords. The little stuff for kindling. The softwoods for the intitial burn and the hardwoods for the long burn.
I will now relish killing those Buckthornes which are going to come back from the roots,as I now have a purpose for them just like those Box Elders just move up higher on the evolutionary burn scale.

I will probably be chucking in a Cedar log I got for the cat to scratch on but the sofa is much bette for that purpose, so will learn of the nuances of that wood too.

This is your million dollar survival knowledge. Get this blessing memorized and figured out before you need it.