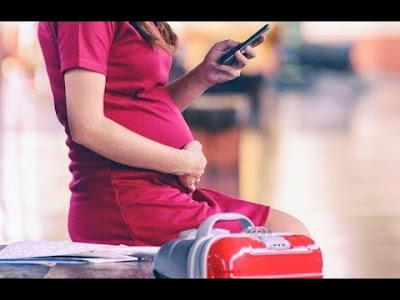 OK........if the baby seems stuck up your twat......get a pipe wrench
and turn the head counter clockwise as that is the way we do it
in Youtubevania.

I'm starting to reassess Gaytube as I'm beginning to think the biggest fumduckers on the planet post things there. I should have known better when the gizzballs posting how to make barrel stoves.....never posted follow ups, or they never mentioned how they fucked up in not burning the paint off of their barrels first.

JYG was watching a channel and related how this dumb bastard was in the junk yard, and had no idea what he was getting and he could not even load a lawnmower without help.

Then there was the dipshit who was installing a grease tube, rubber, on a tractor, but it was an inch too long he said, so he welded on a burr. I was sitting there frowning and saying, IT IS FRICKING RUBBER BOBWHEAT, just make it fit, it is not like it is steel tubing!"

This clown also fixes things like breaking rear ends on tractors, because he does not read the manual. Has lots of fumduckers for subscribers, as he never shows a damn thing as his camera is pointed off into the next county.

What set me off on Gaytube was that old bastard I featured here in putting tubeless valves into a gas cans for ventilation. I did that, and they do not go in that easy. I also discovered that rubber valve stems swell up like a mule's pecker to twice the size and then break off. That was an absolutely worthless idea as it did not work. I should have known better, but geez louise, I thought, "Well the gas does not make contact so it should work." No it does not,

So I'm going to watch all this shit close, like the Swammy today with a 5 ton overhead hoist. Yeah the hoist was 5 tons, but as I was looking at the rig, he had the chain hook in one bolt, which looked like it was a bolt I would not want to be under a tractor or a thousand pound engine with that 5 ton hoist and a 500 pound bolt holding it up.

I don't like the how to rebuild Farmalls either, as that little gal like the Bob I found, both neglected to show how you got the carb off the tractor. See in Farmalls of the letter series you find out the governor has a little pin that goes into the carb, and the carb that goes into the intake manifold needs a special angle wrench to get it off. They never show you that shit as all the hard stuff is loosened before they roll the camera it seems, so they look like always experts.

I have watched allot of shit this past year, and shit does not happen in real life the way it does on Gaytube. Great ideas look good until they meet the real world. Gaytube should stop flagging uploads that are not woke and start flagging videos of shit that does not work. Gaytube is a stupid place to get stupid ideas which do not work most of the time.

I can hardly wait to see the videos on making a propane burner, like the one making hoists today.  Am certain it is something I better see the thing working first or the guy with the ass shot wife has his head blown off or crushed under a car, before I figure their ideas are something to try out.