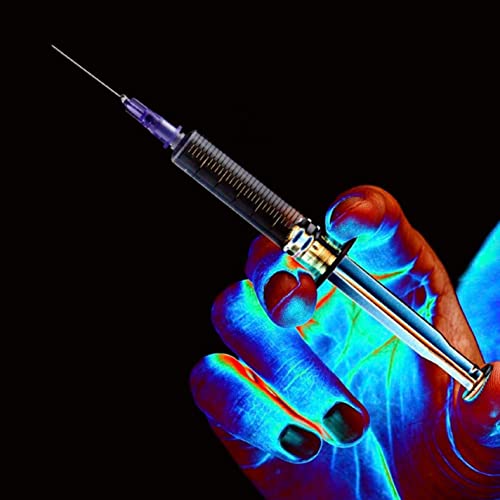 I really would like to know to understand these vaxes, because while they are more harmful and deadly than all other vaxes combined for the past decades, the question is why are some people affected and others are not.

I can not reveal the source, but a friend of his blog has a family member who was vaxed and is experiencing the entire broad spectrum of headaches to intestinal problems, while the parents are not.

I have an Aunt who is 100 year old. She has been living on her own, but is now in a nursing home as she started to fall down and her short term memory is going. I deem that vax related, while her entire family is not dead or suffering major affects yet.

Today it was over 100 degrees here and it was another pisser deal of a tractor not running, and more flat tires, pulling it home and having to do more to get the mower home. I just got in from beating a bent piece of steel for a drawbar attachment and that was it for me as it is too hot, and I'm exhausted in this non stop things going wrong. I state this to explain that all of this is cause and effect. I see AOC gets hundreds of thousands of dollars from the Matt Walsh Mockingbird Mafia in donations and Ted Cruz joins in, but why it is it for scams and stunts that liberals and the mic heads always get money, but none ever shows up here.

So things I know I could track down in the Lord and make sense of, would appear here, but I no longer have the time nor energy to drive myself. We get in at dark most days as we are doing non stop things outside in the heat and there is not enough water to be drank to make up for that kind of dehydration.

So I know there is something which would make sense of this beyond what I posted in different variants as the entire platform would most likely kill most people so the sequence is split up and the reinfection will produce the end platform.

We have the Discover tap card and it works lovely. This advancement is vax related. Instead of tapping your card it will be your hand or your head will be scanned just like the products you are purchasing.

There is a great energy flow built around Joe Biden. He is reincarnating and becoming more strong.

The Greek Orthodox had this Prophetic warning. They say the vax is the precursor to marking. I believe the quatrain time line reset from May into another 30 day cycle. June is now the month in an even more compressed time line. This blog can not be more clear on this than it has. This blog protects all life, advocates all peace and renders all support for all laws.  The events which are manifesting are not what you think, but it will make sense once they happen in what was being posted. What was May and now resets in June will become the key component on what domestic policy will produce. Two other events will driver foreign policy.

“…now a vaccine has been developed to combat a new disease, which will be obligatory and those taking it will be marked… Later on, anyone who is not marked with the number 666 will not be able to either buy or sell, to get a loan, to get a job, and so forth. My thinking tells me that this is the system through which the Antichrist has chosen to take over the whole world, and people who are not part of this system won’t be able to find work and so on — whether black or white or red; in other words, everyone he will take over through an economic system that controls the global economy, and only those who have accepted the seal, the mark of the number 666, will be able to participate in business dealings.” —p.204, Holy Monastery of Mount Athos / Distributed by Athos; 1st edition, January 1, 2012

I pray for the Lord Christ to return. We are hearing a more frequent reference to the End Times from people. It appears the ghost of FDR is in Pedo Joe as the principalities align as before.