The Prion of the Vax should bring the anti Christ 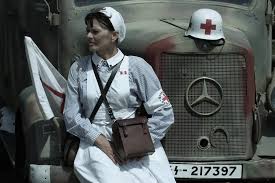 There is a reason government is designed to be almost dysfunctional or meant to function slowly, as humans are emotional and will tend to vote away their rights in the heat of the moment. Thee Americans system no longer is a Republic as there is zero oversight and zero representation. Good Government requires Just People, and without honest people, you get a police state of the elite hunting down millions of people for being Citizens.

There is an equal problem in Europe, in the dictatorship which rules those misfortunate people, who are denied vitamins and bathroom products, firearms and traps, Europe emerged from a monarchy, into dictatorships and finally into socialism, where people are not trusted to govern themselves.

It is in this that Europe, now being dominated by German power, is finding  that those  American things which used to prevail in minority rights, are being called to be vanquished.

Europe is a place of the Northern Saxon Europeans. the Eastern Slavic and the Southern Latins. It's power structure is basically French, Italians, German, Swedish and Dutch, with the rest of the peoples making European federalism a quagmire of bureaucrats who impeded all freedom and advancement. This system worked well as long as American taxpayers were funding this socialist utopia, built on the affluent rule and imported Muslim Niggers and relying on Slavic labor. Save for the Americans, this is what the Third Reich advanced Europe under in the same labor system.

The Germans though in the fracturing of the European Union, have began advancing dictatorial rule, which bans vetoes of other nations, in might makes right. Germany states it should not be held hostage to Hungary or other nations who disagree with the agenda which Germany desires.

In Parliamentary Government, German power was to be offset by Hungarian weakness, where political trade offs would be made and the voting Parliament would then ratify a policy which would benefit Hungary as much as it benefited Germany.

Vetoes should no longer be allowed. Smaller countries should not be able to block the will of the ‘majority’. And the biggest countries, with the largest financial contributions, should be the ones that get to dictate policy. Ever since German re-unification made the country by far the largest in the bloc, there has been a creeping German take-over of the European Union.

All of this matters as the Revelation of Jesus the Christ revealed that the Beast is a resurrected Roman Empire, which will comprised 10 national leaders, and it would subdue three other leaders.

The Vatican is the Whore who rides this Beast for their own power.

This is the Beast of the Mark of the Beast or the Identification of this government which is widely known by the number 666.

This is what is necessary for the return of Christ. Events still have to generate this unified group which will bring fantastic things which Prophecy has foretold. The leader or the anti Christ will invade north Africa, and drive up into the Israeli state. It states the Europeans will set up their government outside of Jerusalem, and it is here that the epic brake with Asia will occur and bring the armies of the world to that massive battle on the plain north of Jerusalem in Armageddon.

The anti Christ is alive. All that is necessary is for Germany domination to take place to drive Europe to where it historically has led Europe and the world. I was reading a quote from Gothe which is an amazing summation of the German Assyrians. It translates as: For all the greatness of the German People as individuals, they are undone as a Nation.

This is hopefully the era of transition which is the worst in history, for the simple reason on the other side is the best age humanity will ever experience. It literally will be a 1000 years without satan, a time like the Garden of Eden.

We are witnessing the emergence of what every Christian has looked for.  It seems like this takes forever, but where I had thought would be terrorism from Muslims, is actually a biological weapon from Obama Biden's Dr. Fauci PLA Wuhan germ factory which was a known operation decided upon long before any of this coof began.

All that effort is an investment, and this must now progress as it will be more difficult for the 1% to repeat this and there is a time line involved in this now and it must move forward at a pace to keep ahead of the Asians.