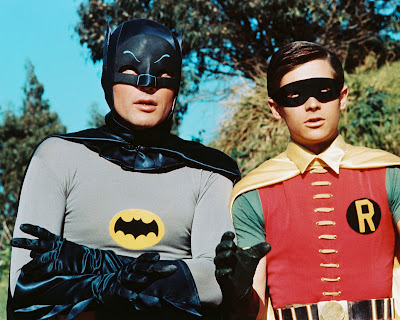 No Boy Wonder, we are not getting vaxed as in the Bat Cave
we are immune to EMP brainwashing techniques

I really enjoy the woo updates of Clif High. He reminds me of my quasi Jew feed store guy or his rich dead Uncle so now you know what some of the brier patch clan looks like too.

Mr. High this past week seemed to be hedging based on the projections that billions would die. He was quoting someone on the projected dead and it came to 100 million and High stated this would still cause an economic collapse. Yes if it is the Western Regimes, because you could feed 100 million Chinamen to the pandas and not notice the drop. Take that kind of productive White Protestants out of the economy and the Mexicans, Muslims and Hindus would run the West into the ground in a year just like the shit holes they came out of.

The reason for this post is PB out of Maine dropped a few notes on the Patrician East. I read that 4000 Massachusetts vaxed have tested positive for the bioweapon. Now was this the worthless test kits, was this the vax showing positive or is it the vax doing auto immune so they caught a summer cold? We simply do not know yet.

People do not seem to be dying yet like ferrets, but the primate projection is still too early to tell.

In passing today, two women I know in stores who both were vaxed. The one was looking Vax Face, that drawn face and looking older, and the one had her SUV parked like a drunk not in the space. She looked good, but..........it does seem something is wrong with people, but I'm noticing a slight recovery window too in people, including the one male.

PB shared that apparently everyone in Maine is vaxed. The check out clerk today as I stated was vaxed so I just agreed how great it was in letting people think we were vaxed too. I have not seen a mask in the two times we were doing errands in the city today, so in a wide open state, the vaxphobics are nowhere to be seen.

I know I would love to go moose hunting in a depopulation of people in Maine. My dream would be to use a 348 Winchester lever action. Must be allot of gun people who will be dead as they are rich and I hope to come across their caches. I figure they will have some kind of utility tractor of skid steer as they all have money. Will just tie a rope to their corpse, drag them out the door, dig a hole, say some thankful  words over the inheritance I'm about to receive. Not like I'm going to be burying people who did not donate when it mattered as am digging enough holes for fence posts in setting up barriers.

Hello Lame Cherry,
Just got another company email promoting a National Guard vax clinic at the work place.  In the email, they state the Maine Lottery drawing for vax recipients is currently at $876,000 ($1 for every vax'd person).  The adult population in Maine is 973,685.   There should be a lot of real estate available in Maine in short duration.
Take care and God Bless,
PB

I'm truly fascinated by the symptoms which people have had. Saw a guy today grinning like a baboon who had loss of smell and taste and he looks like the same good natured doof I knew as a child. I do not have any symptoms, well at least anything that lasts. The other day I had tingling in my fingers, but then I had them in my tight jean shorts, and as I stated, I got better not long after, so sometimes I ache, but hell I always did ache with these auto immune allergies I suffered from. So not like I can tell of anything abnormal. Worst gripe was a sunburn and that ain't a bioweapon. No worst gripe was that Rear Window movie in we have watched by Chris Reeve and Jim Stewart. Hated Reeve..........but if you divide the movie up into sixths, Reeve was better in 2/6th and 4/6th, but Jimmy was better in 1/6th, 3/6th, 5/6th and 6/6 th. Reeves ending sucked, while the Hitchcock one was a good ending. Hitchcock just had too much reality in neighbors looking in windows.
I can tell you for fact in sitting in an apartment for a year, that you NEVER see people like in that movie. There was a coon family who invited 30 coons over to watch movies, a Mexican who had a bad starting motorcycle, the black car chic, the massage chic with the tomatoes and the cat in the window who was the most interesting of all the humans. None of the people were attractive except me, but it was not like I was exhibiting my wares . Oh there were lots of crows and Mexicans on the roofs.  Sort of like Birds and Beaners. Those crows could sure raise hell.

Hello Lame Cherry,
My daughter, who is 30, lost her sense of smell and taste when she got the virus last year.  She said it came over her over the time it took to have a meal.  By the end of the meal, she couldn't taste anything.  Se was also pregnant at the time.  She gave birth a couple of months ago.  The baby appears healthy ( a girl).  I do wonder what will happen over time (to each of them).  I will keep you posted.
Take care and God Bless,
PB

I honestly believe that those who contracted the S strains, and that includes the loss of taste and smell are not going to be bothered. It would help not getting the vax, but maybe in decades senility will set in, but children who are sick out of the womb will probably never have a problem, except for all the other shit which happens. As PB is a survivor who can fix things, his family will be able to cobble together things for their needs.

I do not believe they are going to kill everyone, just a percentage to drive his to the next phase. This is a sort of rolling population reduction and zombie creation. This is about breaking people down at this time for the Vaxstag Fire for lack of a better term. The vaxes are the threat not the bioweapon, nor any Swammie Mutant which produces headache and running nose. That is not dying that is having a bat cold.

Next Up - Booster Kill Shots With Far Worse 'Side Effects' !
Every 6 Months? Every 12 Or 18 Months? A Spike Marriage
Festival That Will Be Reignited Until Death Do They Part