The Vax one Cell of a DIA Coup 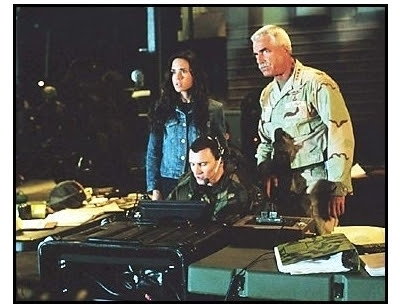 I believe in God. For me there is not any need to explain God with adjectives in He is that "God" and not that "God". That God has a Holy Ghost Whose property I am and I surrender to Him as His own.

I surrender and submit to Him, yeah like most people I'm faithless and never see the big picture and I bitch a great deal as being poor and at times vulnerable on the edge, makes things a bit parting of the Red Sea for months. Yes the Holy Ghost explains afterwards, and I know what a flat brain, here am I, but I never doubt that God is the part that makes this mud pack function.

In that explanation which seems to have nothing to do with what the post is about, by the Holyl Ghost I recognize these. Have a gift for seeing things, assembling reams of data and comprehending how it fits together in patterns, trends and projections.

It is an odd thing this field I have created in Forensic Psychology, as being abused, I'm a natural predator and recognize by instinct weakness, and in that my horrid dad educated me much and my Beloved Uncle melded in the art of trapping animals. By the Holy Ghost I instinctively know how to move people to my advantage by sight and sound without their ever conceiving they are being manipulated. People are like coyotes, not wolves. Coyotes are shifty things , but not bold in the shadows like wolves. When I make a set, it is easire for me with people than with coyotes, because people I can "see" and I know the placement, the lure, the place for the trap. I can recognize a set in where it should be and I can recognize a set when someone else has made them.

One of the greatest textbook histories of the human condition is the brilliant rise to power of Adolf Heutler. It was in Germany as the Great Depression of 1929 began with the crash that a series of events of opportunity arose. Everyone focuses on Heir Heutler as he was the dynamic center, but it was insated the state within the state which was the driving force. What I mean by the state within the state, was the old Prussian Order, the Wehrmacht, the Military, had been reduced by America, France, Britain and the Democratic Socialists and Marxist to a bare force, and they had their position in Germany removed.

The last leader of the Republic was a military man as Chancellor and as President von Hindenburg. In appeals from Heutler, the Army began convincing itself that National Socialism was a political system which the German Army could arise to it's former position of power in guiding the German State.

Thus the coup began which ended this Republic which had stabbed the Wehrmacht in the back and brought ruin to the German order.

This blog was the first to note that Donald John Trump was being promoted and protected by the Defense Intelligence Agency, an almost unheard of group which has been the most powerful force in America, which let the CIA be the public nuance of intelligence.

This blog covered the Missing Link and these operatives who began Russiagate and have in Qanon manipulations brought America to the point Donald Trump was installed for, and that was to criminalize the American Right. There has been this comic book Alt Right and the propaganda of division in blaming White Protestants for all the evils of the world, based upon the 1960's Marxist propaganda of the Obama benefactors. It was all WWE theater.

It matters not in understanding who in the shadowlands this is, for what matters is the division, the manipulation, the psychological rape everyone is experiencing in some are conditioned and some reject it. Merrick Garland is a platform not an Attorney General. The fiction of White Supremacist is this focal point. It herds a majority group as January 6th into a positioned corner to provide them only one political choice.

Study the trail of the following headlines and it becomes more clear. Who was it that was leaking to Congressman Devin Nunes on Russiagate but the NSA. The NSA appears again in now exposing the FBI for criminal spying on innocent Americans. Again the divide of January 6th in the FBI hunting down Americans, arresting to torture, confinement and ruin over 500 of them for the Department of Justice.

BREAKING: NSA says it will release records about the FBI’s illegal snooping on 16,000 people  ∞ electionwiz

DIA plants are striking back at the federal police state which is hunting Americans down and disarming them, as Bidencon will benefit from events which will bring about Domestic Terrorism bills and bills to ban AR 15's.

You should be able to see this and reason it now, now that the path is being pointed out to you. It is not one footprint in a direction but a pathway becoming a highway you will be soon traveling.

These are not communists and yet the charge is always defined in these terms. These are self loathing failures who embrace anything that does not condemn them. The dismantling of the police was one of the first German things of the "Republic" and the Marxist Socialists were for creating their own scorched earth force as their own private murder enforcing incorporated.

The DIA is made to appear that it is at war with the CIA and FBI, but not Homeland, and you will notice that the Pentagon is silent as this is bigger than the Pentagon. Everyone is silent in the DIA has no detractors in overthrowing America, in boogering the FBI and CIA, in running it's own state within a state.

A Chinaman DIA operative on this global stage, is now exposing that the civilian FBI and CIA are overflowing with spies which are hunting down Americans. That very much is the singular choice for Americans, they are hunted by the FBI, Homeland and DOJ with the CIA warring against them, and all of that on one side against the savior DIA.

Just never mind that the same NSA birthed social media tracking Americans and the US Treasury making record Obama buys of Wall Street stocks so the internet and all woke conglomerate are in control of a nation which which houses the information so no warrants are necessary.

The fools cling to the archaic of gold and their new savior of crypto, and still will not comprehend that this avenue of financial escape was controlled by this same emerging leviathan who has been providing the guide stones herding this vaxed mass to this mortal coil.

DIA Has Had Chinese Defector For 3 Months. FBI, CIA Kept In the ...

[quote]FBI Director Christopher Wray was “ambushed” with the informat. ... Sources tell RedState the defector has been with the DIA for three months ... he turned himself over to the DIA and said DO NOT tell those agencies.

Jun 4, 2021 ... FBI Director Christopher Wray was “ambushed” with the information, they say, and ... Sources tell RedState the defector has been with the DIA for three ... They seem to be too corrupt to fix but Biden will not touch any of them.

You are looking at a chessboard and pieces are moving in gambit in mock exercise of distraction.  Do you see it now, the pattern, the projection, the reality, the beauty of a human geometric kaleidoscope of great deception.

It should be more easy now to not be drawn into this for your great harm. Think of this that you now are more powerful than them all, because the employees of the agencies are playing pawns ignorant of all of this, blinded by their intimidating police state power.

I see things God Wills me to see.