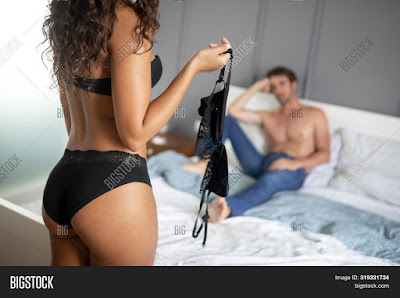 Baby that is your bra, you got Vaxnesia.

I was listening to Erica Khan on Rense.com and it is troubling in the information she is revealing picking up off of social media, as it is backing my personal observations in studying this virus.

This expose' is about the Vaxed Women and the affects of this vax upon them, as I have noted three telling signs in the women who have been vaxed and Erica Kahn has mentioned all of these.

The first is there is emotional change in people which I have explained here. There is also a more angry driven feeling from people. It is hard to explain, but the countenance of people is darker and they are shorter with people, and seem to struggle to remain the happy women they were. This is four women I have observed and each one is exhibiting this.

There is something else in this too which is puzzling. These women appear to have aged in a few months, in the range of 5 to 10 years. I was discussing this with TL and in viewing a PBS documentary years ago on an elderly woman with Alzheimer Disease how shocking it was in seeing before and after pictures. What was noted was the expression had stopped on her face. Without thought, her muscles sagged as she was not reacting to anything as the brain had turned off.

In this, I can not tell if these women are losing fat content in their faces, or if their muscles are sagging, or if it is an advanced aging, but something is noticeable in women.
TL made the point on what Erica Khan stated in this vax is affecting iron levels in the body. Men have more iron and I have not noticed  most men looking aged, only women who have lower iron content. I simply do not know the answer to this yet in observations, other than these women are more strained, almost have a ashen colour like a dark countenance, and they just look older. Whether this is muscle sag in the face or all of the above I simply do not have the analytical projections to understand what I'm witnessing, only that I'm seeing this, TL is witnessing this and Erica Kahn on social media is reading enough of others noticing this fact, that this is something connected to taking this vax.

So those are the three symptoms which are manifesting, a change in personality in a struggle to remain positive, a shortness in demeanor along with aggressiveness and the last being aging.

As this is brain centered, the damage is done. There is not going to be any fixing this, as once the brain is altered it can not repair. It can reroute itself at times to try and function, but it can not reroute these sections of brain, which the data I have observed in monkeys appears to be that area which overlays the brain stem and is under the cortex. Only the 1% knows why they chose that area of the brain to be affected, and projections on this are to create zombie (I pronounce this the Vax Zom BAY) as they are different from Voodoo zombie, which can be controlled or adapted to synthetic humans as immortal slaves who will not rebel.

“Reports of neurological complications in Covid-19 patients and ‘long-hauler’ patients whose symptoms persist after the infection clears are becoming more common, suggesting that [the virus and the vaccines] may have lasting effects on brain function,” the study authors wrote.

Today was the mother's birthday. I'm so grateful God removed her from this world in we did not have to deal with her in this bioweapon or this vax as she was difficult in good times, and would have been a disaster in these years.