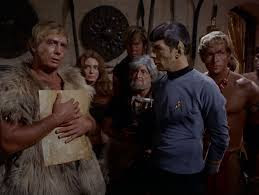 This Lame Cherry is going to address something factually, as Breitbart carried this story of the Biden police state, as the Trump police state is in wholesale shattering of the Constitution in the First Amendment.

If you read the Homeland quotes, the basis of this story is the police state want each American to spy on each other and report this to the authorities, again without the Constitutional rule of law, which mandates that people can not be accused of things they have not engaged in or be able to face their accusers.
What Homeland is pushing is anyone can report anyone, and the person being reported has no legal protections, because Homeland just files your name. There are not any fines or jail terms for people filing false reports. That is unConstitutional. There must be legal redress immediately and there is none.

Homeland is clever in slipping in that this is about stopping violence. Nowhere in the Constitution does it provide for the government to stop an action before it begins. Laws are written for actions not for intentions, as we witnessed James Comey say Hillary Clinton's actions were only intentions, so she was protected. But there is no protection in Bidencon for Americans as you are being spied upon for talking which is protected Free Speech. I will address that in a bit.

There is one damning confession by Homeland in this, and that is THE GOVERNMENT KNOWS.

How does the government know? How is it the government knows what you are doing across different platforms online and off? If you are not a criminal having broken the law, the government has no authority to gather any information on you. That includes the DOJ owning banks, companies and the internet so this is "their" platforms and they do not need warrants to acquire you data any more, as it is "their" computers which your data is stored on.

That reality must be addressed, as it was YOUR MONEY which owns those platforms, and in that legal right against self incrimination, the government can not take data on your systems even if they manage them and use them against you.

President Joe Biden’s administration announced their plans to create ways for Americans to report radicalized friends and family to the government, in an effort to fight domestic terrorism.

In a conversation with reporters, one senior administration official explained the importance of stopping politically fueled violence before it started.

“We will work to improve public awareness of federal resources to address concerning or threatening behavior before violence occurs,” the official said.

The official cited the Department of Homeland Security’s “If you see something say something” campaign to help stop radical Islamic terror as a domestic possibility.

“This involves creating contexts in which those who are family members or friends or co-workers know that there are pathways and avenues to raise concerns and seek help for those who they have perceived to be radicalizing and potentially radicalizing towards violence,” the official said.

Biden began his presidency with a stark warning in his inauguration speech about the “rise in political extremism, white supremacy, domestic terrorism that we must confront and we will defeat.” On June 1, Biden described the threat from “white supremacy” as the “most lethal threat to the homeland today.”

The Biden administration said it would also work with large technology companies on “increased information sharing” to help combat radicalization.

“Any particular tech company often knows its own platform very well,” the official noted. “But the government sees things — actually, threats of violence — across platforms. They see the relationship between online recruitment, radicalization, and violence in the physical world.”

The official reassured reporters that the administration’s new strategies would remain “laser-focused” on stopping violent acts.

“This is a strategy that is agnostic as to political ideology or off the spectrum,” the official said. “What matters is when individuals take their political or other grievances and turn that — unacceptably, unlawfully — into violent action.”

The official added the Biden administration was taking the threat of domestic terrorism seriously and would redirect the focus of intelligence agencies on internal threats.

“We are investing many agencies of the government and resourcing them appropriately and asking our citizens to participate,” the official said. “Because, ultimately, this is really about homeland security being a responsibility of each citizen of our country to help us achieve.”

After reading the above violations of the Constitution, the actual First Amendment is posted below. You have heard as of January 6th, the words "peaceful protest", but that is not what the Constitution protects.

The fact is the government has no authority on what religion you believe, they have no power over what is posted in all media, they do not have authority to try you in court for things you say, post or think, they must answer a petition on YOUR SIDE when you demand harm done to you be addressed, and lastly, you have the freedom to assemble, just like the Second Amendment WITHOUT INFRINGEMENT.

I do not advocate in these times that any of you act out, but the fact is, the indictments of Americans from January 6th are unConstitutional, unless a violent ACT took place. The Constitution protects completely everything you post online, say on the phone, worship and how you assemble.

It is the government which has the limitations placed upon it, and the problem is the Congress and the Courts have ended all oversight which is required of them in stopping the Executive from unleashing a police state against Americans.

These indictments against the January 6th assembled would of in the 1960's Chief Justice Earl Warren court been ridiculed and threats would have been leveled against the DOJ for including statements like, "he carried a dangerous weapon which was an asp scepter " and "they were dressed alike and carried yellow police tape".

Judges and Representatives have failed their Constitutional duties as regime has replaced Government BY, OF and FOR THE PEOPLE.

The purpose of this post is to educate with the facts. You can read the First Amendment and realize the broad protections in it, which the Supreme Court handed down on every part of it. That includes elsewhere in protections against illegal search and seizure which is your personal information online or on a phone. The government has no authority to gather information on anyone in the Constitution and the Patriot Act is not the Constitution nor is Bidencon's Domestic Terrorist Act which is in Congress and these agencies are all implementing it as the law of the land.

If you break the law by action, that is a crime. A crime is the harming of others willfully. Harm is a physical act, not a snowflake going into Prince Harry meltdown because Meghan orders him to.

In the end, the Constitution still exists, but as John Adams stated, the Constitution requires people of self restraint and good morals to function, because what America has now are badge zombie who have been sieved through personality tests, to follow orders, enjoy intimidating others and do not resign when hundreds of people are arrested for January 6th and Bidencon rips the Constitution into smaller bits without authority spying on people, enlisting Americans to spy on others, and to set up digital tests to judge you without redress over CONCERNING BEHAVIOR, meaning what you  think and say, but not what you do, as they now judge what behavior will lead to violent acts.

Every Founder and Minute Man would be guilty of the above, and hanged by Bidencon just as King George did Americans on spying and accusation alone.

Nothing can be done about this as the regime is too large, is enforcing unConstitutional laws and is deciding what is criminal before you ever did anything, as Merrick Garland threatening Republicans in States conducting audits that their work will be reviewed and they will be prosecuted for carrying out a Constitutional duty.

Civilization will appear again once this cycles through this police state as that is the natural order and balance.  When that era appears, then so will responsible people of self control who will reassert the Constitution.