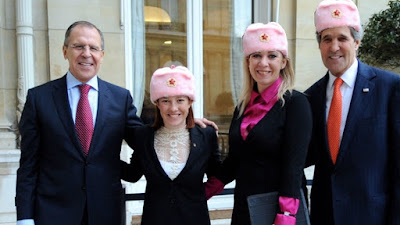 The Lame Cherry disagrees that what is inflicting upon Americans are communists or the Obama Marxists. I'm not going to correct that again here, but will provide you a Russian word for what was the political officer who monitored, brainwashed and interned people who would not agree with the system.

The word is KOMISSAR or in English Commissar. One can now understand that the United States is being overthrown by paid regime agents. It does not matter if it is Woke Coca Cola to the Woke FBI agents who set up January 6th or the Obama Intifada paid for by George Soros ANTIFA and Warren Buffett BLM. For those who do not understand this in thinking a collapse or billions of people would die as the 1% would lose all, they are missing the fact by eliminating the competition, the 1% takes possession of it all. So what if a quadrillion dollars is lost, when an entire globe is available and what is precious will be complicated off of your corpse.

Commissars rule from the media, from every stooge little niche to the grande Bidencon fellow travelers. These are all paid operatives with your looted US Treasury.

Commissars were in charge of communist political propaganda and indoctrinating the public with communist ideology. From 1917 the Bolshevik administration, ...

In the military, a political commissar or political officer is a supervisory officer responsible for the political education (ideology) and organization of the unit they  ...

These are not communists as frontmen. This is international socialists which you are seeing, but you are not seeing the 1% in the immortals.

So say the word,  That is the political officers of this paid woke overthrow. Commissars are what these agents are.