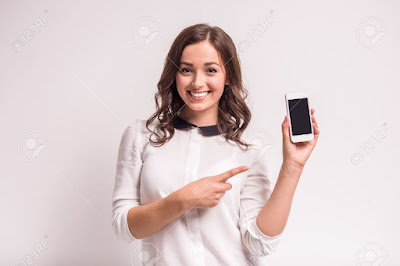 It stopped working in December of 2022, but I still carry it around
hoping it will one day light up again when civilization comes back

So we went to pay that, and here they have a "deal" where you can lock in the price in pre pay, in paying for heating fuel for the entire winter, which is what we budget for which this year came to 1500 dollars.

This year the company played cute, in usually they come out in what we have left over and do a summer fill. As we paid 1.10 prices and inflation was past that, we just got a refund and the expensive summer fill screwing us over.

The wood burner in the cellar made a great difference last year and God has to get things working like the tractor, I have to tune up the china saw, so we can buzz cut a house size pile of wood, to make things less costly.

There was something the secretary said to me thought which gave me pause. The boss issued orders that  "No one could pay for more fuel than they had ordered last year in pre pay". The translation in economics is that he has ordered in the fuel at the locked in price, but he does not know if he can get in the fuel due to farmers sucking up the fuel supply in drying grain or if a disruption in supply occurs this time around. He also is hinting that 1.60 summer price is going to seem cheap by the time winter rolls around and he does not want to get his ass handed to him in trying to cover the costs.

I would not be surprised if propane and natural gas top out over 2 dollars and there is a reality as in Texas you may not even get it at double the price of 3.20 when things go south. Somewhere in this coming time frame, there is going to be more doubling of inflation. I laughed to scorn Doritos in the store are now in snack bags being sold as normal bags for 2 for 5 dollars. Not that long ago you used to get a bag for a 1.87 which was two of these current bags. There is not going to be anyway to contain these price increases and if it is not slight of hand for conglomerates the interest rates are going to be in the 1970's levels of 23% for a bank loan. As this is all being engineered for this end, this popular poor orphan girl is making the point that the prices you are seeing now are going to seem cheap.

Pedo Joe Biden is being given cover, but the fact is propane was 1.10 not one year ago, and now it is 1.60. Gasoline was around 1.85 and is now topping close to 3 dollars a gallon. Ice cream was 3.29 and now is topping at 7 dollars for those little plastic containers. That is record inflation and it is already inflicting on people and the Mockingbird is providing cover in all of this so that people are not aware in their vax zombie state that things are bad and are trending to be much worse.

I covered this that shipping on the oceans is not going to improve before Christmas. This shorting is driving up prices on everything and you are going to start experiencing the effects in some sickening sticker shock.

I have to beg for money and that is the way it is. If you have not noticed Bitcoin has had an artificial inflation spiked into it, as it has not jumped in this kind of price on it's own ,but by 1% design as this is a product of the 1% and dolts bought into it, but this is a Ponzi scheme..........no it is not, as call this an Obama Scheme as this is where this shit got rolling after Karl Rove cooked it up in making hedgefunders into billionaires to launder money to the political elite. This is generated by massive Treasury looting and double dip Fed debt in buying debt with debt, in order to mushroom cloud the amount of money in this massive inflation, which is designed to implode so a financier for the 1% can buy the entire 100 plus trillion dollar US debt for a few bogus Bitcoins and then demand payment as interest rates are spiked.

They are going to spike inflation to make the preppers use up their supplies, then complete control will come. This will not be this year, but you are witnessing the massive effects of what is out there and the manipulation of prices in this shorting.

It is difficult to have any empathy for you Scrooges out there who left me to die. Perhaps this is hot coals on most of you as Christ says, but I post these warnings of real life in the Brier Patch to explain that the sky is falling literally. Do not expect things to be there from the lights turning on to food. It is vital that you have some form of back up heating that you can produce, as much as you must have some capability for clean water. You must stay warm, sheltered, hydrated and fed. Those are the priorities.

I'm not looking forward to infusing more wood burning into our lives as Richard and Stephanie can attest it is allot of work and it disrupts sleeping patterns. I look at the idiots I'm related too with their modern houses and all they have is heat exchangers for electric and back up natural gas. Yes all things that need electricity to run, so what do you do when things disrupt or get too expensive? You have to start thinking about all of this.

The way I look at this is, money is not something to be relied upon. I hope that interest rates do go up as that would help people with cash savings. I view this theater of existence not in something which will continue on this current commerce. I have witnessed enough vax zombie shit already to know that mental capacities are degrading in people who were vaxed. It is the economics of this vaxed and ReVaxNiks which will drive this in the next quarters, as shortages will appear and continue, but zombies will stop spending money even if they can afford it, as they are brain rotting. So in what will appear there should be a point of over supply past this vax economics, but do not count on this being Eden as wars will manifest in these time periods and that will be more burden for people.

Just get it through our understanding that every person's life is in transition. You are not going to heat, cook, travel or buy things the way you are doing now. This is the end of an era by deliberate design. You will be made to out of necessity to alter your activities in order to survive as what is viable to quality of life will be taken away from the masses by deliberate action.

The best I can do is  tell you to prepare, to think things out so you are at least a bit comfortable in living each day, instead of grubbing it. Those in the northern areas are going to have weeded out the fucking Darwins in the shortest amount of time.

You are being told that change is coming and there is nothing you can do about it. So you have got to start figuring out how to prepare to move through this and anticipate what is coming to be prepared for that in another year.

I will leave it at that as I have more to write and after another shitty day, I'm behind schedule and have to make up for time which I do not have in getting things done here and in the real world.