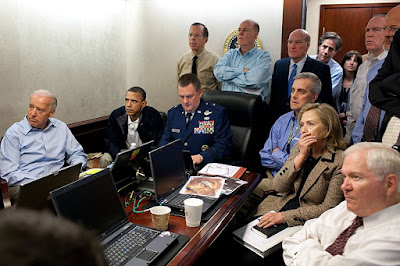 This story has been percolating since 2020 AD in the year of our Lord and it was the most well kept of secrets as this never leaked to Alex Jones or Devin Nunes from NSA.

While we were all told that Obama Inc was operating to overthrow Donald Trump from a mansion down the street, the fact is Obama Inc set up a headquarters to install Pedo Joe right next to the White House. Thee entire structure of what is Bidencon was groomed and placed into action as a shadow regime cutting deals and making policy as Donald Trump floundered around with the Bush insiders who ruined MAGA.

The government in waiting, right out of Adolf Hitler's Nazi party is called  WestExec Advisors. All the key positions of Bidencon are filled with this group in some form of joined at the hip.

It is circulating again that 23 key members of the Biden regime are WestExec employees and more to the point, while you were told Susan Rice was the puppeteer pulling the strings, she appears only as a coordinator as the key to this is Anthony Blinken the fag flag waver, who likes starting wars as most of these Bidencon folks enjoy doing.

This is what should have been watched all along as the cyber security, links to industry, inside the regime and silicon valley, would have been a controlling unit in Qanon false information spread and election theft.

This was Obama Inc in waiting for the 3rd term.