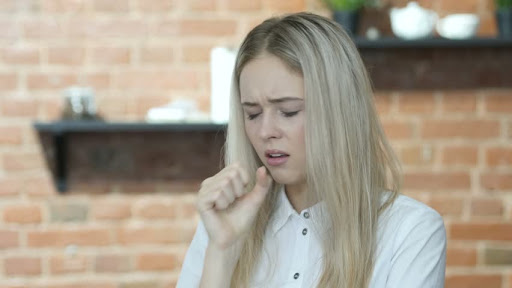 The 'Wellcome Leap' Into Transhumanism

When God created mankind, it should not have to be said in being the all knowing Person He Is, that He made humanity into a durable platform. Humanity was designed to have as shelf life around 500 years, according to the pre flood peoples. God changed that due to people got into too much demonic trouble with gaining the forbidden knowledge.

So God changed the environment to less oxygen and people began having a shelf life of 70 to 120 years, with only 40 of them viable and the other 30 more prone to napping.

There has alwasys been a quest to reacquire the tree of life, immortality since a Angel was sent to guard the original and it was destroyed in the flood.

God has been successful in repressing the worst of humanity in putting an end to Nimrod and the scattering at Babel, but this has all changed to an acceleration in the 21st century in pure corruption and evil now in control of the world.

THis post is about the examination of secondary infection from the Vax by Vax Lepers. I realize that I have had experiences in this for the purpose of revealing those facts here for my children to be guided by. I can only speak to my situation and exprience though as maybe others are mutants, maybe different vaxes are different in shedding.

It is in this thought that I disagree with those who state as featured on Rense that secondary spread is the norm. Meaning, you are a woman who gets ejaculated into by your ex, and your ovaries start burning, and you then state that your kids and pets were infected from your infection. This could all very well be the case, but as the ex was ejaculating in bed, in the house, touching things, showering, pissing, shitting, eating there is an equal reality that the ex was shedding and the children and pets picked up the synthetic prion this way, not from the sex mum.

I have watched shedding. Our feed store guy and wife, have changed in their psychological projections. I have focused on that. Their dog was exposed and was infected. I thought she was going to die, but she recovered. This is vax shedding from primary vaxed and not secondary.

The focus on this is what is really taking place, as in my experience, I was working, accidently had skin to skin contact on my arm with someone who had the Moderna or Astra first vax, and I had a fever bruise which was sore and deep black bruising in the muscle.

I did not though have bleeding, headaches, organ trouble.

In our experience we were dosed with the live Coronavirus variations several times, so we had the spike protein as a protective agent it seems in shedding, so it affects, but does not appear to infect.

I do believe the worst case is being injected. Second worse case is your eating shit, menstrual blood or being ejaculated into to. This is where the severe reactions are taking place. These prions are extremely active, viable and they reproduce quickly. The person I contacted, must have had prions like maggots on his skin, as he had been vaxed 2 months prior.  He had even sat in our pick up in cold weather talking, but there were no effects until sweaty skin to skin contact. Then it was not permanent, more like an allergic reaction in severe form.

One must understand, in the 1% would not have made a prion what was viable on surfaces for long periods of time, as even immortals would have the same bruising and problems. The prion seems to have a 30 minute shelf life and then it is no longer viable. That is the safety factor in this up to a point.

I know that I did not infect TL in my exposure, meaning I did not shed. That means a different structure is in the vax with the prion, the nano particles and the magetism which were different from incidental contact.

TL has had people touch TL as it is normal human stuff, and there were not any symptoms. Again it seems the skin to skin benefits from a sweat transfer than dry skin.

I am not stating that secondary transfer is not possible. I have not witnessed it, nor have I seen imperical evidence which could not be questioned, as in the case of an ejaculating male in a house, is a shedder in the house, and it may be latent results.

There is also the reality of does secondary transmission require intimate contact, meaning in the same shitter work environment or in the same home? Is it required for extended periods of time in direct contact. Drinking from the same glass or the same dirty faucets in the bathroom.

In my experience, this secondary spread is less viable than the common cold which infects on different vectors.

It should be noted that I still will use the same precautions until the residue dies off, but  even in that, it is evident that all three vaxes were different infection platforms which are building blocks and this is going to take some time even with Fauci annual injections to get these transhumans into the fiberforms they will be. Now will a complete platform be able to infect others in shedding which it is not now, we do not know, especially since the combined platform was withheld as it probably would kill people in too much of an overload.

It depends on the 1% in their quest, if they will have these Vax Lepers shedding with a kill viral platform to erase those who are not vaxed as people they will never control, then that would be in the typical reasoning of the 1%.  That though is future tense and the present tense is to herd as many zombie into the crypt for this combined array that Elon Musk is launching.

This is the most up to date information and examination on this. Time and existential experience will provide more projections.