Biden Vacuum Sucks In the Dragon 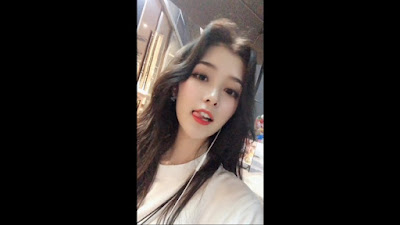 As Americans Party, Our Enemies On The Other
Side Of The Globe Are Preparing For War

Afghanistan might have been about Americans avenging 9 11, but the fact is when Bush43 turned Afghanistan over to the British, London Banking ran Afghanistan for the poppy fields as that is what America has been doing in being the dope pimps for Asian heroin again, as was the interlude of Vietnam.

Once you understand the Birther put Americans in the hole so Muslims could shoot at them from the mountain tops, you have the evolution of Great Game India, as Bidencon in turning Afghanistan back over to Civil War in which the Taliban will win, and in this period, Peking is going to move to secure this flank as getting oil from Iran by land traffic is more secure than by sea in the time of war.

The U.S. must honor the Afghans who risked their lives protecting our freedom  ∞ dallas

There will be fall out, as someone is going to occupy Afghanistan as the Khyber is the pass key to the subcontinent of Asia as much as the Western corridor to the Mideast.

The 1% has promised Peking all kinds of colonial treasures in Australia and America, but the allure of Afghanistan which has tempted all from Alexander, to the British, to the Soviets, to thee Americans, is now the necessity of Peking to acquire oil. Either Peking gets oil from Alaska or it gets it from the Mideast. In both cases controlling that oil, means that the United States is not in control of that oil and is hindered, and as the United States is once again set up by the 1% to fire the whirlwind, this is about the United States pitted in a two front war, this time it is not German power and Japanese might, but Russian firepower and Chicom masses. The United States had the luxury of not fighting Japan for years while it built for German fighting, In what is being staged, the Russians have a powerful conventional force backed by nuclear weapons which can drive to France in 3 weeks fighting to victory. China is a mass of flesh which can eat American firepower the way the Soviets ate German firepower and subdued it.

For all the talk of sea fighting China, the reality is one thing, it will be nuclear war with China, because China is arming as this blog said a large nuclear arsenal and the only firepower which will pollute and wipe out masses of Chinese forces is nuclear. This will be a nuclear war and unless the 1% directs bombing as it did in protecting Nazi structures in World War II, the oil fields will be targeted and radioactive, including pipelines so all that fuel will be radioactive too.

In order to kill China, the United States must lure China out. The premium extensions will be invading Alaska, the Pacific and the Khyber. China must move for oil into the Mideast, that means a necessary occupying force to threaten to Turkey and Egypt, and this will require 50 divisions to hold and project and protect that colonized Chinese oil.

This does not include the divisions in Indochina, the islands and Alaska.

The Khyber will be the key, as much as the extension of China into Indochina into Australia. The United States must draw these forces out and then cut off the supply routes and kill these 100 plus divisions. They will die, after eating human flesh as the intent will be the Chicom driven back and dying on the roads back. China can not live off the land as the land is sand and sea.

America by the 1% is getting out, a void is being created and the only contender in Great Game India will be China out of necessity. It would be logical to assume that a cut of oil supply to China will be engaged in as a set up to the order of battle. Either in the conflict pressure or in the prelude, there should be a shortage to China in oil supply of 20 to 30%.  Logic would be to weaken Russian supply for Russian problems in projecting into Europe. Removing Mideast supply would be the red flag to the dragon to draw it into the Khyber. Therefore the order of battle would be:

The policy would not be to deny South American exports to keep the region China free of weapon and attack. The lure of Alaska would be an undercurrent along with the precarious South American transit of weeks to reach China.

In the above, China is negated 45% of it's oil. That puts China in a dire straight, worse than Imperial Japan in the 1930's. China must move then to the Khyber, Alaska and Indochina.

The Chinaman is a  devious, deluded in race, tard which will believe whatever it is told, and will take the logical steps and keep taking them, as it is not bright enough to make it's own road. The Silk is over 1000 years old and the Chinese is still trying to modernize it.

All nations are being shorted to prepare them for war. This will compound and all will follow the path laid out as it is always presented.

Bidencon has been ordered to open the door, the dragon will soon enter.