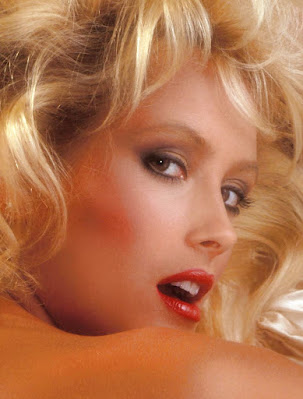 I happened upon Dr. Tenpenny on a conference call off the Rense.com links and in listening to the problems of the vax and other induction venues of transhumans, she mentioned once again pine needle tea, and this time expanded upon it.

So for my Memory Alpha and once again to provide information to your unworthy non donating asses, you are about to receive a short course in botany medicine or compounds, and in that, if you kill yourself or harm yourself, that is your responsibility like standing before Jesus, having been rich and explaining why you were not donating.

The tea which was mentioned was Star Anise, Fennel Seed and Pine Needles. The reason anise is mentioned is because it is loaded with the acid which is the effective treatment for the bio weapon and the bio vax. For those who have been whining that there are no pines in your yard, nature is overflowing with plants that have the same ingredient which is in Tamiflu, and I will get into that.

The Germans were exploring using Dandelion which is bitter, but the American suggestion is carrot juice as it is loaded with SHIKIMIC ACID too.

So you understand where this forced vax is going, there are 72 vaxes which are logged to transform you in the United States. There are 169 vaxes worldwide. These are building blocks to make you into a synthetic and would not have been created if not meant to be injected into you. If half of these are part of the program, the vaxed are going to be injected yearly for the rest of their zombie lives. So enjoy the road well traveled as that is what the data is.

The Lame Cherry is going to attempt to explain things. First ALL THINGS IN MODERATION YOU DUMB ASS DARWINS, and this your doing in making a choice, not my telling you to do this. This blog is simply researching because you won't type in a search engine and read scientific information as you have a lazy ass.

Most but not all pines are non toxic. The Ponderosa which is most of the west has another acid in it, which aborts baby cloven footed animals in sheep, cattle, buffalo etc.. It only takes a few bites so this does present a problem for stockmen which I have always known. Pregnant women are disuaded from drinking Poderosa Pine needle tea for that reason.

One of the more interesting notes is that pine and other conifer needles contain very high amounts of shikimic acid, the key ingredient in Tamiflu!

Pine needles are long and wispy, (above and below) and they come off the branch in little bundles of 2-5 or more needles. Fir and spruce have the more compact bushy branches, like the classic Christmas tree. You can use any of the three species for this tea

As you can read the experts state that fir, spruce and pine species in their individual genus are safe, as in the White Pine which covers most of the eastern United States.

Make a positive identification of a favorable fir, spruce or pine species (I prefer white pine, Pinus strobus) and chop up one tablespoon of needles. Add these to eight ounces of scalding hot water, cover the container and allow it to sit for 10 minutes. Strain out the needles, sweeten with a little honey and enjoy a drink that contains roughly four times your USDA daily allowance of vitamin C.

Be advised that there is some conflicting information about the loblolly pine and ponderosa pine species (they may be too toxic to safely consume), and that no pine needle tea is recommended for women who are pregnant or might be pregnant (due to the abortive compounds they may contain).

Most pine trees can be used for pine needle tea, but not all. There are some that are poisonous or toxic. Those you want to avoid include Lodgepole Pine, Monterey Pine, Ponderosa Pine, Norfolk Pine (Australian Pine), Loblolly Pine, Common Juniper, and although not a pine, Yew. Keep in mind that all pine trees are conifers, but not all  conifers are pine. Some of these mentioned have been known to induce miscarriages in cattle. While there is no documented evidence of pine needles causing human miscarriages, pregnant women are advised to not ingest pine in any way.

Jun 26, 2018 ... The needles of ponderosa pine cause abortion when grazed by cattle. Induced abortions ... The toxin that causes abortion is isocupressic acid.

As stated numerous plants have shikimic acid in them, but as stated don't go digging up your flower bulbs and other things, just understand that there are other sources in nature which are more available and easier to deal with like in your spice section in the grocery.

This may assist the Darwin who can read in apple skins, have a more concentrated shikimic acid the older they are, and pears have elevated shikimic in their skins after 3 months in storage.  So you have access to carrots, and if you are not the idiot spraying your Dandelions, then you have something for sipping if washing up carrot juicers is not your cup of tea.

Again this is the Lame Cherry in matter anti matter in information saving your lives and giving you a way out to your rich non donating asses. I really would prefer the donations than this being hot coals after Jesus sends you to hell.