Dock of the Bey 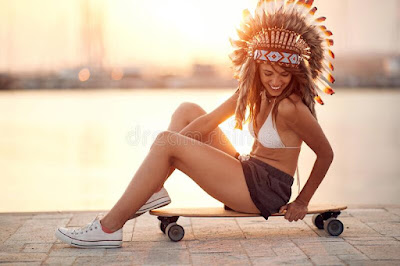 In an interview with Bloomberg, Esben Poulsson, chairman of the International Chamber of Shipping (ICS), which acts for shipowners said: "With this new delta strain, there's no doubt it's setting us back and the situation is getting worse. Demand for products isn't letting up, crew changes aren't happening fast enough and governments continue to stick their heads in the sand."

Forget the propaganda of this Indian Strain being a problem. It is cover for other agendas being undertaken, just as the biological weapon was initiated as a future operation already in 2005 AD in the year of our Lord.

What the Lame Cherry desires is for you to THINK, something you rich geniuses who pretend you are poor non donors really have a problem of doing. In this propaganda, you are told that shipping is not delivering goods worldwide, so there are shortages.

Yes we have witnessed this like lumber sitting in Weyerhauser yards stacked to the Tower of Babel in order to cause shortages, just as OPEC spikes prices to cause price increases and shortages when there are none.

Now the question is for you geniuses, WHY?

You are going to get this wrong, but go ahead and spin your wheels and of course scroll down and cheat to find the answer as things you did in school is how you got rich in life.

What you need to know though is supplies are going to be short the reset of this year. The cover for massive Biden inflation.

This is why Fairbairn warns: "Those down the supply chain must be prepared for further disruption in the critical run-up to Christmas."

Reason this through, what do shortages cause besides price spikes, shortages and a few people hording?

Come on think, a this is what the majority do.

Shortages cause people to use up what they have.

The Preppers have been busy for years in making cache supplies. They performed well and actually saved America in the Coronavirus hording.  As there are ample supplies of everything and the 1% is using this shipping as a cover in a global slowdown......yes they are causing a global depression, but there are numerous facets in this, and one of them is the jolly well fun of the 1% had  1/3rd of the population which will not vax. They are armed, they have invested in survival, so there is now entering a second year of depleting supplies as people will face higher prices, and this window is being created for leverage in the future. All of this shortage is meant to deplete the reserves of everyone. It appears that this gleaning will wipe out the 6 week preppers and is designed to distress the 6 month preppers to  their limits. It is easier to starve preppers out than cause violence by seizing food or allowing rioters to burn people out.

I will have more on this as I have engaged in an inquiry into the matrix in what next year will be. Still waiting on the rich to donate to as the sands run and my children are in prep mode, I have no hurry.

I have notice something though in Dicky Allgire of remote viewing in Rense.com. Mr. Allgire is a great entertainment with his lovely Korean spouse out in Hawaii in Cryptoland. He has though after being warned to shut up.............shut up too much on events. He is always cryptic in the shit is going to hit the fan on all wind, fire, earth and wave, but he hedges now in psychics told him this.

He mentioned some Madame Wu.......Vietnamese remote viewer who really is tuned in with a familiar, as ..........her name is Lan Vo, is booked up to Christmas at 155 bucks a session and she told Dicky that he make money in the Crypto yet. So you know by this, that the inflation is going to spike upward and the DIA's fake currency is going to be empowered, as this blog stated that Crypto might be used as the Germans did in the 1930's to inflate their war debt out to even. I few cryptos are worth millions. Someone could buy up the US debt eventually for a few coin and own America. I digress.

We are though at a point that Dicky is hedging, not a good sign as he is talking about bad things coming, but will not own it. The window though is closing in all of this and the refrain here is to be prepared. You can't eat electronic money and you can not munch on gold.

You are being told what is coming. All is cover for this disruption of the supply line. This is by design so pay attention to it. This is just starting and the degradation will be subtle.

I will probably have more on this eventually. Am weary now as being poor does that and saving relatives who dig their own holes and try to pull me in as I was the smart one who got the shovel.

(Sittin' On) The Dock Of The Bay was released posthumously on Stax Records' Volt label in 1968 becoming the first posthumous single to be #1 on ...