Eye of the Tiger Claw of the Dragon 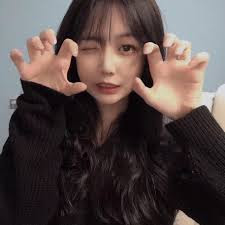 Ever since President Vladimir Putin of Russia threatened to sink the British Navy after meeting with Pedo Joe Resident Biden and mocking the United States as a washed up power, a stunning silence has issued from the braying left hunting down Americans and  the FBI having Bitcoin ransomeware payments in it's personal severs has been silent, as a new emerging threat has appeared, worse than climate change.

Yes China is now being blamed for pipeline shutdowns, instead of Russia.

You should be able to read between the lines, in remembering that STUXNET was ordered by Obama Inc. to be written by the Jews and the Germans then uploaded it to Iranian computers to shatter uranium refinement, in Mosaad is again linked to hacking and that the paradigm shift for war has moved from the Bear with fangs and claws to the Dragon with fangs and claws.

Biden Says Probe Into Chinese Breach Not
Finished Yet, Will Get Detailed Report Tuesday

I have yet to address this in the Lame Cherry inquiry into the matrix, but I came across something in the time line of the collective thought, and what this popular girl came across, while you geniuses slept is a domino effect which will emerge. I'm covering all of this and it is being posted, not just the details linking all of this together. What the matrix would conclude is that what is coming, is going to be blamed on communist China. This is still fluid information, but you can realize in Pavolov's rat that you are being conditioned to accept this change that Russia is not the boogerman according to Pedo Joe, but the emerging threat is the Chinese communists.

We are witnessing the setting stage of Domestic Terrorists of Americans who are JanSixers as this evolves and the Peking communists.

Remember that Terry Nichols in the OKC bombing was playing with the Filippino Muslims. The 1% should renege on the promise of Chinese colonies, which will sour China to the projection it is currently pushing for. There is a great deal of logic to the Mitchell Henderson revelation that China moving into North Korea, would kill shot Japan. This would deprive America of Okinawa via nuclear pollution. Fall Japan, take over the nuclear base of Hawaii as the jump off point, and the dominoes of Taiwan, Philippines, Guam and Diego Garcia fall. With a projection into Afghanistan where China is  being baited for oil into the Iran and the Mideast, the moving into Australia and projecting to the Aleutians, China would make a long flight time to fight this war for America.

If you begin seeing Domestic Terrorists with Chicom links, then you should understand that the goose is laying fool's gold and this has moved beyond Biden conditioning the public, to a war footing.

It is projected that China will be blamed for the 1% moving their SynForms regeneration agenda in the distress which is coming. Concentration of DIA messaging, limited access to information and this will be easier than taking over the lone radio tower in Belgium in 1940 AD in the year of our Lord.

The DIA is pushing this narrative in Bill Gertz on Steve Bannon's platform that the CCP is weak. The problem is the PLA still has all the guns, bioweapons and nukes. There is not any trade off in Chinese instability. The alternative is instead of Obama Fauci sneak germ bombs to Big Green Hat Generals dropping nukes on things like Alaskan oil fields and Diego Garcia. The 1% will have their war, but the war is not without a rolling tide. Think of a billion horny Chinese rapists moving out for food and pussy in Indochina, India and the Mideast. Refugee Rapists are capable of destabilizing almost 4 billion of the world's population in Asia.

“There are definitely warning signs of the coming collapse of the Chinese Communist Party,” Gertz said. “The pandemic and China’s responsibility for it is pushing it in this direction. The Chinese economy may not be that strong as well as their military. They are trying to pretend that they are strong.”

This is not going to be over until the Chinese are eating the fat ladies in Australia, India and Indonesia.