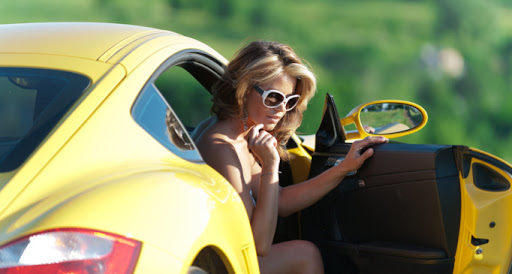 I desire to address something as a number of genuinely good people have been mentioning some things to me and I will not abandon decent people.

There are reasons that I keep a distance from readers. The first priority is I have been monitored for years. in 2008 with Obama, my email was not delivered when I was just sending myself links for stories I was working on. In trying to keep people safe, Homeland came out here to interview me. I have been living January 6th long before any of you ever considered the FBI would come knocking on your doors. The distance means that readers are not going to be priority surveillance. See in the Secret Service, people are categorized in different threat levels. You do not want to even be on the lowest level as it once took years to get off that list, so you were not flagged in delays in travel or purchasing firearms.

The second part of this is to protect me. I have no worries personally, as am capable of defending myself. It is the hassle which I try to avoid. There are more people out there who are delusional than you know.  People become deluded in thinking we are going to sail off into the sunset. Some think TL is them, or the people I mention are "us". The majority are lonely males and exist in a fantasy. I told people when I started accepting donations that I was not going to be their best friend as I did not have time. I have though helped numbers of people in Christian caring, which all takes time, but that is what a Christian does.

There are always a few who slip through, break the law though, in data mining and smugly think they found me. I will mention a woman who was a lawyer, who decided she was going to play detective and violated my trust, and in turn I received a message of her screaming at me for lying to her. I never did, but she made a mistake in fidning someone with a name like mine, who had a family, and she started making veiled threats about "my children" as she had the wrong person. I get this from time to time and in this instance this woman was literally one word away from being fired, the state police arresting her as gaining private information is a crime, as much as threatening people.  As I mentioned the FBI is two edged sword in they monitor me, but also pick up the nuts who think they are clever and they disappear down the rabbit hole. This is more pronounced as January 6th is expanding from the original operation.

Hang in there LC. I wish there was some way to provide you w/ feedback. Take care.

This comes to the Facebook period where I used to interact with numbers of people in how they began contacting TL and myself. It was a great deal of work to interact with people an hour and half a day messages, but one of the reasons I got put on permanent exile on Facebook, there was this troll who looked like bed fuzz. He was like 60 something at the end of his life. Quite intelligent, but no one wasted to listen to him as he was boring and obnoxious. It drove him up the wall in I kept misspelling "alot" allot. He kept calling me a male, and trying to pick a fight, and after warning the troll to behave, I blocked him as he was sore like numbers of these types are, in I was the popular girl and had numbers of people flocking to me. "How could a stupid woman be adored when Bed Fuzz was there to be adored". that was the forensic psychology. Bed Fuzz started bitching about me, and it did not help that I kept mocking Mark Zuckerberg and with that I was blocked from the public.

As in all things, there are always disgruntled people who will burn down their house and every other person's house in spite. They never contemplate that in the silence of my absence that they have lost their lifeline, as God is not talking to them nor favoring them. So no feedback on the site as the hired trolls would be here driving people off and making flagged posts which would set off the system.

Numbers of people never bother to read the extensive archives as there is a great deal of information there. In exposing the fraud of internet traffic and ads, I came across a program which  was using porn ads to spike unique viewers. This was aimed at Conservatives besides myself, and it shut down the Google ad revenue. As I had dial up when this starrted, I never put ads up here, as people could not load all those ads. Plus many people have limited bandwidth which ads eat up. So I chose to use an honor system of people donating for the work posted here as the way to keep this site functioning.
I will not say that is a mistake, but in the numbers of genuinely poor people, there are these rich cheaters and liars who never have any money. Yes and then you see them buying 500 dollar bed spreads or more garden equipment than PBS Gardening, and you know what liars and frauds most people are who expect poor people to pay their way.

Hence the 1040 forms to prove just how poor people are, and to find out what the 10% tithe they owe God and are cheating Him too.

I have not honestly inquired on the short time line. Most days I'm going steady an still running behind. The time line I tapped into did not manifest. People who were involved in this have been prudent in not falling prey to it, and events which were to trigger off of this, are compressing. The next 6 weeks are more than a time line, they are limited time. Orders of battle must move before autumn rains and winter. When Vladimir Putin mocks the English to sink their Navy and mocks America as washed up after meeting with Biden, that is rhetoric of 1939 and it is rhetoric of fact which is mirrored in assessment in Peking, Pyongyang, Tehran and Tel Aviv. You may have missed that Pyongyang under Phoenix Kim has cooperated now with Peking in defense is missing something everyone has in this China invading Taiwan scenario that all are looking at. It is a China game as Mitchell Henderson was projecting tonight, that China would go first strike nuclear on Japan. It is logical to storm South Korea, radiate Japan and then mop up Philippines, Taiwan to force Irish Mic Joe Biden to ask Kamala if Americans want to die over yellow skinned peoples in a nuclear exchange. The answer is NO as no Americans voted fro Biden and no one is interested in going where the Pedo is going.

When America is sufficiently weakened by the 1% the events will take place. It was planned for early, but is now compressing again.

This should explain some of the things of this blog. It would be prudent to have your supplies stocked up, and that instead of using them, you from this point on, make your purchases  to keep your supplies topped off.
As I have begged for money, I'm not going to lead you to believe that I'm completely ready. We are better than most in this world, but we are in a disaster of drought here, and we are waiting for next year. I could think of numbers of things I should have set up from solar charging, a generator, battery packs for starters, but like all normal people you rob Peter to pay Paul.  I have to keep things alive in the animals and other things in first things first.

I will close this out with, last year in building the cellar stove and chimney, I went through four pairs of jeans from the free bag and Thrift store. That was not expected, but God has replenished in I just got a 25 cent pair which was new. My thought today was God is replenishing things for me in Caring for me.........so maybe they may not be here next year.

You should probably start viewing the world as things might not be there next year. Put it this way, the power goes off, your investments are going dark too. For those with bags of gold, that absorbs nuclear radiation. Rich people are not going to have jack or shit in what they are trusting in.

I still do not have my work done and it is approaching bedtime.