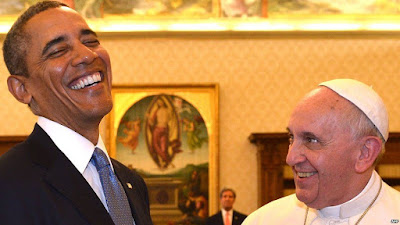 If aborticide is outlawed as you suckers believe.

So what is the reason for importing all this expendable slave labor?

It is a disconnect.

The disconnect is the Obama grinners who relish the idea of the White being the minority, which means the vermin will become the displacers of Whiteness.

This is the Obama Jesuit order, as TL says the whore which rides the beast of Babylon. They lust for the Protestant to become the slave class, hence the breeding vermin is the solution. Do you not now understand why aborticide is being Trumpeted with being overturned? It has nothing about saving your American or Western civilized life. It instead is the Vatican breeders. Whites are being sterilized by the vax. Tanskins are being imported not for work alone, but breeding. This Vatican breeder program is to overthrow the West. They could not do it with those Irish and Italian vermin being told to have 12 babies to take over the world, but they will succeed in now outlawing aborticide so the sterilized Whites will not breed, the Black will be  driven out, and the Tanskin will produce a servant class who is ruled by the padre and fill the collection plate.

Abortion was to cull the White and Black populations, that now completed with vax sterilization, now requires the weaponized womb of the invaders to possess all your nations which you worked for.

This is why Obama smiles. This has always been the Obama legacy.

This is the Lame Cherry in matter anti matter exclusives.