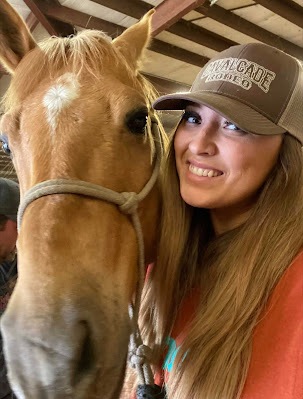 My Little Pony Burger Is A Thing In Holland And It Is Made With Real ...

Mar 11, 2015 ... My Little Pony Burger Is A Thing In Holland And It Is Made With Real Horse Meat. Dutch food truck also sells pigeon, parakeet.

As another Lame Cherry exclusive in matter anti mater.

Wheat tends to be of better quality, higher protein for which farmers are docked and less yield which does not provide for profits and debt payments.

The wheat is done in America. Moisture only would hurt it now.

The stage is now occupied by corn and beans. Corn is in critical stage now. It is pollinating and it is hot. That means limited production, ears will not fill, and the test weight on the corn will be light. As most of you are ignorant to crops. grain is weighed by the bushel. Corn is like 62 pounds to the bushel. In hot weather the kernels are less dense so it s light, meaning farmers are docked for light weights.

The corn is done. It will be low yield. Frankenfood has corn and beans in areas which are prone to dry weather and now it is HAARP super drought.

God created America unique in the world for grains.It receives just enough rain to make crops and is always on the verge of drying out. Wheat, oats and barley need the early rains into June, then a finishing inch in July.
Corn and beans need to be planted in wet warm soil, get the early rains to get them into the massive rain dumps which are the super cells of summer in July and August, to fill the pods and ears  and then ripen in September and dry into October.

Beans are not yet critical. They like the heat if they have the moisture. They are 7 foot shorter than the frankencorn which sucks moisture like a drunk does beer in summer. Beans will start flowering in the next 3 weeks into August and they can get by without rain for now, but will need a drenching to fill the pods once they pollinate.

This blog, this popular girl, this poor orphan girl warned that HAARP was wiping the wheat crop out, but not enough for farm payments which would cost Bidencon a trillion. The 1% does not want farmers solvent. They are now wiping out the beef herds in thee American West to get rid of those ranchers to take over the land. No cash payments, just loans to make farmers and ranchers submit.

What is being done to corn in this HAARP blocking was just enough rain to make farmers plant, and spray so corporate gets paid. What follows is light corn yields mean a farmer gets a crop, but not diaster coverage. It runs around 500 dollars an acre to plant and harvest corn. Disaster pays 85% of cost, so farmers have a loss of  75 dollars an acre under crop insurance. Plant 2000 acres and the net loss is 150,000 dollars. Not much for millionaire farmers, but the gimmick is land is now taxed to hell and back so farmers have to come up with tens of thousands of dollars in land taxes added to this each year. If they rend it is 150 plus an acre for rent, and if they do no pay the rich landowners still have to come up with the land taxes. Vicious cycle, but is the 1% manipulating asshole greedy farmers and putting asshole local greedy politicians running up tax bills on people charging them to live on their own land.

Short version is, farmers have debt, can not service that debt, and have to borrow to keep solvent. When interest rates rise, they go bankrupt by design as farmers were driven off the land in  the 1970's the last time this rigged game took place.

America via HAAPR has had 20 plus years of it raining too much. Idiot farmers who have no experiece what America's great desert really is, have been in greed driving up land prices, buying million dollar machines, million dollar crops, and being set up. Soros baited them with commodity spikes which made them all rich for few years, and that money has been siphoned off the past several years, and last year production was continuing down, same trend this year. Hard to make million dollar payments on new land buys when you are losing your ass by the acre due to HAARP.

I hate rich asshole farmers as much as Martin Luther railed against those bastards along with Jew bankers 600 years ago. While you are sucking on the vax needle, there are phases of this take over enveloping every area as this is warfare with Germanic precision.

You will notice in this that there is not any wild Chicago speculation in a crop failure of corn and wheat which should have corn and wheat going through the roof. That is proof of this scam. A real shortage from drought and not one price jump, as this is about taking the land.

I'm going to enjoy watching numbers of these big fat farmers, go vax tard, and become debt slave niggers on their own land. Think when they go tard, I will go over and piss on their boots and they will thank me for it as they will all be zombie.

Things will be better next year once they got the leash on those fat famer's fatty necks.