It is not a Cloud - It is a Locust Plague 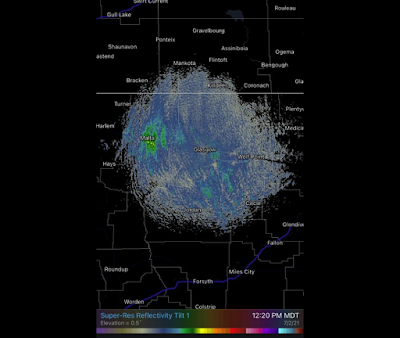 There have been stories building up to this in the grasshopper plague in the American West, but something is turning on this, and it is deliberate like all of these events which are occurring.

Do you know why America no longer has locust plagues? It is because with DDT and the plough, they were killed off with pesticide and farming practices. Now in the Bidencon era, the USDA which in every region operates and sends out directives on what farmers and ranchers should engage in, is suddenly not for killing off the swarms with sprays.

Someone in the 1% is building a locust army which is currently crawling and flying all over the region from Oregon into Montana. Flying is key in this as Dopler is picking the moving insects at 10,000 feet in swarms. These are not clouds, these are insects moving to find something to eat.

According to one news source, some of the grasshopper swarms are so dense “it can appear the earth is moving”…

The National Weather Service (NWS) Glasgow says the radar is lighting up, but not with rain.

Instead, the radar is picking up “countless” grasshoppers in the area according to a post from the NWS.

The grasshoppers are flying as high as 10,000 feet above the ground and are being picked up by the radar the NWS said.

There are so many things interesting in this, as the Rocky Mountain Locust which was blamed for the plagues in America was said to have gone extinct at the  dawn of the 20th century. There is a bit of a problem with that, as my maternal Grandmother on the Great Plains told of swarms of locusts there in the 1930's. They ate everything and they ate the clothes she had out on the wash line. They were everywhere, so what species of locust was this?

American homesteaders were likewise plagued by migratory swarms of grasshoppers? The largest swarm passed through Nebraska in June of 1875; it was 110 miles wide, 1800 miles long and more than a 1/4 mile thick, taking five days to pass overhead. It remains the world’s largest recorded insect outbreak.

We know that there is a perfect locust swarm being bred, and for all we know, someone may have gene spliced and returned the Rocky Mountain Locust to existence. There are other locust species though, and they are in the Rocky and Sierra basins eating things, not being dealt with, and as HAARP is not bringing rain nor cool weather to kill them in 3 days, the question is that the locusts there are beginning to move.

Montana is brown as it is in drought. Hoppers do not eat dead forage. They will move to find new forage. In the above 1875 Nebraska incident those locusts were moving somewhere and that somewhere was across the Mississippi River to the Midwest and South in the United States.

The Montana swarm is moving. Other swarms will be inclined to move out of Oregon, Idaho, Utah, Wyoming and the Dakotas. Put a HAARP wind behind these swarms once aloft and they can move as fast as the weather fronts. A swarm of locusts in Wyoming could be in Illinois and Indiana in 36 hours. The Mississippi border states would provide the most fodder, so what is drought out west, could become stubble before crops could be harvested. The point is shortages, not complete wipe out of crops, but bankruptcy for the people on the land so seizures can take place. You get high food prices and the hoppers get the blame.

We  are just getting into the grasshopper season for the next six weeks in the United States. For those who think if nothing happens, it is over, just remember that locusts lay eggs, billions of them, and dry soil is their production ground, so what is generated this year, could be with HAARP droughts a billion times worse in 2022 AD in the year of our Lord. You may just witness Biblical plagues of locusts in the United States. Thank your banning of DDT and the USDA deliberately growing this crop of predators as they grow wolves and coyotes.

It is there, now we will see what comes of this 1% generated plague. 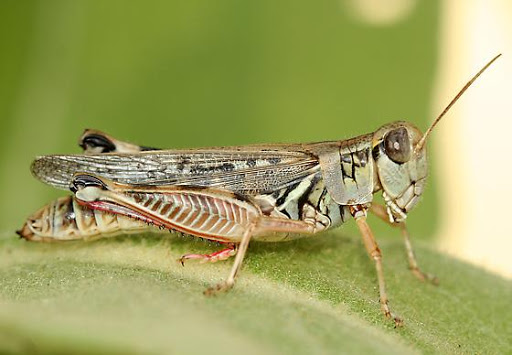 Will Grasshoppers Be an Issue in 2021?

Jun 11, 2021 ... With much of South Dakota experiencing dry conditions this year, ... of you and count the number of grasshoppers jumping out of the area as ...