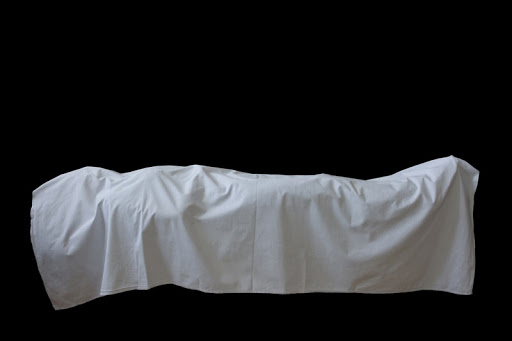 \I'm certain that each of you will be grateful to learn of Jesus hidden years in Nazareth, as espoused by the Whore of Babylon and condoned by popery, as lad Jesus, led a band of merry boys, who would all become his disciples. Never mind that no one knew who Jesus was when He called them to follow Him, because Catholics never question anything in their euphoria of being catholic.

This is all derived from the mystics in Catholicism who had Mary appearing as the Queen of Heaven, telling them all this soap opera of Jesus hidden life. The Virgin Mary, and for that matter the Virgin Joseph and the Virgin Jesus, all spread out like a cross on the floor to pray. Never mind in that, that the cross was an execution tool, so they would not have any idea why they were laying out like an AK 47, because Catholics never ask questions about stupid statements ever, from this demonic she demon which has infested the Mideast of generations as the queen of heaven.

Parts which have me roll my eyes in these mystics are that Jesus was busy preparing Mary so He could reside in her. Yes Jesus did not ascend to the Father in Heaven apparently, He chambered up inside Mary.

Mary though was well prepared in Jesus taught her about the doctrines of the Catholic religion. Taught her about the Eucharist and taught her about the Mass. I will have to apologize for the Son of God, Jesus the Christ as He did not do a very good job or I should apologize for Mary as she was not a good student, as all the mumbo jumbo of pagan inclusion into Roman Catholic religion, took years after Mary to become official Catholicism.  The fact is that the Vatican was founded not by St. Peter, but Pater of Rome, you would know him as Simon the Sorcerror of the Acts who tried to buy the Holy Ghost from the Apostles and was rebuked for that.

Pater Simon though saw with satan the universal appeal of making Christianity into a cult of all the pagan demon rites, from Easter or the fertility goddess or Christ Mass, the dead sun day in December as all these cults were isolated but the Vatican joined them all together and made one big worship idols, sell sin, talk to the dead and follow whatever the Pope says, and this Francis Pater Pope has been saying abominations in incorporating sodomy and you don't need Jesus to get into Heaven. When you got Mary, you apparently don't need God.

This is the foundation of the Catholics. They never get called out on these lies. They make this their unspoken cult which filters into society. If you want to know sick perversion, according to the mystics, God calls Mary "my dove" as she is his wife and that is why she keeps popping up with these bizarre things that this cult just gloms onto, like stigmata, the crown of thorns appearing on these possessed "saints" or these idols of Mary crying or bleeding.

For Jesus being born lily white, as that is what Catholics teach in He was just "poof" out of the womb ,and how precious Jesus blood is, in Catholic teachings He sure bleeds allot. There is the circumcision or the holy penis blood. Then there is the constant Jesus bleeding sweat, not just before He died, but he was bleeding all the time and Mary was wiping it up. In reading this stuff, I'm surprised Jesus had any blood left for the cross.

This is the belief of Melania Trump. You will remember her Mary prayer for the kid who needed some organ donation, which the child got and was touted as some great miracle. Sure it was a miracle, but another child had to die in Marionism for this great organ transplant. There are not any examples of this anywhere in the Bible where Jesus offed someone to heal someone, but that is what Catholics call miracles when it comes to Mary.

Nowhere in Scripture is there a command or teaching to pray to Mary, nor to worship her. She was an obedient young woman, a faithful wife and a devoted Mother. She was at the cross and if you remember, Jesus put His mother into John's care, not the other way around. That alone exposes the bullshit of Catholicism in if Mary was the chosen one, then she would have formed the Church, she would have been handed the keys to the Kingdom and we would not be reading the Holy Ghost Inspired works of St. Paul and the Apostles as Mary would have done it all.

Get out of the Catholic religion. The Revelation of Jesus Christ calls the Vatican the Whore of Babylon. The Beast turns on the Catholics and the Pope is called the False Prophet. You stay in this cult and you will be judged on it in the Second Death.