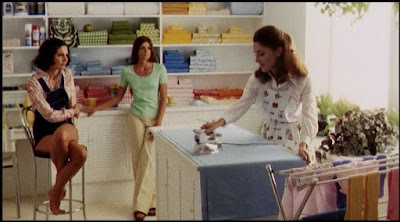 I believe for each of your sakes my children and for my brats to come back from the edge, that you should evolve Spiritually as I have in making the disconnect from this world, in all the wonders of the Jan6ers being hunted down by the FBI, and view this world as God does from Heaven, as observers as you have nothing in this world to be involved with, except obeying laws, paying taxes and staying out of trouble.

Think of it as God telling the Prophet, "Have you seen Manasseh? He has humbled himself before me." This was the guy who cut Isaiah the Prophet in half ,and was evil incarnate, but God was watching him like an experiment.

This world is going to consume itself. That is the law, the time for all seasons, so being worked up over natural order of events, is something which no Christian has a stake in. To detach yourself from people and events is a necessity, unless your dream is to have the FBI banging on your door. I'm done with the fraud of politics and elections. My focus is on Christ, but I comment on things the Holy Ghost points out to me as I observe the wonder of these times. I was born for these times and will serve out my duty to God's Peace as I have to fulfill why God places me here as a guide to keep those Whom He placed in my sphere to teach in this darkness.

There was something Jeff Rense had on in news links which I copied and have uploaded below, as it concerns Joe Biden and I do believe this is the first working glimpse of what transhuman evolution is.

The reason I posted this short clip was if you watch Pedo Joe, this is not the same man from the election steal. Biden looked ashen, and was losing weight. He looked like he had not that long on this planet. If you look at Biden in just these few short months, he is looking younger and healthier.

Do not focus on the babbling, bumbling and brain dysfunction, as that is not the point in this. The point is Joe Biden's body looks like his aging has reduced and he is regenerating.

The reason I post this is, this blog has covered the data of what looks like certain death for the vaxed. I do not discount this, but in observing my human subjects, I have watched the degrade, including one dog which got very ill from shedding, but I have noticed something troubling the past two weeks, in this dog after looking like she was going to die in the next weeks, is gaining energy and is looking younger. This dog from prion exposure appears to have entered the trans canine, she looks like she is regenerating, like she drank the fountain of youth.

The same reality is what Joe Biden is. His body is reversing aging. You are not seeing this geezer fall down stairs. He is becoming more steady and active. His brain is not worth a shit, but remember with these Vax Lepers, that the zombie state is not about their brains reasoning, it is about their brains taking orders and following them.

At this early point in my scientific forensic observations, I believe this dog which I'm fond of and this Joe Biden are the prototypes of what should appear more in the future. You are going to see dog brain, meaning the functioning of a dog on basic life realities, but you will also note that while the lights are on, not that much is home, but the home is looking newer each time you see them.

Joe Biden did not get the vax like the 99% have access to. So he has something in him beyond being a borg, which is evolving and regenerating and this is remarkable. Biden looked like he would not last past Rush Limbaugh's burial and now he looks like a man in his 60's. That is a 20 year shaving off the death clock from his falling down Air Force One's steps just months ago. This mirrors what I have observed in this dog which was prion shed upon. That was Moderna double vax generated which brought this about. I can not vouche for what the other vaxes are and do, but I do know two elderly neighbors who got double pumped, and they are senile acting, but are looking healthier.

What this preliminary data is projecting to is what his blog concluded in the world is going to have a population which follows orders in limited brain function which is not aging, and is regenerating as these SynForms. I'm certain thought commands will be put into these vaxed like a computer and they will follow them.

This is not something though to go rushing out and taking this mark, as there have been reverse speech hints by David John Oates of scabs and sores. These have not yet manifested, but the 1% knows they will manifest and have has this information explained to them. That will probably be a stick to keep even the zombie in line, as let us face reality that dumb animals can not be reasoned with, and what is evolving is a Stepford Vaxed.

I have noticed this past week that even ZeroHedge is joining the tourists who are now proclaiming the information broken here in matter anti matter exclusives. This blog by God's Grace has been proven right, months ahead of the evolution. After the initial death watch on numbers of people, I'm seeing something that looks like regeneration. As the prion does not do this, and hinders brain function, this means that other platforms in the nano tech and Morgellons are changing the DNA via the mRNA which is connected to the metabolism of regeneration. None of that is immortal, and it will require like children a vast increase in fats, carbs and proteins to transform these new SynForms as people are still electro chemical carbon based units operating at amino acid level. Perhaps in this regeneration, this is where this scab, sore or immortal cancer rot appears. Think of it like too hot of flame burning a pot. Is there a vulnerable period in which the synthetic and human can not co exist, as the synthetic is a poison or toxin to the human.

We shall see as this rat maze manifests.

This is though another Lame Cherry exclusive in matter anti matter, concerning the empirical evidence that vax regeneration is evolving in primates and animals. There are things worse than death, and one of them is not dying.