More than a Fat Quarter 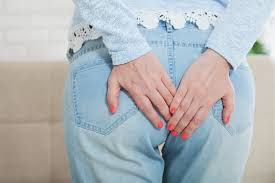 So TL and I stopped in to get some fat quarters. Ask your wife as a husband would shrug and say, "Must be something from the butchershop".

So we are in there and a I found this yard of pretty Montana looking horses and cows in the mountain stuff that I picked up, as I have no idea what to do with it, besides some kind of pillow case, but it was pretty, and we spoke to the gal who said, "If I'm busy you can just pay at the pharmacy till", which thank God she said this as what follows is still grossing me out.

So we are browsing and TL is looking at things, and I see this old woman. She go the wicked uncle shakes in the hand, so she got vaxed or has Parkinsons. She is trying to haul out a bolt of cloth as the woman is doing some other bolt, and she has it tucked under her arm, pulling, looks like a ship that is about to tip over and this woman is Bruce Chilton vacuous to the world. I mean an a bomb could have went off with sirens and that would not phase her.

At this point, I tell TL, "We are done, we are getting the hell out of here", and TL is not following what I have just seen, and I tell the clerk, we are paying on the other side and she nods and away we go.

I explain to TL what happened and I was not going anywhere near a counter that butt stuffer was in credit card or money tills. This was furthered as we purchased our items and were going out, and sure as hell there is this old bat going out the door. I tell TL,' DO NOT TOUCH THAT DOOR" and I shove it open at the bottom with my foot.

This was disgusting and I watch the old bat totter across the street. TL said she looked like Stephen Hawking with MS in the first stages.

OK this was homosapien Caucasoid female. She should have been taught to not shove her hand up her dirty ass and touch things. This is why I WARN ALL OF YOU THAT THIS VIRUS SPREAD FROM FECES, because people are filthy and they touch every fucking thing in the world, don;t give a damn, and just spread disease. I was watching this tard Caucasian family in the shitty kid was on the floor in the check out line, and it was like, "You Darwin culls, all that shit, spit and whatever on the floor and there this little booger sits and will be touching everything."

This is a graphic warning of what is out there. It is why I will always wear latex gloves from now on in shopping as shit is on every object. And if you see bargain bins, know that some shit fingers has picked through every Goddamn item, not buying a Goddamn thing, but just picking through and snooping and putting shit fingers on everything.

I honestly hope that old bat dies or God breaks her hip or something to get her out of the gene pool as she is a threat as great as Bidencon in vax mandates. This is so gross to me I feel like puking yet in typing this as I will not until Isaiah 66 get that image out of my mind. I used to like old people, but after the problems we had with the mother and the wicked one, these culls have reached their expiration date and all they do is put shit fingers onto everything like a Goddamn 3rd world animal.

Goddamn meals at that house must have been interesting on the holidays. 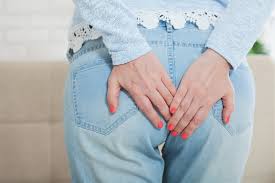