The Most Productive Film Star Ever 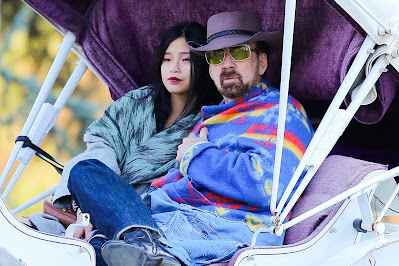 I had to file a lawsuit with Webster's dictionary as starting with A for Awesome
they kept using my picture as the definitions of how incredible I am.

I was listening to John Barbour and he reviews movies, but the fact is he is too high brow, as he thinks the best script ever was Network. No that script was depressing propaganda. I could point to the best script could be Big Jake, as there is more life sense in that movie than all that other shit out there, and that includes All About Eve starring Betty Davis, another caustic female no one could ever be attracted to.

I have been thinking about this, as Joaquin Phoenix is the greatest actor ever, and as this blog wrote the time line for Mr Phoenix to save the Batman series after Ben Affleck killed it off, after the foundational work of Adam West, just who has created the greatest volume of work which has had the most effect on movies.

Of course the leftists, wanted to create a second Jimmy Stewart in Tom Hanks. Honestly Tom Hanks for all his Opie Taylor billing, has not amounted to anything. Hanks is embarrassing in Bosom Buddies where Peter Scolari was the genius there, and then that Bachelor Party thing, and what else do you have after that but Forest Privates Ryan.

The same with Tom Cruise, what an over billing.

Some in Bruce Willis, Arnold and Sylvester Stalone have made some large movies, as much as Charleton Heston, Lee Marvin, but there is someone else who has made the difference.

They are all good movies.  The difference is with the greatest actor ever is Joaquin Phoenix is in a number of bad movies or movies which are trying. Walk the Line is a wonderful movie, but it is not one you want to watch again. Nicholas Cage though has movies that you want to watch again. That to me is what is the mark of great films, in you want to watch them again, even though you have watched them a dozen times before, because you enjoy them.

I can watch John Wayne's best films over and over, but even Mr. Wayne did not make the volume of movies that Mr. Cage has. No one has equaled Nicholas Cage's body of work. John Travolta who is just off putting, has made some very watchable movies, just as Mel Gibson has created as fine a group of masterpieces of movies without equal, but Cage pulls away in the volume of work.

I have not seem most of Mr. Cages work, but as proof, look how prolific he has been, and he literally was never disappeared by the large actors he starred with.

I'm going to show the ability of Nichoals Coppola. He starred with John Travolta in Face Off, an the fact is, you have affintiy with Cage as a criminal, who has heinous crimes and you still like him, because Travolta can never connect with an audience.

The only equal to Nicholas Cage is Clint Eastwood in volume, but Eastwood was never able to hit the comedic range of Cage in bringing humor, Eastwood had to rely on others, like Chief Dan George an Ruth Gordon.

So that is the correct assessment of the most productive film star ever. Cage was the buoy which floated an industry, as the Cars did in Rock n Roll and Ronald Reagan did the Republican Party.

Perhaps the Lame Cherry will do a tribute to the greatest non starring actor, by choice, in Stephen Boyd. 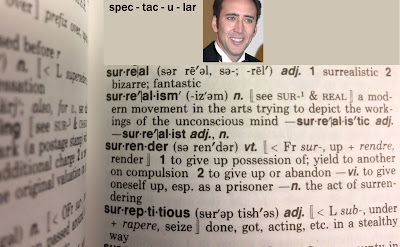 Lord of War - The Best Movie You Never Saw - YouTube

Apr 28, 2020 ... Welcome to The Best Movie You NEVER Saw, a column dedicated to examining films that have flown under the radar or gained traction ...