The Appearance of the Vax Tard 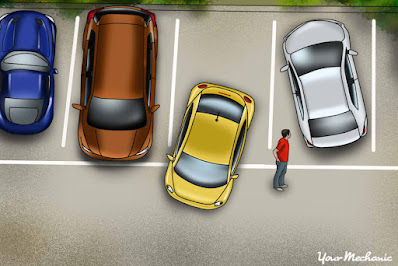 All of the neighbors from my youth are dead now in the Brier Patch. Bob was killed by a bull three years ago and that was the last of the old folks. There were big families back then and I was part of the litter on the end, so people were old then already, but in Kindergarten, the parents took turns driving the mob of children home from school as we had half days.

The reason for bringing this up, is there was one young couple then who drove us, union people, Obama people, and they have both been vaxed.

I always would stop and talk to them as that is what you do in the Brier, but I have begun noticing something from pre vax to vax. The woman the last time I saw her, had no idea who I was. Today in the Thrift I opened the door for the husband who had broke his ankle and was still hobbling around, I asked him how he was, and TL spoke to him, but he said, "I think I should know who you are".........but he did not.

These two were never geniuses to begin with, like my rich non donors, who look up at that donate button and think maybe they should show some love in a big donation, but they at least had some semblance of memory going on.

They were one of the first people to be vaxed. They were odd for the Brier in for some reason they went out of state, to Minnesota to be vaxed, when Minnesota was only vaxing in state. How they pulled that off and why they went there, I have no idea, except their kids are in neighboring states. That part does not matter, but what does matter they took either the Moderna or the Pfizer. I was not paying attention when they were comparing notes, but when this chit hit the syringes they got in early, so that would be like my neighbor who has prions all over his skin, so maybe 5 months in, and these two people's minds are going senile.

My Aunt lost leg function and short term memory too. There is something to this and what is becoming troubling, the town we shop in, I commented to TL that "Maybe the rapture had happened", as the parking lots were barely filled.  In fact when we got gas, the guy who handles the frozen food section in the store was out changing garbage bags, and we talked for a half hour and no one else pulled up to get gas. I have been told that I reside in a big vax state. If those numbers are correct, then I know I'm witnessing something that looks like Vax Hibernation and I'm wondering if people are just going through the motions for work and things they can remember, but they are forgetting to do the shopping. This was the noon hour when we were doing this and things should have been packed for here........and yet the people who were around were about as fucktard unaware as if you hit them with an elephant tranquilizer.

What it honestly appears to this popular girl made poor orphan is that pre existing conditions are being amplified. If people have memory problems, they are becoming senile. If people are not prone to that, they are just dull without reaction. One gal was like an automaton in zero reaction from her and she was in her early 30's.

From this experience, I believe we are entering the phase of mental retarding with this vax. This guy also last week was Vax Parked, meaning he was parked across the lines taking up spaces. The same shit was taking place today with other people. I can not go to town shopping now without seeing people parking screwy. It is like they have lost the ability to judge distance or comprehend that lines are to park in. It is a Vax Drunk in they are focused to get to their shopping and have lost comprehension in what a parking space is.