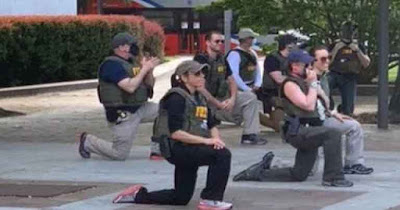 In reading the Rense.com headlines, one can see alarmists and one can see level headed examination of the future which most of us are going to experience. The Lame Cherry though wills to address something in this, which no one is examining.

America Overthrown By The Satanic Cult

Dr. David Martin - The Vax Is An 'Agent Of Death'
It Is Mass Murder, Planned Genocide - Watch At
Least The First Ten Minutes!

The Undead Vs The Unvaccinated
Variants, Censors And VAERS...

Why Did Trump Promote Covid Vaccine?

Hannity Pleads With His Viewers To Take
The Kill Shots

The quote below is from one of the informative posts above. It examines a Department of Homeland Security directive in isolating and quarantining rural Americans. Americans have been conditioned to be docile, but the psychology of armed people dragging people from their homes, ramming swabs up their noses in struggles and carting people away to camps, may work in Canada is nabbing travelers off of airliners, but the home psychology is a break point for people, because that is their inner sanctum which when violated, begins a fright and fight reaction.

I was speaking to a person from out state Minnesota a year ago, and noted a conversation he had with National Guard members, one of whom was gung ho to shooting Americans down for Obama and the other was thinking he would rather run for rural America where there are guns behind every tree and hide there.

Rural communities are different psychology than urban areas. This is Indian Country. I smile at times at TL being in the Brier Patch how TL is taking on traits of these people in seeing things out of place. When we first appeared here, we argued about directions. TL would ask the address. I would not have any idea as my answer like all the people here was something like, "You turn by the big tree that is dead", as everyone knows where that is, because they know what their surroundings are. We went for a drive last Sunday, and I was not knowing where I was, but it did not matter as I knew where I was as I knew the compass directions, knew where the highline transmission lines were, on which side I was of them, so by that alone I could reckon almost a 500 square mile area, and if I got past that, I knew what other lines I would hit so I would know where I was. Rural people navigate the way the Plainsmen did in that sea of grass and waves of mountains by dead reckoning in direction and understanding how the land flowed.

It does not matter in the trip to the metro to see TL, I was still marking rivers I crossed, roads and power lines as that is how I navigate direction.

The reason for stating this is, the moment that people start being isolated and dragged around in rural areas, the statement will be, "That is Goddamn unfair", and in that the situation will evolve that all those guns are going to start taking pot shot at regime vehicles to stop them for the release of those held captive, because the understanding will be, "What do I have to lose as they will be coming for me next and I have nowhere to go". Yes there will be rural people who take to the hollows and fields to hide just as in an Indian raid, yes the regime has it's drones to hunt people down, but even the armed FBI and Homeland, with the US Military, you have a number of 4 million, that does not match the half to one third who are going to be hunted down in 160 to 100 million people. In those numbers, you are going to have a percentage who will start firing at these convoys. 1% is over 1 million guns opening up on 4 million armed police state group. The minute the police state goes deadly as will happen as they are trained that way, the 1% will stop shooting engine blocks and look for wetware and learn quickly that they enjoy it.

Yes drones are going to be hunting people down, but the next steps in this are where the Pol Pot slaughters of populations begin and then it is a matter if the police state can hold out, because once Russia and China understand that America is in a Civil War, they will come, just as the Rothschilds started the first American Civil War and the British came at America from Canada and the French from Mexico.

The Lame Cherry advocates none of this violence nor is it as Vendetta is for V advocate which the 1% were conditioning the mob with. It is just  a simple reality that the ReVaxNiks when they are violated in their homes, will react. The 1% understands and has factored all of this out. That is what the Vax Zombie is about in dulling people's minds to follow orders in turning people in and complying.

What this popular girl though wills to explain is not the economics of this, as fraud money is not an economy in 3 trillion dollar budgets, it is for you to do the math. Here is the question, what would happen when 1/3rd of the population stops buying things from a Homeland quarantine?  The answer is every grocery store, fuel supply, power station, insurance company would go bankrupt in that much lost revenue. It would bring about an economic collapse in the conglomerates losing that much revenue.

Of course the 1% does not understand this, but when one sees alarmist headlines which do not take into account the reality of a Goddamn 1% immortal is not someone who wants to fucking walk to Yellowstone park as their private playground, that they will need electric or gas cars and that requires some kind of infrastructure to manufacture, as again the 1% are not going to sit in their immortality in a dark fucking mansion not having fucking candles to burn,  as candles need tallow from beef cattle to be slaughtered, and with everyone dead there is not going to be a slaughterhouse, one understands reality hitting the Mockingbird alarmist headlines.

Is there going to be a reset in people cropped? Of course there is, but these Jane Goodall ape sex pervs calling for 500 million populations are not the ones putting a bullet in their brains to reduce the human numbers. Others get to die for the cause, but again, look around at your world. Contemplate what the hell our world would look like in a year without people repairing roads, someone cutting the grass, someone shooting the coyotes as when it snows the immortal 1% will be sitting in a pile of snow just as certain as their airport will be flooded out by some monsoon, and then what fun will it be to be an immortal. Even with robots, 500 million people is not going to keep the clocks wound.

Granted the elite in this of the lords and the priests have thought this shit out, but when it comes to Homeland cracking down, they never think past the directives as they think like snowflakes that all of this stuff just appears by demons farting out tunes.

Examine the future of the 1% as the 100%. The economy will disappear. That means all the gold has no value as what good is gold if you are the only one who wants it. What good is a world with only Vax Zombie when the dumb bastards smile if you look like shit that day or if you are dressed in diamonds. The validation and valuation disappears. An immortal lives forever, but houses fall apart daily.  Will the 1% want to wait around for the Zombie carpenter to fix their mansion as they wait for the Zombie power guy to fix the plug in for the electric car because lightning blew the fuses, as someone else in the 1% has the Zombie carpenter off being Zombie lawn mower and Zombie power guy is off being Zombie plumber as the fascinating thing is when a bird shits on an immortal, it is still bird shit and you want it washed off, but damn thing is, with no one using water as everyone is Zombie or dead, the water all stinks like sewer and the pipes broke as damn it, no one was making the Zombie make water pipes and those damned robots broke down because some wise ass 1% kid thought it was funny to ejaculate into the main server.

Projections are simple in all of this and I'm sure the 1% has this all figured out, but the FBI does not seem to have contemplated that when 1/3rd, hell 1/10th of the population disappears economically in a crack down, that their pensions are no longer going to be funded as even fake stock markets fall, and then what will a vaxed Homeland babe do, as the thought for the day that eating dog shit is a nutritious alternative to the bugs she was told to eat, as Bill Gates fake steak tube factory ran into a problem that tube steak starts making genetic problems for SynForms.

What there was, was not much soap and even in an immortal world things get dirty, spiders make webs in corners and the amazing thing is in being immortal is that you still get cold, but you can't die, spiders still bite and some tree falls on you, you still break, but you don't die.

As I stated the 1% have this all worked out, but it does not seem that Homeland or the FBI has thought this through, no more than the DOJ, as crackdowns worked in Germany, China and the Soviet Union to make them shitholes, but there was always America to rebuild from. America is going to be a tard vax nation with zombie who can't tie their own shoes or agents who don't know how to load a gun.

I will confirm something 1000 percent. In the Bible, it speaks of the Golden Age, yeah but what you see is people who are doing manual labor and eating fish, and we know this because Armageddon which leads up to this has soldiers riding horses, not tanks and after the 1000 years, the weapons are all wooden bows and spear shafts. Jesus is allot more intelligent than the 1% and when the Bible predicts a future of what the world will be with reduced populations, the 1% are going to generate the same results. There will not be a utopia for the 1%, it will just be a misery they can not die from.