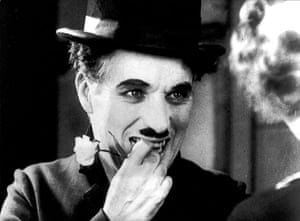 Capitol 'Rioter' Sentenced To 8 Months, Not
Accused Of Assaulting Anyone Or Damaging
Any Property - Trump Set Them Up

I was reading the above ZeroHedge article concerning Paul Hodgkins being called a Domestic Terrorist by the Department of Justice for walking around. It was the Judge though in, the Honorable Mr. Moss who in sentencing made what is an unConstitutional punishment.

I have highlighted the unConstitutional part in Judge Moss was having a struggle in being swayed by the "violence" on January 6th and the overall attack. As only Veteran unarmed Ashli Babbitt was murdered by apparently Chuck Schumer's body guard, and the riot appears to have been instigated by now protected FBI operatives, and the DC police who were punching people, shooting them, and gassing them to set off this riot which Judge Moss, has been personally psychologically traumatized by in "this is a stain on America", it is a point not entering into these cases of people having been framed by the government and then abandoned by Donald Trump, that for most people January 6th was one American murdered by the state, and Americans defending themselves due to sanctioned police brutality.

Judge Moss is struggling as he stated, and the struggle is where this becomes unConstitutional, in his sentencing of the  plea bargain criminal, Hodgkins is about deterring others from joining such attacks even if they are not violent.

That statement must be examined, as this Judge is seeking to intimidate Americans who for the most part Americans are stupid children. They never think of consequences, and Judge Moss has not entered into his struggle the fact that DC police invited hundreds of people into the US Capitol. So the DC police were accomplices in this. Stupid children are conditioned to trust the police and respect the courts, so when a police officer opened a barricade, talks to people and tells them to come on in, that is a jeopardy of justice as the police have stated this entry is legal.

So when the police tell a Citizen to enter, and violence has taken place as Ashli Babbitt being murdered or some operatives are bashing in windows in a frame up, Judge Moss is trying to keep non violent people from standing around based in these broad intimidation laws which the Department of Justice misuses deliberately to intimidate voters.

Judge Moss is struggling with how much to weigh the violence and threat of the overall attack with Hodkins role. "I need to be sure I am sentencing him for his conduct and not others," Moss said, and deter others from joining such attacks even if they are not violent.

What becomes the growing unConstitutional jeopardy in this as Judge Moss is sentencing someone not on his "crimes" but to send a political message of intimidation to others who are peaceful to not show up at protests which might be FBI operative instigated to violence again.

Judge Moss should be aware of his reality being flawed, as he sentenced a man to intimidate other Americans, so I did a quick search in Portland and found that the sentencing of intimidation did nothing to stop murderous riots in Oregon just hours ago.

Portland Mayor after latest shooting: "Thoughts and prayers not ...

This of course hearkens back to the Garland Rule, which the now Attorney General informed Congress that leftists rioting, burning, raping, beating and murdering in Oregon, Minnesota etc.. are not terrorists, because the events happened at night. While the January 6th protesters were terrorism because they happened during the daylight hours. Perhaps this is why the FBI's DC pipe bomber is not being arrested as he planted his egg timer bombs in the dark, so it was not a crime, while someone carrying a flag in the US Capitol faced 20 years in prison for disrupting an event.

NOW IN COURT In first Capitol riot felony sentencing, U.S. argues "Jan. 6 was genuinely an act of terrorism... The need to preserve respect for the law is really at its pinnacle in a crime like this." BKGD https://t.co/wxDmckKRoz

Judge Moss appears an injured individual and is struggling with this case. He has not been able like most Judges to reign in US Attorneys who are engaged in political repression in the police state they serve as they will be rewarded with even more jurisdiction and perhaps the Supreme Court, as Merrick Garland for covering up the FBI handing Terry Nichol's bomb making materials in the OKC bombing almost made it to the Supreme Court and is now Attorney General, overseeing the political intimidation of Americans of a different political tribe that Donald Trump abandoned them to their fate.

According to Assistant US Attorney Mona Sedky, while Hodgkins didn't engage in violence, he walked among many who did in "the ransacking of the People's House."

"What does he do?" Sedky asked the court. "He walks toward it. He doesn’t walk away," adding that Hodgkins was among a mob that forced lawmakers and staffers to seek shelter throughout the building, and may "bear emotional scars for many years — if not forever."

Hodgekins' defense attorney slammed the use of the phrase "domestic terrorism" by government prosecutors, saying in court on Monday that the term is "offensive and gaslighting the country, and it needs to stop.... It was a protest that became a riot, period, full stop."

All of this is Shakespearean but not a Divine Comedy. Everyone knows this is a kangaroo lynching of Americans, meant to set off some kind of violence so that Bidencon can grab AR 15's and inflict Domestic Terrorism on everyone, as without the law, Americans are rotting psychologically in prison, being tortured with cockroaches in their beds and being deprived of fair trials. This is the Gaslight Comedy, and it is even more fitting that Ted Cruz's pillow handler was paid Mockingbird money to implant that propaganda in a book she wrote laying the groundwork for all of this.

Americans are now the Russians and East Germans in this perfect revenge by the 1%. Just as those people's behind the Iron Curtain languished in their comedy of regime edicts and courts making criminals of Jews who just wanted to immigrate to the Israeli state, Americans are fated to being called felons for thinking, for being hunted down for an event which was government operative generated and the continuous threats that, "You better not attend events or else".

It is why the Lame Cherry keeps telling you to stop glomming onto Trump or Michael Flynn. You think Tucker Carlson speaks for you? No he is the Sean Hannity prototype as Rush Limbaugh was, as Bill O'Reilly was as Donald Trump was in he is fulfilling a role and will move on to his Hunter Biden enclave friendships as before.

You are being intimidated to stay away from political events, which are fraud, which the 2022 elections are already decided to the last fraud vote count. You just pay your taxes, obey the laws, prepare for things in keeping yourselves safe for what is coming, and talk more to Jesus than the neighbors reporting you to the government for 50,000 dollar a year FBI operative salaries.

This system is even more rigged than it was against Jesus, as Jesus at least had Pontius Pilate washing his hands of the framing of an innocent man in his struggle too with how do you protect the elite and control the mob too.