Ugly Women Were Not Harmed In The Making Of This Event 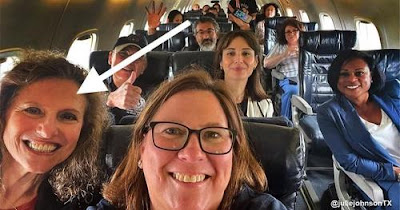 Can we reconsider the national mask mandate....

In the above photo there are pictured some stunt by democrats to not vote on something in Texas, so they took a private jet to DC to spread Coronavirus around. The focus of this was this woman with gum fangs and curly hair, think her name is Donna Howard, and the only reason I can remember that is Susan Howard is a lovely gun owning actress who used to be on Petrocelli and on Dallas, so Texas and Donna Howard are easy to remember in short term memory, but she has that lip that shows off your upper gum and that is just mutant genetically unattractive as what was that human bred for. to eat like unplucked chickens with their pin feathers on the skin as one gnawed off the meat?

I get buck teeth as that helps in eating corn on the cob and horse teeth, well that kind of chomper can crack nuts, but when it comes to high gums, I just can not figure out if this is genetic throwback or is nature preparing humans for eating chores that only the chosen gums will survive?

Here is the deal in I almost vomited at these Texas lookers. It was really  tough starting out with that thing with her face expanded into the camera, as she is always up front and doing selfies. No other democrats want to sit by her, but she is always there like an eclipse blocking out the sun. The sun though would not be blocked out as the woman in the center shown through in lovely sweaty greasy perspiration skin, as I suppose all those fat people on a jet made it uncomfortably warm for feminine hygiene.

Here is the photo. Just lovely in she has the eyebrows which just express beauty as there is nothing weak about this woman. She simply is Texas gorgeous, the perfect woman, and in this, this is what the Lame Cherry is focused upon. 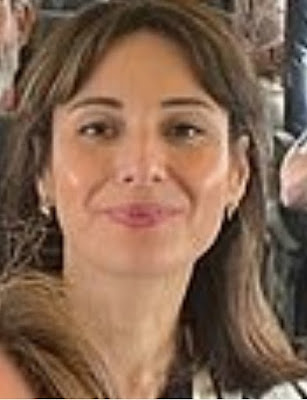 David John Oates revealed on Rense.com that  White House spokesgender Jen Psaki was really upset this past week and now I understand why. I also understand why Alexandria Ocasio Cortez was not dabbling in Capitalism in selling merchandise as she stated, as this was something much greater than that.'

See is all has to do with the Mystery Senator of Phantom Representative pictured above. We have all agreed that Alexandria Ocasio Cortez is the most gorgeous woman in Washington DC. Richard and Stephanie have commented to me about the beauty of AOC and now I understand why in Texas hides all of it's ugly women in Congress as a public service.

You see when the above gorgeous Texas woman landed in Washington DC, the entire paradigm, the global equilibrium, the quantum physics of molecular balance weighted in the cosmic weight of the all which is the universe, was ...........well thrown out of balance.

Everyone knows that two objects can not occupy the same space, and yet here is Alexandria Ocasio Cortez occupying Washington DC and who  graces that city but..........we can not refer this Texas goddess by "Hey You", so let us name this gorgeous woman, let us bestow upon her our adoration........let's see, let me study this woman's face as she heals my sore eyes from looking at ugly fat women in volume...........let us bestow up on her the fitting name, Ambrosia White Perfection, as she needs three names like AOC, so we will call her AWP for short.

So Ambrosia White Perfection lands in DC, and AOC is already occupying the Beauty Equilibrium Of Physics. Frankly I'm suprised with this much concentrated beauty that the earth did not tilt or some anti matter detonation did not take place, but we all know that beauty is not destructive, and more importantly we know that two wrongs do not make a right, so two lefts might be wrong, but a double negative makes a positive, so somehow the kryptonite of these two women was just what Superman said in Jimmy Olson was not going nuts when Lex Luther weakened Superman with kryptonite, but Jimmy figured out that more kryptonite would have the reverse effect and make Superman super strong again.
So nature has a built in buffer, like an electromagnetic field of beauty to compensate when this much beauty appears in the same dimensional sphere, and human annihilation was averted, but alas there were huge rifts in the space time continuum.

The first was that Jen Psaki was very bitchy upset as she was not the second most beautiful woman in Washington DC but the 3rd. Yes she was the 3rd woman out, a real tragedy as Jen was just getting her wind in figuring out how to lie to people about what was going on in the White House. It is a pity as she has such large comforting breasts for a nation needing to be nurtured in all this vax heresy.

With Jen in a mood, AOC was in panic, as she went out to try and raise millions of dollars for beauty enhancement surgery. As the Mahabharata asks though, "If beauty is singular, can a woman be twice as beautiful for is not beauty complete in itself?"

As you can understand now, so many spheres were unleashed in this time of jeopardy in DC as she attempted to retain her absolute fact of being the most beautiful woman in DC, and then AWP appeared supplanting that title as a Texas woman who is not ugly and hidden away in the State Congress.

We all know how this ended in AWP being the patriot she is, withdrew to Texas and saved DC from the cauldron of going super nova in beauty. AOC was satisfied in she kept the money and did not invest in cosmetic enhancement causing the Indian Paradigm of Mahabharata and of course with AWP in Texas, the lovely Jen Psaki retained her title as the second most beautiful woman in Washington DC.

There is a moral in this, in only ugly women from Texas should be allowed to enter DC. The Lame Cherry would like to see Pedo Joe in the Domestic Terrorism bill when it is passed due to another FBI framing of Americans, to set up a screening of women who fly into DC, a beauty scale, where women like AWP would be perhaps let off at Langley so AOC and Jen Psaki could retain their titles and we would not have all of this kind of upheaval, as not all women are like AWP in being graciously beautiful in some may not leave DC. Some will stay, maybe hundreds and I simply do not believe that this kind of concentration of beauty could exist without the fail safes of God and nature giving way and something.......well no one would know what will happen as the kind of beauty of AOC and Jen Psaki has never been in such close proximity. 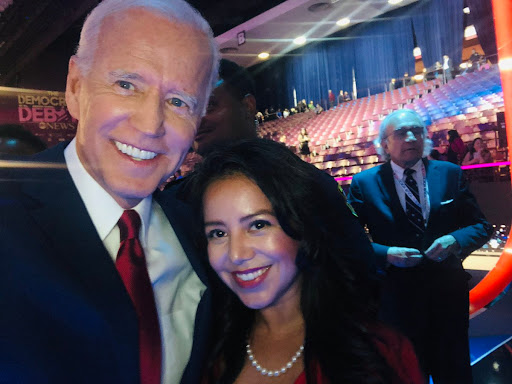 Yes Seniora you may enter DC, as being Latin on the Biden
scale you are reduced 1.25 percentage points so you can never be AOC
Puerto Rican perfect.

For the daring I have listed the fat ugly women, but I caution you to not look at all of the photos as you may be geniuses at not donating, but you certainly are not of the strength as I possess to behold concentrations of ugly.

I suppose Texas having so many beautiful women in it, must somewhere have to have a balance in having really ugly women to make some kind of cosmic deal. They must get added bonus points for finding thee most ugly, putting them into the democratic party and hiding them in government buildings. Of course, there probably is only so much ugly Texas can take and they have to fill in  even that cosmic balance with a goddess like AWP.

I really think that Pedo Joe should for 2024 replace Kamala with AWP as AWP will defeat Donald Trump and then there will be harmony in the universe in all will be vaxed, and honestly everything will be right with the world and AWP will bring this about. Put Kamala Harris on the Supreme Court as she has the kind of mind which belongs there and by that time Jen Psaki will be retired from the White House and be in the burbs, so AWP will take her rightful Caucasian spot as the most beautiful woman in DC, and AOC can take Jen Psaki's spot as I'm sure that AOC in having everyone vaxed would willingly give up the title as the most beautiful woman in DC.

The location of five representatives was unclear

REMASTERED IN HD!Official video of Billy Idol performing Hot In The City from the album Billy Idol. Buy It Here: http://smarturl.it/dia0cn ...