There is Nothing to Fear in the Known 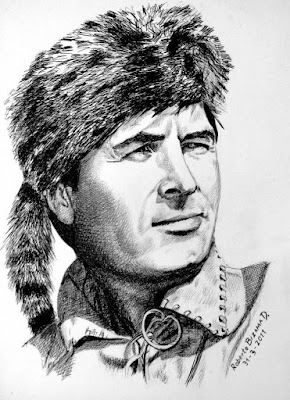 I wanted to thank those who have reappeared and have stayed around as it was pleasant  to touch base again. I was asked something which I was ignorant of.

Seen any of the AndWeKnow videos? Feelgood qtard stuff?

I had no idea of this and started a search and I think this is off this link.

I never have been a Bible verse chapter quoter. I know what it says in the Holy Ghost, but where it is in the books I rarely know.

I did see that John Solomon, Don jr., Mike Flynn and Dan Scavino are suggestions off this Twitter page, so I recognize the company as DIA.  Am pleased I was alerted to it, as it seems to be John Wayne patriotism which does feel good. Nothing wrong with feeling good as it keeps people from being suckered into being framed in riots or appearing in other venues they should stay away from.

My insights tell me that the vax pressure, staged events and this subtle Edward Lansdale herding is working to keep Americans in a loose confederation to pacify them and make them forget the betrayal of January 6th. The constant pressure of being hunted and mandates as a threat keeps groups together which would be packing up and moving on, the same way looting keeps BLM and ANTIFA on the streets as it is a good paycheck.

Someone mentioning now THY KINGDOM COME in understanding it now, and that is the reality as we are moved from a human rule to this satanic overthrow and God's Kingdom is the one by force through Jesus the Christ will establish a peaceful Kingdom after all of this is dealt with by God. Please note the Bible says Jesus deals with this, not you. So events which must take place will take place, and this will all become the worst time in human history with the Great Deception and all of this is designed to make you more Spiritually pure. Adversity builds character and you are seeing what little most people have in what are the easy steps. The lockdown was preparing you for worse to come. I'm pleased that the majority of you have stopped whining, stopped being emotional, and are really more militaristic in your thought processes. I do not mean war or violence, but the growing ability to assess the information and not piss yourselves or go running off screaming at some windmill to tilt against that will get you into trouble.

Every situation you face now as a Christian must be based on not defeat or victory, but on the Sun Tzu strategy which is based on survival for another day. What you assess everything is, "Where are the advantages of this for me, when powers bigger than me are engaged in programmes which you can not stop". You do not want to feel weak or helpless, you want to see the situations in how you can move through them unhurt and unnoticed to your best advantage.

I will use the vax as an example. Once you decide upon vaxed or ReVaxNik, you next make your projections in how staying that way in preparation if penalties come. You project time lines in strategies in the PLUS MINUS in what is termed here in things like, "If this vax harms people, well then the people hunting Americans down are no longer a threat and they may turn on the 1%". If this vax terminates people, then lots of salvage stuff is going to become available. If this vax terminates people who took it, it is going to nullify lots of people whose political aims were to nullify you. You can reach conclusions then in how to make decisions and not feel unempowered. You can assess positives to raise your spirits, make stepping stones to the bridge in the future you are going to. This is healthy compared to whining about everyone dying. As a Christian you have a secure place in Christ, so it is win win.

You were though born for this time and will be refined in this time to a greater Spiritual strength. It is one thing to stand around braying about trusting God and you would never take the mark of the beast, and it is another thing facing the vax, which is not the mark of the beast, but it is a decision which provides a foundation that you will not submit. That is one reason the regime is so focused on the ReVaxNiks in they are a group which had character and are developing resolve to not exist in fear nor be stampeded by fear porn.

Yes it is unsettling to be in this bioweapon world, but you made it through by God's Grace. You dealt with not going psycho or postal in the lockdown. You did not kill yourselves. You actually became a stronger and more secure person. You know what you are made of better and it is the right stuff.

This engineered pandemic cost a great deal and great results are expected. There must in this logical structure be more events to greater break down the structures which people rely upon in order to herd them to a proposed agenda. You do not need groups. They are a regime organized problem. You have God. You have yourself. You know there are other Christians out there in this family and you know Christ has a Promise which is coming.

In Chinaman, you are small, the 1% behind this is large. You go inside not outside. You go into you where God is refining you. You go to prayer and that discipline as those who survive this are going to be the Spiritual ones who are infused in this world and sucking on that cell phone nipple.

As you are here, you have not decided to quit. So you get up everyday and move by the left flank to see what opportunities appear, and while you do not go far east religion, you learn the Shaolin, in you are looked for and no seen, listened for and not heard. No special Star Wars gimmick in "Those you seek are not here", but you trust in God and you keep yourselves out of trouble as you discipline yourselves and stay alive and out of trouble.

Losers look at  the world in winning and losing. Tactical survivors assess everything in a losing situation in how is this going to work to my benefit. When you win, you do not have to figure a way out, it is when you are being overwhelmed that you discover ways the impossible will be used to your advantage.

You will either be incorporated into this VaxNet spiritual body or Christ's Spiritual Body. There is nothing to fear in the known.