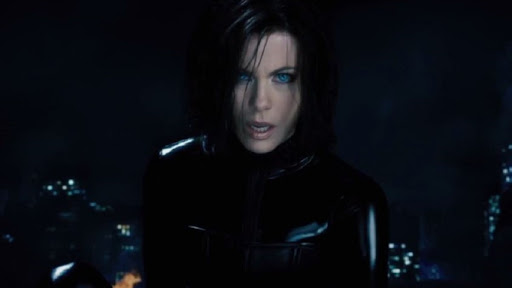 With the issue of glow in the dark UV veins and vax sites on human bodies, the projection of this is now what this would conclude, in why was this purpose taking place?

This blog has noted that immortality requires a higher frequency than humans operate at. It would damage normal human tissue. Think of this as Angels, ghosts and demons.

That is what this Lame Cherry is considering in projections in a higher frequency, due to the Ultra Violet which kills tissues as in sunburns, could this be the touchstone in this of that is being projected in UV's break bonds in molecules to form new bonds, like an expanded lego set, so is this a key part of all of this in the evolution of transhumans as glowing veins and magentism are just that. They are there for reason and by design.

What arrived from Memory Alpha was Bill Gates seeking to put up a big cloud of dust to stop solar energy coming in. As the world is cooling this would be a disaster. So why is Gates nutso about this?

What does the sun produce? Yes Ultra Violet energy.

This is a reach, but think of legend in vampires. They burned in the sun, that is Ultra Violet radiation. People in the End Times are hiding in the caves because the solar output is in an event and the heat is scorching. Was Bill Gates really spraying chems for the purpose of protecting the immortals of the vax zombie, as they have a vulnerable period in being like vampyres?

Think of UV as a poison, as it does kill. Too much fries you. A little makes a nice tan, and maybe a little makes bonds break at the molecular level to form new immortal bonds. Expose transhumans to too much of this and maybe they rot, maybe the decompose, maybe they morph into something really unpretty.

For those of you who have Gieger Counters, you can sit and listen to deadly radiation by the minute striking the earth. That is Gamma radiation from the sun. Little stops it and it sails through you and the earth. The thing is Gamma does have a purpose at times and it evolves cells.  This is about evolution from mortals to immortals, and UV plays a part as it has appeared in the evidence being discovered.

We know these realities, imperical evidence.

None of these are normal in humans. They manifested along with the Wuhan bioweapon and the Fauci Vax. This is not fringe, but evidence which has appeared. A platform is being built inside of humans, even humans as children who have no contract with this adult bioweapon in any danger. The entire population of the 99% is being pushed to be vaxed under penality and hysteria, when the fact is 99% of us have survived this spike protein in contracting it, and the vax has nothing to do with stopping the Coronavirus.

The conclusion is everyone is supposed to be vaxed for this prion platform and other inclusions, and it has nothing to do with an epidemic.

Study this objectively. What do these things have in common, if it is not human?

Electromagnetic currents are in electric motors and communication devices.

Nano particles are tracking or information devices to change structures.

Prions are a disease of the immune system and brain.

Morgellons are synthetic structures based in biological electro chemical reactions.

Add to this same Wuhan time period, one has Elon Musk in SatNet or the Phased Array of the earth with high speed 5 and 6 G wave lengths which are harmful to humans and all blood forms. There is the 5G uplink afforded all over the planet, again harmful to blood forms.

As the evidence has been outlayed for a synthetic evolutionary advance of humans, the above platforms combining in a human body, are forms which will not deteriorate from 5 and 6G, but will be enhanced in a phased array.

In the conclusion, people will no longer be human, but an immortalized type creature of synthetic Morgellon base, a type of walking antannae to this 5 and 6 G, all joined together like ones and zeros in a computer program to form the hard drive or brain drive of this SynForm advanced body of satan. satan being a word meaning adversary, and as God is building the Body of Christ on a different platform, this counter body will be built excluding Christ and producing a like immortal nature. Perfection though is Christ and all other is imperfection, so imperfection like clones have flaws, and the question is, is this where the SCAB the elites have spoken of in Reverse Speech with David John Oates originates?

One can delve into this in the "bryds" of the aliens. These genetic mutations are not the same as humans or they would be readily used. The purpose is the Spiritual organisms which humans have in their DNA. Otherwise the measure would be to just erradicate humanity and make Greys or pretty Nordics. Something in humans which is not yet revealed is necessary to this grid of synthetic flesh.

In starting this analysis, the point in this was the projection of what will the SynForm be? Angels, ghosts, demons were mentioned, just as vampires not casting an image in the mirror. As emp and uv are both higher frequencies, it means these evolved forms will be operating at a higher frequency. They should be speeded up. So therefore is a coming reality in this, will humans be a transdimensional form, or like apparitions, meaning will these transhumans be a vampyre like state, of not really being there, that your hand could pass through them, that they would appear to be able to see through them as their molecules are moving so fast, or will they vanish altogether and like ghosts only become visible in ion chargers like a lightning storm?

In that, will the ReVaxNiks appears not moving like on Star Trek in the Wink of an Eye or like with birds whose metabolism is so fast that people appear like statues?

An advanced creature is being evolved. It would not make logical sense to leave them dinosaur human. Elon Musk is a wonderful for warped imaginations, but in this, will the time come, that a SynForm, being energy be able to not just be connected, but uploaded to satellits and transfered like a data package? Humans are not going to be just cell phones with batteries where the signal travels. The 'solid' is being energized to a circuitry and it is already glowing. The projection of this would be the 1% would desire to be Christlike in a body after resurrection being capable of appearing over distances, walking through walls and transporting to Heaven. After all that is the original blueprint in this insanity in Lucifer become satan leading other super charged beings to knock God off His Throne. The created attempting to replace the Creator in Nimrod form.

God stated at Babel that humans had the capicity to in united speech to accomplish all the immaginations of their heart. Babel was a tower to get into Heaven not to rule on earth.

A Synform group is being generated. That is power and the 1% utilizes power. This is all being evolved with a mania for this time. They are becoming immortals, not to go to the stars, but they are going somewhere. That kind of combined power is of limited use in this dimension, so what dimension will it be employed and what amplification of a pulse of 7 billion humans all connected in Musk grid produce to displace other power sources?