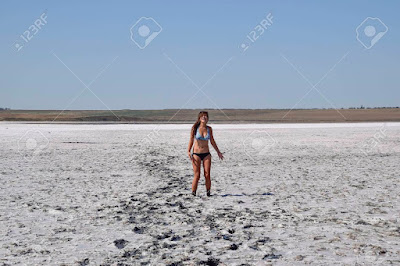 when you said let's go to the beach, I didn't know the lake was the whole beach...

Awhile back I informed you children of how this HAARP enhanced drought was being progressed to drive American Caucasians out of the prime areas of America for promised Chicom colonization. Do the strategy of the 1% in this, you already have massive Chinese settlements from Vancouver BC to San Francisco California as operational platforms to riot, to sabotage and the make war in being armed with PLA arms shipments when the word is " wéi qí" or GO, or in literal "I Rid" the final solution will occur from Peking in North America as promised by the 1%.

Here is a literal United States Interior Department eye witness account of what is going on in thee American West. This is the action report of the policy of the ID and what people on the ground are seeing.

Remember in this that farmers are being denied water for crops to feed you. HAARP has enhanced the drought so material is ready to burn. Remember in times past when there were national efforts to fight fires like at Yellowstone? There is absolutely no containment of these fires. Remember how much hell broke loose in Oregon on the Malheur Siege, over a fire and that rancher went to prison, well the US policy is now not to contain fires, but to let them burn to the extent, that the federals are draining all the water supplies from the states, meaning people are having water rationed in these states.

People are talking about food shortages, They have no idea that a water shortage is being created by these HAARP fires. This water shortage is not going to be remedied, as that require snow, and that means this water shortage this year is United Nations control of water next year, going to set the stage to dehydrate people so they will not have water to drink or bathe, no water for livestock or pets.

No one is going to want to buy a house, save the Conglomerate Hedgers if there is not water there. This is the perfect set up for the promised Chinese colonization of the pristine American West.

There are 2 fires in the Big Horn Mountains - one south into WY and a 60,000 acre fire on the Crow reservation (MT) that is too high up to fight it.  Alot of these fires are 0% contained.

An unusual thing is that they are taking large volumes of water from lakes and other manmade water sources, and this is adding to the depletion of our drinking water and the water needed for cattle - so cities in Montana have issued stage 1 and stage 2 water salvage (respectively).

Remember they trialed this in California in burning out rich celebrities before. They shut down the water supply and they will be able to force millions of Americans from their homes and make them refugees in three days.........and they all will comply. Wei qi, they will rid America of these Americans.

PS: And as I was replying to this source, the email deleted on it's own and the mail clicked to a new message. Just another coincidence.