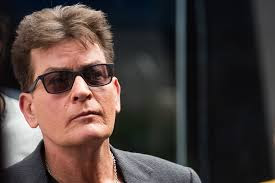 Trump gave me fake diamond cuff links to humiliate me,
I took it as that is what you do, Ricky should have bent over
as we all got to do it sometime.

There was a most informative time line of events on the American Conservative by Pedro Gonzales concerning the Witch Hunt Against Ricky Vaughn, who was an internet character lurking in the AltRight in 2016 AD as Donald Trump sent out Roger Stone feelers to utilize most of the fringe media right and left for their purposes. We know it was the left too as Uncle Gordie of Veterans' Today mentioned to Jeff Rense that Trump's people appeared on his door and were asking campaign advice early in this.

When I read of this Ricky Vaughn case, what was evident in forensic psychology was that the DOJ did not indict Vaughn or move against him, until Trump was leaving the building. As stated there has always been a strange Patrick Byrne overlap in all of this in Missing Links and shadow intelligence world which Roger Stone operated in. It is a great deal like, a Monty Python skit in you see Confuse a Cat actors parading by and you wonder, "What the hell was that?", as you know something in this was bizarre, but you never see who it was who engineered all of this.

This blog mentioned Ricky Vaughn, because it viewed him as a tongue in cheek Bill Murray satirist. Murray once took over a bar, and I believe only served customers one kind of drink no matter what they ordered. It was just Murray over the top, and while his taking over a bar is a crime, his cheating customers would be a DOJ crime, his intoxicating people is a crime, everyone laughed and no one took it seriously. No one took Ricky Vaughn or the Alt Right serious either, no more than Donald Trump's WWE theater, it was theater, it was pussygrab bragging, that of the kind of rough house that is normal America in cafes and bars where people say stupid things for fun.

The DOJ though took Ricky Vaughn serious after Trump left the scene. That means this has been on the burner for sometime in someone was just waiting like setting up the Jan6ers for a fall. I had thought about this situation and then let it go as like all of this criminalizing Americans for being stupid is a push from behind the scenes which is happening, nothing can be done about it in politics as they are all in on this purge and the charges make no sense, except to intimidate voters.

When you have noted people like Andrew McCarthy questioning what is going on with Ricky Vaughn, this is not the fringe making incendiary comment, but people on the inside who are pushing back in this turf battle for power.

I was reading Pedro Gonzalez's piece and I think the answer to what we all have been wondering about this is contained in the long quote below. I will have you read it and meet you at the bottom and see if you can find what I believe is behind this prosecution really, as Ricky Vaughn is being charged on a free speech right in a vote intimidation which the stature is limited in covering.

As a kind of moderate within the movement, Mackey opposed the use of real-world confrontational or violent methods, unlike fellow travelers like Christopher Cantwell. Andrew “weev” Auernheimer, another member of the alt-right, accused Cantwell of being a federal informant during the spat. Cantwell, in turn, accused Auernheimer and Mackey of conspiring to undermine the movement. Apparently frustrated with Mackey’s criticisms and calls for moderation, Nehlen revealed his identity.

On April 5, 2018, the Huffington Post’s Luke O’Brien published the first detailed profile of Mackey following the dox, connecting the dots between “Ricky Vaughn” and the Middlebury grad behind the avatar. Though O’Brien mentioned the Cantwell-Auernheimer-Mackey dispute, he did not note that Cantwell had already confessed to being a federal informant before the Mackey exposé went live.

Sometime after the disastrous 2017 Unite the Right rally in Charlottesville, Virginia, Cantwell began talking with federal investigators. “As for speaking to the FBI, I have hinted at this publicly, but I discussed those details to Weev in confidence,” Cantwell wrote in late March, more than a week before O’Brien published his story. “His plastering our private conversation on a forum should speak to his reputation.” Cantwell appears to have been accusing Auernheimer and Mackey of subverting the alt-right, pushing for the extreme “vanguardists” over more moderate “mainstreamers,” while also being in contact with federal authorities.

It is likely that Mackey first appeared on the federal government’s radar in 2018, but, for some reason, investigators did not charge him for something he did in 2016 until 2021. Further, in 2019, the FBI investigated former foreign affairs officer Matthew Q. Gebert for his ties to the alt-right—and Gebert, like Cantwell, accused Mackey of being insufficiently radical and had a running debate with him. As “Coach Finstock,” Gebert created a thread in 2018 on The Right Stuff forum called: “Ricky Vaughn is a N*****f—– who has no place in [The Right Stuff].” Given Cantwell and Gebert’s connections to Mackey, it is hard to see how the FBI or Department of Justice wouldn’t have noticed him well before 2021.

The formal investigation into Mackey appears to have begun last fall with interviews of Nehlen and Loren Feldman, a filmmaker briefly acquainted with Mackey. His indictment began with and received approval from former President Donald Trump’s Justice Department.

In the above, the evidence seems to be two things.

Think 1: Control of the Alt Right in one side wanted moderates and the other wanted political flame throwers who attracted attention.

Think 2: Outing of a federal operative.

No one knows what Ricky Vaughn really was or who was backing this. Vaughn was a very talented satirist who just appeared like people are once again appearing taking control of the post Jan6 narrative in the COVID Vax. The Alt Right disappeared with the installation of Donald John Trump and Donald John wanted nothing to do with these people in 2020 as they had all vanished as quickly as they were created.

In looking at this from an intelligence or security operation, based on the two Think Points, just as there was an establishment war to take over the Tea Party which destroyed it on schedule, there appear to have been factions fighting over this Alt Right, which in reality these were Socialists or National Socialists, yes the term in Nazi as coined for the Bavarians as a slur, but people on the left are leftists, and Hitler was a leftist just as all National Socialists are, as that is what socialism is, it is a left wing dogma.

So we have a contesting of political direction in this group. We have the FBI involved with an operative, as they have more people in most of these groups than there are people. And in looking at that the conclusion is, the character of Ricky Vaughn was taken out like Trotsky for challenging Stalin. He was doxed and he disappeared. He though did something in this control and this outing of FBI operatives which really pissed off the people who sit behind big wooden doors and are seated around big wooden tables, deciding how the bleaters are going to be managed.
This goes back to Bill Barr who orchestrated all of this. Barr replaced Sessions, and was not even a part of this, but Barr was sent in to shepherd the agenda of pressuring Donald Trump to stay on the leash. Barr was the lead in the great cover up in the disappearing John Durham and the shutting down of all election theft investigations.  Barr also specifically had a target on this Ricky Vaughn for something Vaughn did which was not about texting to vote in an echo chamber.

Vaughn it appears got too big, was setting an agenda, and refused to accept where this phantom Alt Right was going to be evolved to. What we saw was Pepe after North Carolina in that staged riot, fell to incitement not by frog, but by Trump flags chasing Biden convoys through Texas, and these inflated White Supremacists who are not so white, but more green on government payrolls, all to draw in this group to January 6th after the DIA through Mike Flynn had this group bouncing off the walls with Qanon voter theft installing Biden.

In the article they differentiate between democrats doing what Ricky Vaughn did and walking free in disenfranchising Trump voters, but this does not appear to be a right wing or left wing event, this is about Ricky Vaughn and no one else. It looks like this character really pissed someone off when the ring was presented and that offense is what is at the center of this.

The 1% who put Bill Barr like all of Trump's people into place, know what this is about. Bill Barr knows as he spent a mountain of effort to put this payback into the DOJ to crush the life and make an example or Ricky Vaughn in a lesson that they want Vaughn to be tortured by this for years, and he will be nothing left after this meat grinder of the courts sieves him.

As this blog stated from the beginning, there are things you can talk about, only if the lords and the priests talk about it first. Just like a traffic stop, you say YES SIR to the officer and do as you are told. When the 1% orders things one way, you do not upset that apple cart.

For whatever Ricky Vaughn really did, the indictment if cover for the real torture chamber he has been put in, as the people behind the big wooden doors want him to suffer and he is on their leash and they do enjoy it, when they think about it from time to time.