A History of Nazi Love 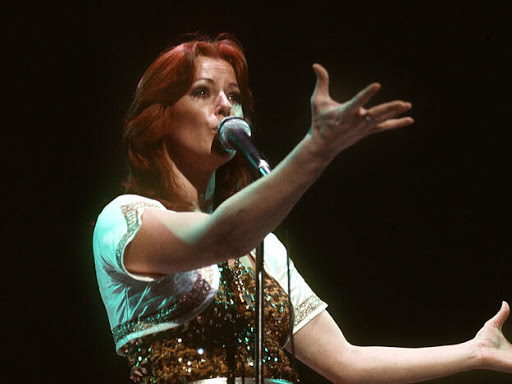 I'm just finishing up a Mockingbird "complete history of the German Reich" by William Shirer, and what follows is something you will never hear in history of Saving Ryan's Privates of Swindlers List.

Read this quote as it will explain why the beautiful Anni Frid Lyngstad of ABBA is featured.

Some 200,000+ babies were born to German fathers during the French occupation. There was nothing special about French women: in one of the Channel Islands, 900 such babies were registered. In Norway, 8-12,000 babies (including Anni-Frid Lyngstad of Abba fame) resulted. Such marriages also were encouraged in Denmark and Holland.

There are thousands upon thousands of joyful pictures of the liberation of France in 1944. But among the cheering images, there are also shocking ones. These show the fate of women accused of “collaboration horizontale”. It is impossible to forget Robert Capa’s fallen-Madonna image of a shaven-headed young woman, cradling her baby, implicitly the result of a relationship with a German soldier.

Ponder that for a moment, in hundreds of thousands of women in German occupied lands had relationships and marriages with Germans. This was not rape, nor was it one sided on the Soldiers part as the Nazis did more than frown if Germans were having sex with foreign women. As the tides turned in the east, the SS appeared and killed these women. 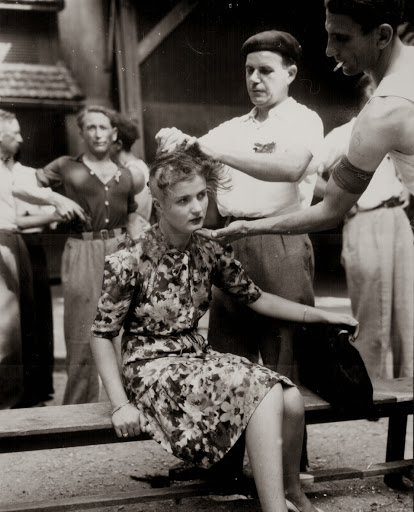 As you can see the French brutalized their women for having relationships with German Soldiers. They shaved their heads, beat them, paraded them and humiliated these women, which is a war crime which no one has bothered to make an issue at Nuremberg
This hypocrisy is offensive to me, because we know the Soviets gang raped and murdered hundreds of thousands of German and Slavic women. We know that American occupational troops raped German females and whored them for crusts of bread. This is far different from the German Wehrmacht where the women willingly were with Germans.

Anni-Frid Lyngstad  was a child of such a relationship. Here is history you were never shown. 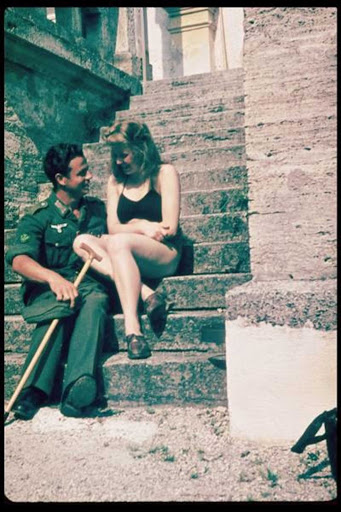 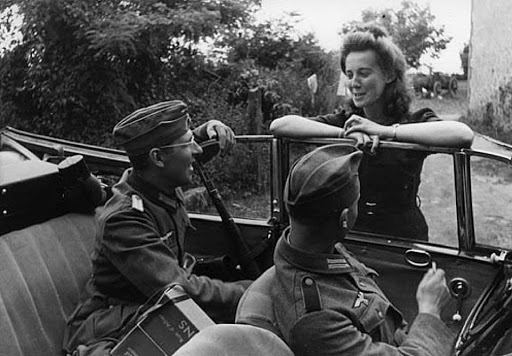 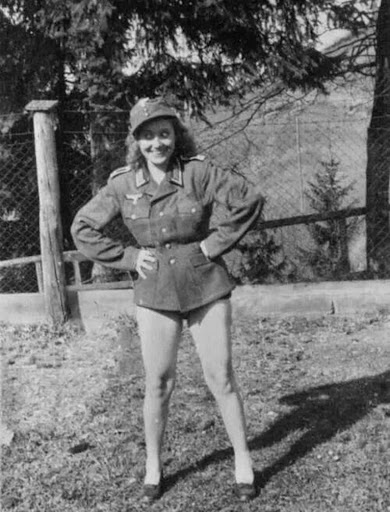 This photo is telling, as after the allies invaded France, German Soldiers were captured, and below is the reality in the American POW camps, they housed French women married to Germans. It was far safer for these women and there was a difference between American combat Soldiers and the troops of occupation.

All you have been shown is German slave labor, camps, looting of nations, and yet there was a vastly different side of Europeans who did not just welcome Germans, but married them and had hundreds of thousands of babies with them by choice.

Yes a smiling Adolf Hitler. A Hitler was was humane to the British and French which is what cost Germany the war.
None of this discounts the atrocities of the Nazi's making medieval war in a modern age. Equally the Soviets committed massive war crimes in exploding bullets in combat, the English with Bomber Harris incinerated entire German cities. The Americans knew all of this and refused peace offerings.

Every American GI killed in Europe after 1943 was dead not because of Gernany, but because Frank Roosevelt refused a peace to allow Germans the dignity of living on their own soil. What followed was a Cold War with the Soviets which bankrupted America and turned it into a Nazi state.

Those are the facts.

Just remember the Germans were not always the bad guys. Women made a choice and they chose Germans, while Americans and Russians had to rape European women.