Before You Bite on Sputnik Five 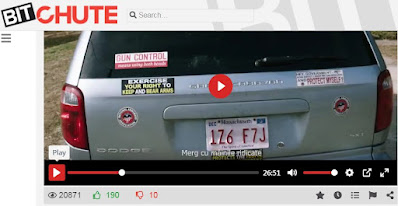 From the fertilized minds of leftists
John Cusak and Sammy L. Jackson

Before you start worshiping at the vax of the Russians in Sputnik V in being effective against these harmless variants of Delta and Lamba which are mild head colds, the Lame Cherry reminds all of you that at the start of this, Astra Zeneka stated it had an mRNA vax just like Moderna and Johnson and Johnson.

That switched in news reports to being a AdenoCorona, which is what Sputnik V is. An adenovirus is a common virus in humans in the common cold type. It has been used to vaccinate military people for decades, the problem is once you use this platform by splicing in another virus, is your body is immune to that adenovirus.

That is why the scientists started looking for others. The Chicoms made an adeno for Ebola even. What was found was primate or gorilla adenovirus in their feces. These adenovirus are from chimp shit and that is what they are injecting into people, fused with the spike protein. The adeno is the carrier platform.

So you do not miss this, the problem in all of this is the SPIKE PROTEIN which outside of cells is a Synthetic Prion, which has been harming and killing people, which is the vax. The problem is that Astra Zeneka is basically the Sputnik V. So even if Sputnik is more suited to the Delta Indian variant, which in England gave people a runny nose and headache, again this was not killing people and they were recovering, it IS STILL THAT SYNTHETIC PRION INJECTED INTO HUMANS WHICH CAUSES REAMS OF MEDICAL PROBLEMS FOR HUMANS.

So thinking that Sputnik V is different is a fallacy. Maybe Sputnik does not have nano particles, Morgellons or magnetism in it, nor replicating platforms for shedding, it still is injecting a toxin into your body.

It may not have URA or Uracil in it, which is a base amino acid carrier which is in the other vaxes, but it still has that prion in it. I will explain further below.

This is not what Vladimir Putin was stating as the global diplomat for the past 30 years. This was someone who had a psychological change. The vaxes in the West have been exhibiting psychological changes in people were malleable and agreeable as would a globalist intention be. The Lame Cherry has made the point, what if the Sputnik's characteristic is to turn off the switch that stops people from launching wars. What if Sputnik Five is by vax creating Hitlers who liked starting global wars and thought they could win them.

Is the trade off then acceptable, in the Sputnik works against the common cold, but in return for that protection it has you launching nuclear weapons or thinking you can beat your neighbors head in with a brick, because that prion has turned off that psychological curb in your mind.

Killing passive Peter to save Nuclear Genocide Paul is not the answer. We do not know what these vaxes would do as they should have required a decade to find the short and long term effects. Instead of a few hundred case studies we have hundreds of millions of zombies in the making and no one knows if Sputnik V is going to turn out millions of Jack the Nukester.

Do not jump out of the frying pan and into the fire. There are worse things than death and vax worship is one and what follows appears to be a vax hell on earth. We really do not need a nuclear glow highlighting the genocide of humanity.