Walkin' in the Sunshine sing a little Sunshine Song 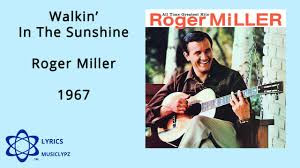 The Lame Cherry will assume on this hot June Sabbath Day of the 5th that the warning from the Holy Ghost concerning the future is proving the point which is coming true that money is not saving anyone.

Out day was one in 100 degree heat in the struggles of being poor. We had purchased a Farmall H and the seller was as helpful as a brain tumor. The tractor would not start after fuel and spark plug change so it gets more in depth, in I pulled the tractor out of tight quarters in a shed with more dust on it than fields have, and due to the generosity of JYG we had a tow rope as other measures were not measuring up.

We got the tires pumped up and they held air thankfully. One is leaking fluid in the rear and the hub is rusted so that is another cost in this gem.

It was when we got it out that I noticed the John Deere mower which came with it, the tire was flat and not holding air. Saturday and high heat meant no fixing it, and so we pulled the mower off. John Deere mowers are head up the ass. You have to bolt the mower to the draw bar. So I'm building a hitch for it from JYG that I sledge hammered out later in the heat.

So we pulled it home, it would not fire in pulling it, so that means the carb or electric or both. I have never seen in my life more shit going wrong with tractors. My old man could leave stuff buried in snow and it would still start in pulling it. This chit acts like it has no idea it is a combustion engine.

So Sunday will be under a half hour in taking the stupid back tire off which looks like a chore and putting on the hitch I have invented by God's Grace. As the H is home now, I can beat on it with a hammer and make it obey me. It will come around as all tractors do, but when you are poor, this chit is just stuff that should work. I thought my dad was the worst tractor owner in the world. I have found several others that are jack and shit in poor tractor upkeep.

So the H is our new lawn ornament. TL was broken in, in pulling me home and did a marvelous job. People have no idea the complexities of pulling things until it kills them. You go up and down hills, you  meet people, you have dust in your eyes like riding drag on the cows and you putz along because these tractors were not meant to go over 15 mph, and 10 is about the max in pulling them.

See in the past, you in all of your luxury used money to get things done and validate you. In the future you are discovering that you catch bioweapons, that your mouthing off gets you FBI indictments, that the 1% engineer things on a global scale which is now biting you in the ass. The savior of money is a bit short when food starts costing more than you have.

It will be a real growing experience in being rich and money not solving things and worse yet, money no longer validates the rich, so what do you find substance in yourself when you have never developed any character for your entire life.

Read the Psalm below and it explains your problems.

For the director of music. Of the Sons of Korah. A psalm.

1 Hear this, all you peoples;
listen, all who live in this world,
2 both low and high,
rich and poor alike:
3 My mouth will speak words of wisdom;
the meditation of my heart will give you understanding.
4 I will turn my ear to a proverb;
with the harp I will expound my riddle:

5 Why should I fear when evil days come,
when wicked deceivers surround me—
6 those who trust in their wealth
and boast of their great riches?
7 No one can redeem the life of another
or give to God a ransom for them—
8 the ransom for a life is costly,
no payment is ever enough—
9 so that they should live on forever
and not see decay.
10 For all can see that the wise die,
that the foolish and the senseless also perish,
leaving their wealth to others.
11 Their tombs will remain their houses forever,
their dwellings for endless generations,
though they had named lands after themselves.

12 People, despite their wealth, do not endure;
they are like the beasts that perish.

13 This is the fate of those who trust in themselves,
and of their followers, who approve their sayings.
14 They are like sheep and are destined to die;
death will be their shepherd
(but the upright will prevail over them in the morning).
Their forms will decay in the grave,
far from their princely mansions.
15 But God will redeem me from the realm of the dead;
he will surely take me to himself.
16 Do not be overawed when others grow rich,
when the splendor of their houses increases;
17 for they will take nothing with them when they die,
their splendor will not descend with them.
18 Though while they live they count themselves blessed—
and people praise you when you prosper—
19 they will join those who have gone before them,
who will never again see the light of life.

20 People who have wealth but lack understanding
are like the beasts that perish.

I do wonder in the message that they start decaying while walking around as people are and not the grave. It is a troublesome thing to be immortal and death can not save you. You remember the Scripture where their worm dieth not?

Time to see what tomorrow brings for the living.