Being Prepared is for Where You are Going 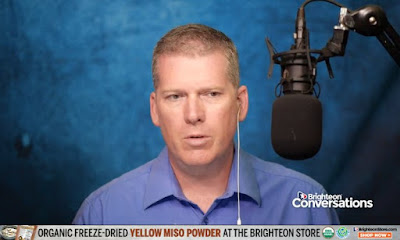 I don't know why people say I look like Big Hoss

I received this note today and am moved to address it as I have touched on this before and will explain a few things after your read P's note.

Wow.... has everything I've done here going to be for naught? Are you aware of the 10th planet approach that is supposedly going to cause a pole shift and global "slosh" of the oceans? Supposedly within 2-3 years. This is Mike Adams interviewing John Moore. They talk about the vax for a bit at first. Start at 18min. I'm not sure what to think of this. Maybe this is what you are sensing. I'll be underwater here. "Globalist extermination window to wipe out humanity is rapidly closing - John Moore interviewed by Mike Adams"

OK the projections first. If you have massive tunnels augured all through America and 1% bunkers, you know that you do not have provisions for 320 million Americans. No one does. So a remedy would be to produce a prion to make people more compliant, so they will accept having the doors locked on them.

I have written of this in the archives and it is all there about this tidal wave and the height of the wave. I have examined the work of that Russian who I forget his name, in explaining the effects of near earth passing of massive objects in waves rising thousands of feet. I wrote on that or it will publish soon as dinosaurs and waves that high need less gravity that now and a zero gravity by another planet.

I base my projection on the Bible. We know Wormwood is there and we know the stars fall from the sky. That is in Lame Cherry terminology, THE HEN AND CHICKS.  We know that the islands will flee. We also know that after all of this "the great sea is gone" That is the Mediterranean.

OK so the above in physics seems to indicate a large object. Wormwood is part of the chicks, the stars would be meteors in tow of that object. Christ reveals in the Revelation that Jerusalem splits and out of the Mount of Olives a river begins to flow for the 1000 years which revives the Dead Sea.

We know of days of darkness. We know of dark sun and blood moon. That is debris in the atmosphere, but it is not permanent.

Ok on that background we do the projections. When I inquired years ago, the matrix indicated a meteor strike from west to east which hits the Atlantic. That wave sloshes into Europe. Yes there is a back slosh or a reverse tsunami which washes up on the American shore. I have not inquired of this again and time lines do change.  I was not noting any pole shifts.

People did not get wiped out when this happened in Biblical times. The sun dial went backwards it is recorded, and that is the earth spinning backwards and the earth did not split or it was a bright counter star, again a large object, and the Bible records no loss of life.

To respond to tidal waves as in Maine, Maine has the Appalachians. It also has highways and in few hours anyone could make those higher elevations if it came to it. These events, and yes I'm feeling them all, are not going to happen without warning. You will have weeks to get your shit out of Dodge.

So does that mean that you give up your home now. Not in the least, because you can prove this in a bathtub taking a bath. If your hand is a meteor, you change the angle and the waves affect your knees above water differently. If Wormwood would hit in the South Atlantic at a northeast angle, then Maine would get a few hundred feet surge and that would not amount to anything on the interior. The splash would instead hit Africa and South America. This thing could hit Kansas City and the land becomes liquid at that point, and Maine is just shaken. Not to worry people, but New York City is sitting on a mega quake fracture like Madrid. I would not be there for love or money. But you saw that people did not die from that Aleutian Quake in Alaska, so Maine is not to die for.

This blog has covered a great deal of this in the Russian's work in do not forget that the walls of water were not tidal waves but water pulled up by near solar bodies. Water is not going to slosh back like you dropping a water balloon. Big objects will hold zero gravity for a very long time and then will lessen and the waters will recede, not causing a sploosh.

I personally would not follow the 1% underground in tunnels. Big earthquakes will collapse as in trap and bury the elite. As the Ozarks are mentioned as the safety zone. New Madrid is there. It will kick off in pressure. Thinking you are safe there is not taking into account the Texas flood plain and a back slosh off the Gulf washing those in the Ozarks to the sea. If that happens there.

What every person does is prepare and then watch. There are a half dozen manmade and natural events which would wipe life out in every location on earth IF things happen where you are. These people are not factoring in their concrete bunkers will save them. No they will entrap them and crush them if flood or quake happens. Elon Musk is building on a flood plain and those goobers in their silos are probably going to be trapped in them. Any person in a series of big events has the odds to survive more in their own house with it falling around them, because it is just plaster and not foot thick crushing concrete.

I will close this out in stating the Bible says the mountains will disappear too. Those boneheads holed up there are going to have a hell of a ride down to the bottom when that happens, and be ground to dust. The entire purpose of being prepared is being flexible, having options and getting to where you want to be, before 10,000 maniacs decided next week that they want the same thing.

I play the edge zone here too, in I have nuclear mine fields of fallout which could make it hot if things go bad. That means indoors for a few months, but only a fool says they are in a safe location, as I have published my favorite account of Davy Crockett where he was hunting bear, mentioned the great tears in the earth in Tennessee and how the earth was still roaring after New Madrid. You learn to adapt, weigh the chances and base your outcome on decisions you have thought out, and are not standing around bawling in not knowing what to do, because you prepared and know what to do.

Don't sweat the worry if your garden of eden might get washed or nuked, as this vax is going to open up lots of real estate and so will the mania of big events. The Bible says people in fetal position. That is people going insane and rich people will be the first. They won't survive from fright and you will just move your things into that mansion and take over their goodies.