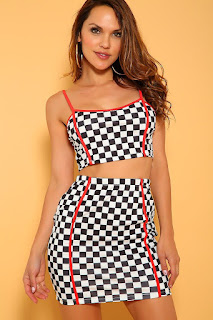 As this blog warned all of you, there is a coming August push through to the fall in forcing people to be vaxed. This is a point of your having to decide if your life is worth the vax or you will prepare to move on to another location and job. Just understand that people who are in non vax states, that they do not want you there.

TL and I snarl at all the out of state license plates we see as we do not want that shit here taking up resources and we are seeing people from even Idaho here, and you know it is bad if the Aryans are fleeing their compounds.

Lockdowns Masks And The Rules Are Coming Back
Says Dr. Vernon Coleman - Watch

Flashback - Pelosi Said In April 'We Cannot Require
Someone To Be Vaccinated...It's A Matter Of Privacy'

9 FEMA Camp Facts You Must Know

So now Chinamart and PedoDisney is going to force people to be vaxed. They will keep whittling away at this, using this summer cold as some new dire variant threat when the FACT is what people are manifesting is a headache and running nose. That is also cold an allergy and people are not going to die from hay fever.

The question you have to decide upon as you walk around is what lifestyle choice are you going to make. Is your job worth the vax. Is your luxury life worth the vax? Is your freedom worth the vax? That is what most of you have already answered, and said YES.

I was listening to this Canadian on Rense.com, and he is most amusing in his Trudeau gulag in how he deals with life. He is most helpful in sharing his take on life. His latest tutorial was having a cover story so you do not get caught lying to the authorities, which is what he does in Canada most of the time.

His cover story involves his being a Schitzoid as no one likes dealing with half wits. I wonder in that how long that will last in a FEMA round up as they will come for the half wits too. But it serves him well in riding on trains without paying, as he frustrates the authorities in searching for tickets which he finally produces, which are old, but they do not check them.

The easiest part in this is the Lame Cherry of not lying to the authorities or getting yourself into situations where you are going to lie. You can't get into trouble if you  do not go there.

TL often remarks how stupid TL's priss family is. They are in the vax metro and sneered at rag picker me. They treated us badly a few years ago in showing up here, and I threw them off the place. That was stupid of them as the safe place is the Brier and they are never welcome here, like all this other refugee trash. We are in the Brier because while all you rich people were selling your portfolio souls, we were preparing for the sky to fall. We have a neighbor system, we have sources for things from people even more off the grid than us, and with God we have a survival chance which is a thousand times harder if you stayed in Disney Dodge with a pedo finger up your ass. You chose what you did to associate with the Socio Conglomerates and luxury which will bring vax mandates. Staying in Sodom is your Sodom and Angels are not going to drag your Lot ass out of there.

Mr. Verstappen is not going to be vaxed, not that he works for Disney, but it amazes me the things he came up with in his cover stories, as if you do a search for vax cards, they actually come up on archive.org for downloading. His idea was to make his own which people are getting arrested for to stop others from doing this, and to laminate a card to hang around his neck as Canadians do not check jack or shit apparently when you are buying sardines in a can.
I actually looked up the Maryland health site as that link came up and other sites, and they recommend that you take a photo of the vax card and keep it on your cell phone to flash at Vax Checkers. Amazing thing this technology in the government tells you not to carry your card, but only an image of it.

I still am of the mind that if people are prepared, hunker down that in 18 months none of this is going to matter. Sure you have the Socio Cons pushing this stuff, but if you look around, you rarely see people in masks now who have any sense. People have moved on, don't care who is not vaxed as that is their problem is they die, as the vaxed are told that they can't die from the infected now so that is why they got the vax. People just want to move on, and there will be larger drama than the vax hysteria as even Dr. Fauci said this would be over in 2022 AD in the year of our Lord. So he is an insider and that is the time line he revealed. So you figure how to navigate to 2023 AD in the year of our Lord and there will be much bigger problems to deal with which will distract the Vax State. Besides it is kind of hard to show your cell phone when the power goes off. I highly doubt any basic type grocery is going to relish being the KGB in doing strip searches for vax cards.

Each of us is going to have to make a decision as that time is coming. You may have to face the reality of prying your fingers off your luxurious life as you can not take it with you, but if you have that kind of life, you should have had sense to have another location you could visit for six months until a new phase of this initiates. Read your Bible as things get interesting before they get better and none of this is but an opening phase of life in the SynForm lane.

Just be well aware that is vax is just the first step, just like Income Tax and Social Security were the first steps to get to this vax step. There will be more to follow, more threats, more penalties and more measures which will be mandated.

There is a concerted effort to label people and it is from inside the system. A man who has been quoted here often enough, explains how this is all carried out, and it will be carried out again. Fully expect just as vax card stories are planted with arrests, that you will see prosecution of the unvaxed, before this is over, for the claim of infecting and killing others, to get people to submit.