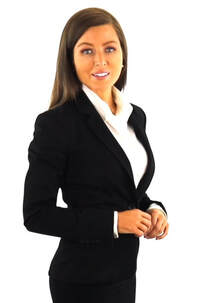 I would suggest you go to the covidblog and click on the seizure of this woman in her car as her terrified children tried to help her.

34 Yr Old MA Woman/Mother Of 3 Has Seizure
At Wheel 5 Days After Pfizer Vax - 20 Seizures
In Next Four Days Could Have Crashed, Killed Family

While this is termed a seizure, seizures are in epilepsy both quiet and violently shaking and loosing control. This was interesting to me as it began in her left hand when she was driving, then her right hand, she did not feel well, so thankfully she stopped the car and then you can watch her begging for help.

The Lame Cherry's focus in this case is why, as if you have brain damage from a prion, one does not get better, but degrades. This woman has had spells of this since her first episode and under treatment.

I got back to remote viewer, Dick Allgire. His first read of this was that this bioweapon loved sugar. As you can see in the above, low blood sugar causes seizures. The synthetic prion is a hyper reproductive organism. That kind of manifestation in the body causes vast consumption of energy. It is why numbers of people have fatigue as that prion is eating everything. In this, the projection is this woman, had her sugar levels drop and that is what caused these seizures.  The reality is that prion does not have a shut off switch so it is going to continue to reproduce along with the super antigens. When flu seasons arrive, people will see another spike in the auto immune response just as in the dead ferrets this was tested on.

The untested toxin is now FDA approved and Anthony Fauci and Joe Biden are telling you to get it along with Donald John. Put it this way. NOT ONE PERSON IN POWER has died or gotten sick from this vax, while thousands of others have died and have had results like the shaking woman. That is not possible, so that means the elite are not getting the same vax given to the public, it is probably saline as there were boxes of that shipped out. Numbers of healthy people who have zero to fear from this biological weapon as their immune systems will have them recover and that includes CHILDREN should never have gotten this serum as it is more harmful that the bioweapon. This woman would not have had any problems as she may have had Corona resistance in she did not contract it previously, and she would not have to deal with these episodes. She now has that, and the problem of her children which society will have to care for if she degrades.

I believe every Darwin, every liberal should take the vax, and take all the vaxes as Anthony Fauci is saying to mix them all up. There will be mandated boosters as this blog stated, so those wanting this should line up and get as many as they want and then some.

Others though who have had the virus or have not contracted it, because they have resistance, should in fact trust to their immune system as it has protected them, they have immunity and it is unnecessary as someone who had measles or chicken pox to get vaccinated for them.

It is sobering to witness events like this which are unnecessary and this woman has zero legal recourse as the Congress under Trump gave the pharms immunity from paying out for injuries this vax causes. This woman if she had insurance, is making people with insurance pay, as emergency rooms, ambulance rides and seizure meds are most expensive.  Her rates will go up and while no one is stating this, the LAME CHERRY IN MATTER ANTI MATTER EXCLUSIVES WILL TELL YOU THAT IN THE NEXT YEAR, MEDICAL PROGRAMS WILL BEGIN ASKING IF YOU WERE VAXED, AND THAT IS NOT TO GET YOU VAXED, BUT YOU WILL BE ON A LONG LIST WHICH THE INSURANCE COMPANIES WILL NOT PAY FOR THINGS RELATED TO THE VAX. That is a host of new VAXID DISEASES which will emerge from blood clots to brain rot.

This will break the insurance system if they are to be made to pay for vax existing conditions.