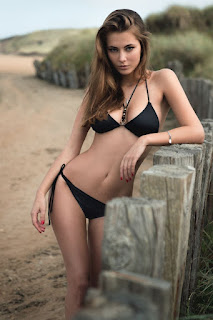 I know your thoughts...and I know you want to know mine.

I find this interesting in Jeff Rense has been speaking about mass mind control and featured a warning by Clif High, which I will do a little more than here for tomorrow. The problem is Rense's link was not what he said it was.

As We've Been Saying For Months...Clif High
Also Now Thinks Something Ultra High Tech Is
Being Done To The American People To Push
Them Into Taking The Shots - 15 Min Watch

Rense has no idea he was mind fuzzed.

This is the link I think which Clif High was explaining like others have had like experiences to be affected to get the jab.

My children and my brats here may remember the reference here to the DEMON MACHINE. This is an artificial device or "mechanical" which mimics demon influence.

Clif High can not figure this out in his mind. It is not an inner voice. Psychics are experiencing this. People are getting vaxed who were ReVaxNiks and they are now coming up with excuses.

What I'm going to explain here is the necessity of Jesus the Christ and the Holy Ghost. I will relate here again one of the most troubling and frightening experiences of my life. satan sent into my life a person years ago, immediately after a devastating soul rape by another person who satan sent to me to turn my Spirit over to satan.

I opened the door to this in prayer, being ignorant to the process then.

The short of this is one night about 4 AM, I woke to the most pleasurable experience. It was sexual, but on the inside of me, this was not physical. I was asleep, but awoke in that state, held by the Holy Ghost, and I was studying this like Spock on Star Trek and I wondered "WHAT IS THIS". This was an incubus and I asked the Holy Ghost, What is this" again, and I then was given one word, "HOST". That demon was looking for me as it's host.
I had dislodged that sex demon in this satanic plan and that house demon showed up when I was most vulnerable, so satan could finish me off as a Christian. God meant this as a teaching lesson and I never forgot it.
I have had other experiences in pervs auras touching me in dreams and it is a perturbing manifestation. Nothing though was like this experience.

What Jeff Rense, Clif High and these other psychics are experiencing is this effect. This is not aliens. This is ............when I was inquiring today for what appears tomorrow, when I was inquiring touching the laptop I got different results from being away from the laptop. This is the phased array. This is cell phone, computers, and yes it is starting to begin in the functioning of the amplification of humans outside of the cyber. People are being synthesized and beginning to form a false matrix which is broadcasting to others who are ore receptive.
The Lame Cherry will give this warning. None of these people mentioned above are Christian in the sense of submission to Christ an guided by the Holy Ghost. They are instead arrogant in playing on a field of energy which has transformed them, like Dick Allgire in Remote Viewing in energies seep in. Doors and windows the human aura are opened in all of this contact, and those doors are what this demon machine are operating at. Some people are being deliberately murdered on the right with the same viral agent which assassinated Senator Glanzer in South Dakota and some of his family. Some are being targeted who have their doors open and are susceptible to the sirens call.

It is all the same. A pleasuring feeling, followed by the thought that getting the vax will set them free, an then feeling unburdened. Jeff Rense was hit before with a mind wave, felt the Light, and has never gone into the Christ submission. Clif High, is a brilliant mind. These other psychics are gifted and that arrogance all has them playing on a field they thought they could handle, but they have not glimpsed all that is there and have agreed to being touched, while in my experiences the wall has been willed upon to not agree, and I thank God that He is my Shield.

Can Solar Flares charge this? Yes as much as ion storms in thunderstorms with ghosts. This though is not what Jeff Rense is being trapped by in studying this. These few have escaped the loop this time, but this is not going to stop, as the Great Deception is being built to. People are talking about everyone dying. The process in this is going to be used or the energies of the wetware before the transformations are complete.

This is a part of the demon machine. Mr. Rense and Mr. High are West Coast.  Every person has a unique frequency. People can be painted to individual signatures and just as a child of Light or Christ sticks out to satan and demons like a beacon, people who are of a different enlightened signature all exhibiting a frequency, that is not Christ, and will respond to inputs.

People have said they have heard voices, that the devil made them do it, and that takes places in Christian's lives in the devil attempting to drive them insane in the impulses which are being thoughts being put into people's minds. Christians who are learning to walk in Christ have overcome this and learn to say NO in willpower. These other people while moral have not been saying NO, but have been curious as to WHAT IS THIS. That is an open door. That is a DNA coil inside of people and that coil is receptive in these people's unique receptor inside of them.

The normal influences like Eve luring Adam with that apple, are now compounded and expanding. There are now a grid of wetware beginning to be amplification platforms, so it is not just your getting a creepy feeling from people, but the opposite in the siren's call making people feel that this vax is the solution to all their weariness and anxiety.

The Lame Cherry leaves this at that. No one can play on this field, this matrix without Christ and the Holy Ghost, and not be in danger. EVERYONE is influenced there and cleansing is necessary, but if the soul does not have the Christ infused frequency, then another frequency is going to be reflected. All frequencies outside of God are inferior and combined energies can overcome even the strongest humans. You want to be curious of these things. That is acceptance of interaction and that opens the contact.

It is out there and it is coming inside of people. who are open to it. It is an evolving demon machine which is becoming more cyborg than machine.

OK this is another Lame Cherry exclusive in matter anti matter.

PS You rich people playing at this, should be donating. NO donation buys covenant with me or mine. You are playing at something which is requiring a payment of your lives. Some of you have slipped through, but the circle of this is coming around again in resetting.