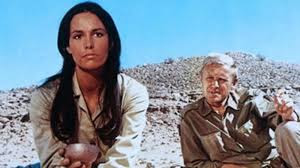 Without arriving into the world of conspiracies, the illogical mandates and bullying concerning this Coronavirus vax is without scientific merit.

If this vax protects from the Wuhan virus, then those who have the vax are protected and there is nothing which the unvaxed can do to harm them. In nature, all viruses which begin as absolute killers, mutate down to non lethal strains for the virus to survive and keep spreading. So if any variants are coming from the Wuhan, it will be as the British noted in the Delta Indian Variant, have people getting runny noses and headaches. No one dies fro a runny nose or a headache, as that is what is the Summer Cold of 2021 AD in the year of our Lord,  a basic common cold.

We know these tests which are cited were never meant to find a virus. Send in a swab of nothing and they come back with a positive. The tests are not of any worth.

Do you know what percentage of Americans are vaccinated for rabies, tuberculosis, hepatitis, small pox or bubonic plague? It is not 100% and those are most lethal and threatening diseases, so why the hysteria about Wuhan?

Charles Barkley says only 'a--holes' are not vaccinated: 'Everybody should be ... Period' - Washington Times  ∞ times

So the Wuhan MIGHT devolve to evading vaccines. This is according to the CDC. That means forcing the ReVaxNiks to take a vax would have no medical value at all, because the virus is mutating and will as it has already twice infected Congressmen and others who were vaxed.

Yet we hear these Vax Juntas springing up, not a medical official in the mix who is not Dr. Fauci ownig patents and making money off of this, passing sentence. People are to be denied medical coverage from Veterans to the Elderly, who have not been vaxed. In a nation of America where people have the right to murder babies in the womb in their choice which is 100% lethal, when it comes to their personal medical choices over this vax, there is not a choice from these same types who relish butchering children.

On This Week With George Stephanopoulos this past Sunday, a bafflegab of Washington poo-bahs including Chris Christie, Rahm Emmanuel, Margaret Hoover, and Donna Brazile — Stephanopoulos calls the segment his “Powerhouse Roundtable,” which to my ear sounds like a Denny’s breakfast sampler, but I guess he couldn’t name it Four Hated Windbags — discussed vaccine holdouts. The former George W. Bush and Giuliani aide Hoover said it was time to stop playing nice:

Brazile nodded sagely, but Emmanuel all but gushed cartoon hearts.

“You know, I’m having an out of body experience, because I agree with you,” said Obama’s former hatchet man, before adding, over the chyron, FRUSTRATION MOUNTS WITH UNVACCINATED AMERICANS:

I would close the space in. Meaning if you want to participate in X or Y activity, you gotta show you’re vaccinated. So it becomes a reward-punishment type system, and you make your own calculation.

This bipartisan love-in took place a few days after David Frum, famed Bush speechwriter and creator of the “Axis of Evil” slogan, wrote a column in The Atlantic entitled “Vaccinated America Has Had Enough.” In it, Frum wondered:

Does Biden’s America have a breaking point? Biden’s America produces 70 percent of the country’s wealth — and then sees that wealth transferred to support Trump’s America. Which is fine; that’s what citizens of one nation do for one another… [But] the reciprocal part of the bargain is not being upheld…

Will Blue America ever decide it’s had enough of being put medically at risk by people and places whose bills it pays? Check yourself. Have you?

I'm not going to degrade this into he aborted she vaxed in the hypocrisy, but in the reality that this is progressing in logical propaganda. Pedo Joe Biden said he would have 160 million baxed by the 4th of July, he failed, and now we are told that half the people are vaxed, and that no one is lying in this, as now this has moved to vaxing children who have zero medical threat from the Wuhan, but do have dangers from the vax. Now the supposed vax majority is demanding that those who are ReVaxNiks must have this vax injected, not by choice by mandate.

If we are going down this path, then the Lame Cherry demands that all Latins like Geraldo be sent back to their countries as their consumption increases Climate Change. As of Charles Barkley, the American prisons are filled with Afroids, so this 3 million plus criminals are a threat to society the metro cities are death zones so inject Blacks back into Africa, as this is part of the national mandate of what is good for the whole.

As you can understand that once one group decides something  that another group can decide something else to implement abolishing the rights of others. Berlin and Moscow were overflowing with that in the 1930's, but then so was America with Frank Roosevelt in holding Germans down to kiss the ground and stealing that ground from Japanese Americans.

Spreading HIV is now decriminalized which had the infected spitting on police and homosexuals gang banging the unsuspected fags.  We know HIV is deadly, but yet that vaccine was stopped, and now spreading HIV is not criminal, but Americans are being deprvied of their jobs in government and in the NFL are being forced to wear ID's in the Naziburg Steelers.

None of this is American.

8 Things You May Not Know About Jonas Salk and the Polio ...

Oct 28, 2014 ... Although no one was certain that the vaccine was perfectly safe—in fact, Sabin argued it would cause more cases of polio than it would prevent— ...

Polio was the last plague which America faced. The fact is though that more children died and would have died from cancer or accidents than polio ever would have killed them.

“Polio: An American Story.” During those decades, 10 times as many children died in accidents and three times as many succumbed to cancer.

The fact is that polio was disappearing when the vax hysteria hit. Numbers of Americans were never inoculated against polio and it simply ran it's course, because like in all things in nature and biological weapons, natural human immunity develops and the species lives on, just like in the Black Death.

Beyond the science, I understand the vaxed. They are scared an ran for the vax, and now in forensic psychology want to punish those who chose not to be injected by forcing this vax rape on them. That is what the celebrity types are about. Those in the regime get their 1% orders as they sold their souls and now it is time to pay the 1% for the wonderful life they lived while America was looted. For others like Anthony Fauci, this is economics in there is a pile of gold to be made in forcing millions of people to be injected whether they need it or not. Still others have their reasons, but that is the fringe and we are examining how legalized rape with a syringe is so welcome to, as one writer noted, the Vax Aristocrats who have decided to deny people the right to life, their liberty an their right to deciding their own future, and it all begins in ending employment and medical care. Nazi Germany and Gulag Russia accomplished the same thing in denying people their rights and making it legal to take their lives from them.

We have hear NEVER AGAIN, an yet it is again, an this time the vax junta is raging for vax rape, taunting the unvaxed with violence and loss of life, like a rapist in an alley now that the bully has the upper hand.