Who is Murdering the ReVaxNiks with the Chinese L Strain? 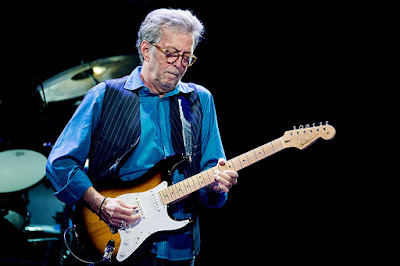 As this blog has noted in matter anti matter exclusives in the Lame Cherry, there is a troubling trend of high profile ReVaxniks dying after being placed on ventilators.

We witness Obama having super spreader birther day events. We witness Jen Psaki stating the White House has wavers on those who choose to be vaxed. We have Anthony Fauci not wearing masks at baseball games, Nancy Pelosi maskless at fundraisers and hosts of democrats not protecting themselves, and yet none of them are getting COVID nor the biological weapon.

Psaki declines to disclose current number of covid-19 cases among ...

D.C. Mayor Muriel Bowser was seen at a maskless wedding by a reporter with the Washington Examiner less than 24 hours after reinstating a mandatory indoor ...

And yet there is a growing list of Conservatives being mocked in the media as they die from the COVID.  One celebrity death is sad. Two is interesting, three is concerning, but now there have been 4 high profile ReVaxNiks who have died after being placed on the ventilator, after literally not being sick for almost 2 years in this pandemic, and it all coincides with the Fauci regime mandate to terrorize people into being vaxed.

If those on the left were dying in like numbers, then that is a statistic, but when no one on the left is dying from the COVID, when it has been proven fact now that the vax protects no one from the "variants", then there is a Sherlock Holmes deduction, that once one eliminates all the probabilities, that which remains, even beyond the realm of possibilities, is therefore the conclusion.

What assassinated Bob Glanzer and members of his family, matches what is liquidating the ReVaxNiks and the anti maskers. This literally has disappeared since the spring of 2021 AD in the year of our Lord, but now has returned. It is impossible for the variants to be lethal, as the British stated the Indian strain produced only headaches and a runny nose. What is killing people who are standing up against this vax is beyond Remdesivir or a common cold. What is the logical projection here is like Donald Trump when the COVID assassination was attempted on him the 3rd time in the White House and FOX's Chris Wallace had prior knowledge in accusing Donald Trump before the debate of being infected, is that these ReVaxNiks are being infected with a feces strain, by someone entering their home and contaminating personal objects or is infecting them through something they are ingesting.

Four people on the Right is not a Coincidence, when four people on the left are not equally terminal, in knowing the new "variant" is the stated infection and that the vaxes do not protect against the variant. This is a fact now, and the question is who is murdering the ReVaxNiks with the L Strain?

Who is next? Eric Clapton, Robert Kennedy jr.? Who is the next to go in the Pharmacide?