The United States Economy Will Crash 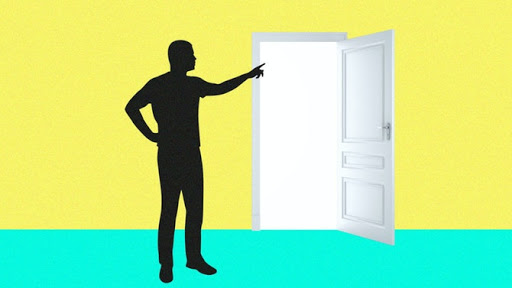 The Lame Cherry has touched on this previously, but at this point am reminding all of you of the economic realities which this blog predicted would manifest, now that the Woke Conglomerates are cracking down with the police state on  the ReVaxNiks.

The Doomsday Variant - NWO Trump Card To Try
To Force The Vax On About 97 Million US Resisters
Newsweek Magazine August 13, 2021 Issue

Pentagram To Require All 1.3 Million Active
Duty Military To Take The Kill Shots

As the Vax State keeps inventing new "variants' of the biological weapon, which appears to be the vax itself triggering those worthless tests or some shedder infecting healthy people, there is this reality.

Reality is at least 1/3rd to 1/2 of Americans are not vaxed and of the vaxed the growing trend is they will NEVER take the second shot or any upcoming booster.

The US military has at least 1/3rd of it's personnel who will not take this vax.

Almost 90% of Black Americans have refused the vax.

What I desire each of you to understand is the numbers in this. What happens if you take out 350,000 Soldiers who are in the military out of a million plus service?

What happens when 10 million Blacks stop spending money in Walmart?

What happens when 100 million Americans are not buying airline tickets?

What happens when you unplug 100 million Americans from the economy, knowing that this group is he on which primarily works, receives welfare checks and is what holds the economy together?

Take 30 to 50 percent of the US spending and eliminate it.  This would take 3 trillion dollar economy and knock it back to 1 trillion. That may sound like a great deal of money, but when that money in trillions has to be divided up to just 1 trillion, suddenly it is the reality of consider your paycheck, and you take on two more families. There simply will not be enough money to go around and a constriction will take place.

I'm not speaking of the staged shortages nor the inflation spikes due to massive debt spending. What this is about is the erosion as everyone still is paying high Obama Trump taxes, and everyone keeps coming for your money, the reality is when 1/3rd of the economy is taken out, it does not matter how damned many Mexican vermin you let in, because the consumptive value is not the same between Americans and Mexicans.

Put it this way, Mexicans do not eat wheat, cereal, milk or snacks. That is wiping out huge segments of your super market. Mexicans buy fruits and vegetables which in the drought are disappearing.

Americans buy production goods from entertainment to vacations. Mexicans buy cell phones and used items. Again a huge segment of the US economy is already shutting down and will manifest worse.

Americans not working means Americans not buying gas, which take 1/3rd of those revenues and the refineries and oil industry starts shutting down. (Pedo Joe is bringing this in electric cars and this will collapse more of America, but that is future event) Money which is not there, is money not spent, and then those services which you expect start going red line.

Project this 1/3rd to 1/2 to simple things like utilities in electric and water, to cell phones. Americans without money will crush these industries in not paying bills, and that means insurance will be the first to implode too across the board. It all interconnects and in mortgages, people will have several months, but if they have just real estate taxes it will be several years that they can try and survive.

That is the coming result of the Vax Isolation of Americans. There is a coming constriction of the economy that no amount of debt spending will undo. Do not think that Americans will just roll up the streets, because we have been in a Vax Hording Bubble for the past 2 years. People who have been preparing have a cache to ride out the Vax Siege for over a year, and as the crackdown generates, there are going arise Black Market Vax dealers who will have goods and a form of bartering will begin as people will get what they need and kickbacks as in all rationing will begin to the police state an entire organized substructure will generate as the Obama Corporate Few will sit on their economic mountain but it will be imploding.

My relatives in the drought ravaged west are stating that people are stealing hay out there now. Jeff Rense wonders why their is not any protest in America, and it has to do with warping of Americans and intimidation, but it has to do with Americans still do not feel infringed upon. The cost would be too much for their lifestyle. One the real pressure does occur, it will manifest like hay theft, in people doing what it takes to get their daily bread. When people feel cheated is when they begin to act out, not in violence but in taking things in retribution to remedy the unfairness.  They will find clever ways to retaliate to disassemble the system which is working against them. Yes that is going to be termed "domestic terrorism", but the point of this is, a dynamic is approaching when Americans are being excluded. Americans are intelligent and walk away. The people bitching in the Jan6ers have not stopped doing it. They are just bitching to each other and not online where it is monitored.

It was disappointing that most of you idiots did not read the CARES ACT post in the taxation issue, because in it my tax preparer a die hard liberal, who laughed at me when I stated Trump would be elected, was furious over the country falling apart as that is her money and her means. She was buying non China occasion cards and stating all of that money they gave away is going to ruin everything. The IRS is over worked, has new people who are not skilled that job, and this Biden Tax Hunt of Americans is going to suppress even more of the economy.

This is a societal break, because if 100 million can not fly, they will conclude we do not need airlines. Same with all these other banned areas of life. If you can't work at CNN, why exist in New York City, and why have a Social Security Number tracking you. What happens when everything shut down in people flee tax debts and people start acting like Mexicans and work with a fake SSN and a fake vax card, and if caught they just move away.

This Vax Crackdown is what is going to crash the economy as people did ok in the lockdowns in surviving and having had the experience will do without and find new ways of getting by.......which numbers of them have already accomplished so for over a year a network has been established and will continue to grow, all outside the parameters of the surveillance state.

Those who keep looking for protests, violence and guns, are not understanding Americans who have a sophistication of moving by the left flank in surviving.

I have not inquired of this, but this jolt which is being inflicted upon Americans will produce a massive slowdown, and we know this is going to run into Christmas as that is what the Cargo Shippers were stating a month ago. The Treasury will keep robbing you and pumping money into Wall Street as the Crypto Kings who are poorer will keep pumping money into that imaginary wealth. The economy though will experience Vax Erosion and the Vax Degradation in the final half of this year. There will not be a rebound next year.

And just remember that with 1/3rd of the military probably disappearing from the vax, that the military is now demanding from the Pedo Joe they installed in election theft to start a war with China now, not after China builds it Gobi Nuclear Arsenal.