A 1/4 Teaspoon of Vax Death 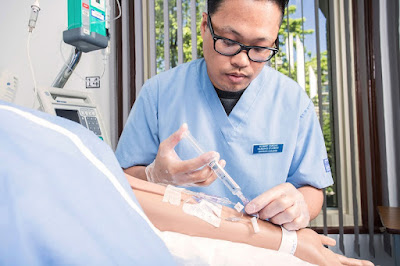 I was listening to Jeff Rense's program which featured Erica Kahn and Mr.Rense referenced a phone call from a physician friend of his, who reported to him, that a woman in the east coast of America, was diagnosed with COVID. She was given immediately Remdesivir intravenously.

So I checked and yes, Remdesvir is available for COVID 19 and the treatment is through an IV.

5 days of remdesivir for COVID-19 may be enough | CIDRAP

The doctor then stated that the woman degraded quickly. He checked the woman's chart, and the doctor treating her was a friend of his. So he called him, asked him to put her on Ivomec as he owed him. The treating physician did that, the woman who was already on a ventilator, in a short time, recovered and came off the ventilator. The hospital in response, suspended the doctor.

If you look at the above links, and this blog has been exposing this as it came to this poor orphan girl's attention, that Remdesivir was what was causing COVID or the disease which is NOT Coronavirus. It destroys the kidneys and in response, the body fills with fluids and the lungs fill up with those fluids an the response is people are put on ventilators to die.

The treatment is 1200 milligrams. In the case of Senator Glanzer of South Dakota, he followed the typical pattern having symptoms,getting better and then degrading rapidly in ending up in the hospital, placed on a ventilator and then dying in about 2 weeks. By 9 days a person's lungs would be so stressed most people would be dead. The few who survive this feces virus and the ventilators have not survived the Coronavirus, but instead like homosexuals with AIDS, survived Remdesivir.

A quarter teaspoon. Just as a reference, an entire teaspoon of salt or vanilla flavors a cake. 1/4 teaspoon is so small that you could not taste the flavor.
I looked up the lethal dose of cyanide and it is a tablespoon or three teaspoons or 12 one quarter teaspoons to kill a human.

In the aftermath of World War II, Americans in propaganda issued to them, damned the German Nazi for gassing Gypsies, Retards, Christians, Infirmed and Jews with Zyklon gas. It is always stated "Never Again", and yet the United States regime is paying hospitals tens of thousands of dollars for reporting that people have COVID and they are paid even more if patients are placed on ventilators. The Nazi's did not pay bounties on people executed. The United States is payinng bounties on sick people. Yet not one Department of Justice or FBI investigation has taken place. No one is asking what is the difference between ingesting 1 tablespoon of cyanide to kill a human or injected 1/4 tablespoon of remdesivir to kill a human.

Remdesvir is at 1/4 teaspoon one of thee most deadly toxins on the planet. Yet the world has rejected this poison already in 2020 AD in the year of our Lord.

Jan 30, 2021 ... In a review of several trials, the World Health Organization found that Gilead's drug did not improve survival rates for patients nor did it ...

Data on Gilead's remdesivir show no benefit for coronavirus patients

Apr 23, 2020 ... The antiviral medicine remdesivir from Gilead Sciences failed to speed the improvement of patients in China with Covid-19 or prevent them ...

Apr 15, 2020 ... A trial in China testing Gilead Sciences Inc's antiviral drug, remdesivir, in those with mild symptoms of COVID-19 has been suspended due to ...

Yet, the FDA approved this poison for Americans.

FDA Approves First Treatment for COVID-19 - US Food and Drug ...

Oct 22, 2020 ... FDA approved the antiviral drug Veklury (remdesivir) for adults and pediatric patients 12 years of age and older for the treatment of ...