All you do is go out and fuck Mexicans 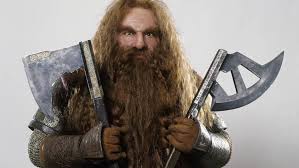 I dont' fuck Mexicans, hell I don't even eat Mexican.

There is never a time that I enter the junk yard that I do not hear a story which puts me bent over and laughing.

Today the subject came up, which I knew part of the story as Jesus Freak had stopped by JYG's and he was getting some cars from Mexicans and the beaner asked if he knew anyone to clean up the metal on the place, which was JYG. JYG uses the Mexican as he is a cheap mechanic and does good work.

So today, his old lady was ragging on JYG that he was just going out there to fuck Mexicans. I guess the mechanic's wife is good looking........I don't know as the good looking ones have tude and the ugly ones abound as far as I can see, along with the low IQ, short dumpy bad DNA males I see walking the streets now, more than Americans.

JYG is more out fucking Mexicans than he is out fucking their dogs if they have them. It is just bizarre that his wife is accusing him of this, as I was asking TL if TL ever heard if Mexicans put the wife on the deal as an added bonus, Maybe they do, as the American women apparently are up on these things, even if I'm not.

I know the Indians here made a fair trade in fucky fucky with the White males, but seriously those fat old squaws, drunk, not teeth, never bathed, I would think the Holstein cows would be a better romp for dairy farmers. Certainly was until the Indians ambushed the paramours and killed them by pulling their nuts off with pliers. Last thing I would want is to face St.Peter without testicles and confess that I was fucking Indian whores and I got dead for adultery. Seems to me a sure ticket to hell.

So I did notice JYG had washed up, so maybe that is what put the wife on alert. I never noticed that Mexicans were selling it or giving it away, but maybe you have to work a deal with them to tap the wares. I found it all amusing as JYG is not a young guy, so I would think his amusements were in other arenas as he already has a wife. It certainly made a good story for the junk yard trade.

I could see Mexicans. Muslims, Blacks and whatever women wanting White cock as what woman would want some low IQ, bad DNA dwarf lunatic reproducing in them. Women always want the top of the food chain and you take what you can get in the 3rd world, but in the 1st you Go White because it is Right. For the husbands, they still get to fuck, but they get better business deals, so it seems a win win and maybe these White women have this figured out, but I doubt like hell JYG in all the women and wives he had that he would be tapping beaners. Sure he might to just get a better deal or for the experience, but damn one you got it down there, there ain't no difference no matter the race, so what the hell is the point in it all to take Pepe's pew out for a romp and you know a damn Mexican is going to blackmail you on the next sale.

So that is about all I got to say on this adventure, as fucking Mexicans has zero interest for me or anyone I know. Actually the subject would never occur to me unless it was brought up. Just don't think these foreign races are appealing. For that matter I don't think these gender things in the West got a whole lot of appeal either.