Goo in the Tank Treads 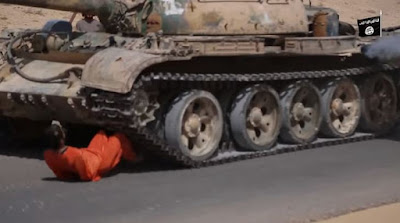 In dealing with the torture on various levels of life in order to survive, I base everything in satire and humor. I always make crude comments and inappropriate commentary on anyone in the Brier Patch. It is a survival instinct to laugh instead of become furious over events or situations as then one loses control.

Today in the Thrift there was a long line of geezer women. The one I got behind had a walker and was the definition of an invalid. God bless her soul though as she was still kicking. We were eating breakfast in the cemetery as the Brier Patch City Plots attract lots of people who walk and just go out there and sit. The place is more used than the parks which just suck.

I saw one fat old boy strutting along and his hunch back bone pile wife was striding along too. The woman is a bone break candidate and how she will die. I do not know why people like that audition in the cemetery, but it is just off putting to see crips like this thinking that walking is going to make things better. Fat boy will die of a heart attack or stroke and she will break a hip and that will be it for her. I just do not like seeing primates like this trying to out run the grim reaper.

The gal in front of me, looked like mush face. Don't know what her problem was in that, but I would have been scared to let her out of the house as she had bone problems, she was shaking and she couldn't do a blessed thing.

The gal behind the counter was pissed that she had to pack things for her and my thinking was, "What the hell are you buying clothes for lady, as you won't live long enough to wear them". Still when it came down to it, TL put her shopping cart away and I went out and held the doors open for her, as no one else would. She made a joke about being careful not to run over my toes.

When we got to the pick, she had not even made a block to her house wherever it was. For her I have compassion as he husband is in the home or dead, her fucking worthless children do nothing for her, and she is alone and people do not like the burden she is on society. I hope the best for her and have sorrow in my Spirit as the best thing for her would be for her to die, and yet she putters on and it takes people like me to help out in public, because people here are such assholes in not helping the non pretty people.

No one will probably give a damn when does die. Probably rot for week before anyone notices she is gone. Unlike fatty and bones in the cemetery striding along who will get the big tombstone, mush face will get whatever comes along.

The thing is everyone once was young and had dreams. They once could run unless were a crip from birth. This gal who was now about 4 foot tall is just in what this world is, detached from life. No one bothers much with anyone unless they have a Goddamn cell phone. Being poor I can't save everyone and can only help the stray God puts in my path, but when I think of what is coming, I just lament how many primates who deserve better will be dead within weeks as more rich assholes with their Mexicans shove people out of the way just like in survival of the fittest.

There is no happy ending in this. It is life now. It is lots of people are going to die and get a bad end whether they deserve it or not. Ending up with Christ is where it begins and I hope mush face is on that ticket as God does love people who are not running from death like fatty and bones whose arrogance is now matched by the sum of their fears, as you can just see it in their tude They are terrified of death while mush face is not phased by it at all and is still acting like she is going to be around for years.

I do what I can with a thought often even for a dead animal, that if I kick it at least off the road so it stops being run over, that God will have mercy and if God forbid I ever go down, someone is at least going to drag me in the ditch so I don't end up as goo in the tank treads.