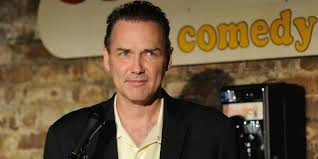 What was best about Norm MacDonald's comedy is he was
enjoying it as much as his audience was and he had heard the
routine so many times before.

I was surfing the British press and looking at all the people I don't know nor ever care to know who are now "celebrities" when I had to blink and make sure I was reading what I had just read in Norm MacDonald had died from a 9 year battle with cancer at age 61.

For once humanity was not a complete asshole in the left from Seth MacFarland to Patton Oswalt all were in mourning of the death of this human who was more right wing than any of them. I was fond of Mr. MacDonald before 9 11, when he became an American, scolding Canada his homeland for not supporting the United States more.

The first glimpse I ever had of Mr. MacDonald was on a program called Star Search hosted by Ed McMahon. Some people are funny and Norm MacDonald was that kind of person. I remember his routine about his "Wiener Dog" and trying to chew Norm's jugular vein out. It was priceless as Abbot and Costello in their Who's on First routine. Mr. MacDonald may this impression on everyone who saw his routines and his work on Saturday Night Live was the best of that cast as Bob Dole and his Weekend Report before they fired him an the show went down hill after that.

I honestly watched everything Norm MacDonald did. While I have a great deal for the man that Adam Sandler is, I never found his comedy amusing, but when Mr. MacDonald was around I watched what Mr. Sandler was doing.

I'm glad that Norm MacDonald is not suffering any more. I'm sad that he never shared his cancer story as people, all people loved him, and would have cared. He was not like that though and now we have to mourn him, now that he is gone, in useless words which could have been shared for him to read while he was yet in this world.

Death isn't all bad, at least Norm MacDonald will not have to go through what the rest of us are entered into, not by our own free will. It is a luxury yet to be able to mourn for those who mean something to people on both sides of politics.  That luxury will cease to be in a not too distant time.

God rest you Mr. MacDonald. May you be blessed for uniting us one last time.