The 1% Depopulation for Coastal Refugees 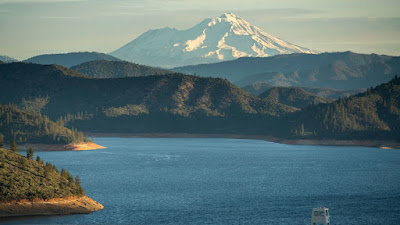 My children and my brats are aware that this Lame Cherry has been focused primarily on the Rocky Mountain Basin east into the Northern and Southern Great Plains, in the study of weather modification, in the relation to the containment of nuclear fallout  from the Air Force bomber and missile silos from Texas to North Dakota, in HAARP has been testing hot rains and snows to contain future nuclear blasts in these areas, so it does not spread east.

Mr. Wigington has accomplished in cataloging  this phenomenon. He centers as stated on west coast, and has not addressed that when this started a over a decade ago, HAARP was being employed to remedy the drought cycle in the crop belts. HAARP this year killed the wheat harvest after two years of disrupting the soybean harvest. In 2021 AD in the year of our Lord, the advocacy is for the Chinese in making certain that a soybean harvest is generated in the grain belt to benefit Peking.

I have posted photos earlier of the soot skies the Brier Patch experienced in it being dark during the day. Those skies are prevalent on the West Coast into the Rockies yet. In the above photo is Lake Shasta as it appears.

Here one can witness how beautiful the region can be when Americans were not being driven from the region for the coming Chinese occupation.

This is what Lake Shasta looks like today after Climate Warfare. It is nothing but smog and Lake Shasta which is hundreds of feet deep is now nothing but a slough hole in some kind of Mad Max populace which goes there sucking in that dust and smoke into their lungs to recreate and to float their yachts in. It is surreal, insane and complete beyond belief that rich Californians are out in this shit and acting like this is normal.

After watching the Dane Wigington video, I thought, "I finally understand what Noah was witnessing just before the rains started and the doors to the Arc were shut. If you tried to sell vacations to rich people with this kind of Pompey death zone, these people would have looked at you like you were insane, and yet there are myriads of people there acting like this is normal or inviting, simply because the reality is, this is a place to recreate, so it does not matter if it is now not a place humans should not be.
I honestly believe if White Sands was a resort, these people would be playing in radioactive fall out.

In witnessing this horrid state of conditions,  I'm alarmed. I know what mountains are, I know what California is, I know the rains they get deluged with, and I can see this powder dirt they have. California should have a crash program of as in road construction in laying down grass pads to control erosion when it does rain again, because there is nothing holding that soil in place. Once this start raining, all that dirt will slide and what you are looking at is going to fill this lake bed with 100 feet of mud.

In simply viewing this area and the Darwin's there, it appears that thousands of people are still on the grounds. Dane Wigington mentioned in using his dirt bike it was like driving through flour. These stupid people are not going to comprehend that when it does rain, it will come in a deluge. That dirt will become a quagmire trapping them as their vehicles get stuck. Flooding will start, the mud will slide and people will become entombed.

Seriously, if California, and these other coastal states had leadership, these areas should all be blocked off, except for reclamation hay pads being laid down to stop erosion and more to the point, to save people's lives and property as there are going to be thousands of vehicles buried in the muddy waters when this is unleashed.

The data on this is clear. There is geo engineering taking place in the atmosphere, in heavy aluminum concentrations being noted in tests in California. China apparently does not have this material flowing over in pollution, so this is from the globalist side.

I can attest to the effects of HAARP again, as the Brier had us awaken at 9 AM to a tornado alert. I was passed out as was TL, and I never checked, but it was pitch dark outside, so I thought it was sill 5 AM. When I did get chores done a half hour later, I noticed our pasture was flooded with water. We had gone to town, and the ditches were full. On the way home, I catalogued an area at least, now understand this, of hail which was golf ball sized and bigger which was 5 miles wide, and it had fallen at least 7 miles. I turned in the west before I got to the end of the pattern, but hail storms come out of the updraft and fall out of the wall cloud, which is where the tornadoes are spawned from. If you did not comprehend what  I just related, the hail shaft of this wall cloud was 5 miles wide. This was beyond a super storm thunder cell.

I have cousins 50 miles from this location and they were deluged with rain which had the visibility white. This was the same storm at the same time. This is a HAARP super cell or a hail bomb going off. Bad hail storms are maybe a mile wide and last perhaps 2 miles in length, just as tornadoes rarely have the energy to move the distance of a few miles.

I'm not stating that tornadoes can not last for dozens of miles as they did before HAARP, but what I'm communicating is in proportion, this hail shaft had to have a super system beyond anything nature generates. Even super Cat 5 tornadoes do not have hail shafts like this.

5.6 in era before cloud spraying to now 6.6 - heavy amounts of aluminum.

Well I was going to feature a lovely picture of iceberg sized hail here, but email stuck it into spam and when I moved it to inbox it disappeared. That seems to happen often enough on subjects here.

The 1% is driving people off the coasts for the promised Chicom invasion. Probability of that is high, but is certainty the 1% will never let those slant eyed butchers ever get power to contend with the immortals. Is part of the great game as Chinese are singular devious and will believe anything in their prejudiced minds.

We will know soon enough the programme for 2022 AD in the year of our Lord, as weather modification you must understand is not weather control. All they do is enhance patterns in the sky slosh. Nina and Nino are not forever. They must accomplish the refugee shift before the ocean sloshes back as they can not delay the vax projections.