The Vax Blackmail Has Begun 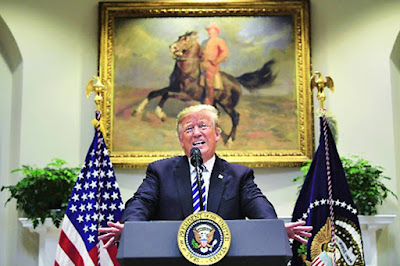 Join me with Pedo Joe Biden in everyone is to be vaxed..........
ah, then take two pills a day for my Fauci vax and call me in the morning.

For those who need reminding, the Lame Cherry warned all the vax takers that what would come is everyone who has been vaxed would be held hostage for necessary "further treatments".

This is beyond that quack Anthony Fauci demanding a 3rd round of syringe rape for these "variants" which are trotted out like Homeland's colour code alert system to terrorize people in yore days past, but it is Pfizer which just announced that the vax is not enough (NOT WORKING) so now every vaxed person will have to take TWO PILLS A DAY in order to be treated.

That is going to be a  real cash cow, and remember YOU ARE PAYING FOR THIS NOW and not the government.

OK so what is Albert Bourla telling us?

Remdesivir is an anti viral. It is causing COVID. I will repeat that COVID is a disease series that is like AIDS not HIV and not Coronavirus.

The Lame Cherry does not state that all anti virals are bad. Our friend who had medical issues was treated with anti virals, and she recovered wonderfully. Remdesivir is dangerous though in it killed off queers and Ebola Negroids before it was pulled. It is killing those in hospital with COVID.

Pfizer and others have now marketed an anti viral which is going to be the method to "treat" people, because the vax NEVER DID STOP ANYTHING VIRAL. All the vax is, is a broken synthetic prion that replicates in a human body, causing all kinds of harm, along with the nano particles and whatever else is in that vax that makes people magnetic and glow in the dark.

Now the industry is going after the virus, or the virus platform, which is of interest in this, because the Adenovirus branch of this and not the mRNA is viral. This hints that these Adenovirus platforms are replicating and can not be stopped, hence the endless triggering of the immune system which will kill people by burning out their immune response.

So with hundreds of millions duped by this vaxology, which was warned against, the manifestation of a life long, and yes this appears to be for the rest of your vax leper lives, you are going to have to take two pills a day to stop this thing from burning your immune system out.

That is costly and it means that people are in danger of the projections which have been made public in numbers of people are going to start dying from immune system failure in the next less than 18 months. Take your anti viral pill and submit or it will be withheld and you will die. Just like, take your vax or you will be denied your military, government, health and education jobs as it is Disney mandatory like the FBI, but not the White House.

So this ghoulish group of the 1% have infected millions, and now are going to fill them with pills to blackmail them to submit over this medication which will net quadrillions in profits, robbing you of all you have.

In times past, people witnessed the ghastly orange glow of AIDS sufferers due to the medications. Pfizer has not released internal data as to what their magic potion's side effects are, but comprehend something like Monsanto Round Up to kill all weeds. All that did was to make a super genus of weeds. When people are taking massive doses of anti virals, all it will do is over time, produce a super virus that nothing will work against. And remember in this, that this vax wipes out the plasma in humans so it can not be harvested for the treatment of those in hospital with COVID. The treatment is killing more people than the plague and the next phase of this Pfizer wonder potion is going to manifest another response in nature to overcome what man hath done.

If the vax worked, you would not require anti virals. The vax wipes out the immune system in people and the result is to ward off virus, that anti virals are now being jammed down people's throats. When the anti virals damage what is left of the human body, these vax lepers will be grave ready.