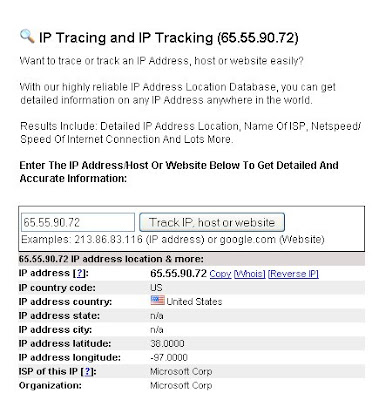 I was wondering what you would do if you had information to throw Barack Hussein Obama, Bill Gates and Vladamir Putin into the same jail cell?

You can ponder that for a bit as I just sort of tell a story of B. Hussein Obama and his trolls of the internet, his brown recluse in the White House and his spiders of the web.

Many Americans have been deluged with spying from the Obama regime before they were even installed into the White House during the summer of 2008. The early contractors were Israeli operatives who created most of the internet.
I though was puzzled as of late in the phishing operations being conducted against me, and was simply documenting the problem for prosecution here, in leaving out line so these crooks would hang themselves, and they have done just that.

I will not divulge my first tracking source as it is public, but they returned a mail which had been sent using my account here as it bounced around the internet.
I have pasted it below and will highlight the interesting bits, but explain it as follows with photographic evidence in tracking the culprits. 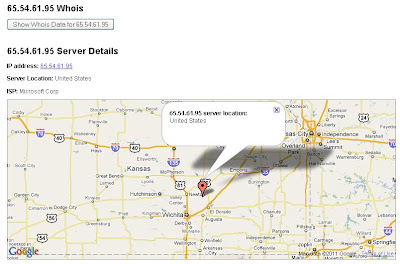 It would seem that as I have stated that Microsoft is involved, but not from the west coast head offices, but from literally the middle of nowhere Stanley Ann Dunham conception Kansas, apparently in the middle of a field about twenty miles east of Newton, Kansas.
Two ISP's are logged in:
The routing which is really fascinating also taps into Yahoo as a bulk spammer transfer point in

This then is showing an Australasian email account, mailing to a Microsoft account, using my internet mail account at Hotmail as cover, coming directly from the Russian Federation in Moscow in one, Investelektrosviaz ltd.

Investelektroviaz is a busy little crook operation in it seems to have started out data mining HTML off of blogs like this one, and stealing content of major sites like this one, and sort of becoming the Associated Press of Thieves.
Started out is the key in this, as what has been taking place with my blog is one of an unpublished email address as I have stated, being used to bomb the internet with content.

I have noted the genesis of this starting over two years ago, in Microsoft accounts were being hijacked from inside, in this Moscow spammer was grabbing INSIDE CONTACT INFORMATOIN from people's mailing lists to spam people.
The only way one can get that kind of information is by being inside the Microsoft servers.

Now the kicker, Bill Gates is not going to allow some Russian crime syndicate to operate a spamming operation from inside Microsoft, as the NSA would frown on such things, because Gates designed all the holes inside Windows for spying purposes from the globalists. 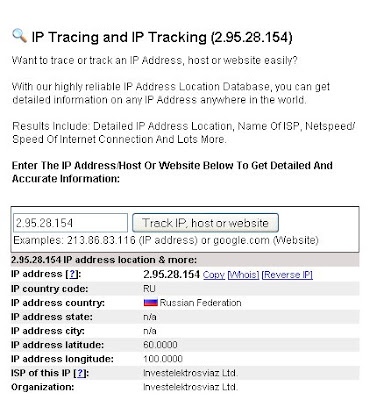 That in turn means that Investelektrosviaz ltd. has been doing so for some time with carte blanche, and it's operations are expanding with this "English speaking, European sounding agent of internet hoped for change".

With the hold Vladamir Putin has on Russia, there is not in any way a Russian computer genius crook speaking with an English accent speaking Queen's English is not FSB connected and running operations there for a more variable protocol. In other words, give Putin eastern Europen and in return Putin has his internet bomber start stalking blogs and spamming out of Microsoft and Yahoo.

The email header is proof, that it is Yahoo bulk mail coordinating this, and it is Microsoft facilitating this. The contractor is working under the umbrella of Vladamir Putin and in targetting this blog, it is being done for Barack Hussein Obama in quid pro quo.

Investelektrosviaz ltd. is part of the broadband.corbina.ru. Broadband is like gold in the world and in Russia it is worth your right and left ovaries if you are the Virgin Mary. The leading point in this is, in Russia where 100 bucks a month is a living wage, someone has very deep pockets to have unlimited resources jamming up the internet with spam for viagra ads and other investment schemes.
Think of this as the Nigerian spamming nightmare, transferred to Moscow with full Kremlin backing and reaching out to target Americans.

So while I doubt there are any papers signed by Gates, Obama and Putin, it is a fact that none of this can be going on without full complicity of the above, and when it is spamming it is a crime, but when it is stealing email information and using it to harass those who disagree with Mr. Obama's Marxism, it is espionage and terrorism.

Therefore now you know the rest of the story..........which Eric Holder will ignore just like Darrell Issa.
These are the crimes of Barack Hussein Obama in full disclosure using verifiable internet logs.

The Toto of this blog is not back in Kansas due to twister Obama, and when I click my Ruby slippers I sure don't wish to be in Moscow or Bill Gates computer room.

Yahoo spam mailer, Microsoft permitted sender, coming out of Moscow and bombing American internet blogs disagreeing with Obama. That is an international conspiracy.

Who is going to prosecute this now that the entire case has been laid out here?