Why Marco Rubio is a Natural Born Citizen 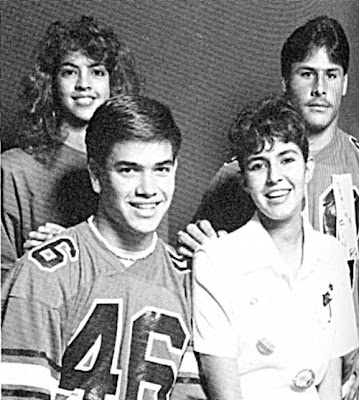 There has been some bantering about concerning the Natural Born Citizenship Status of a few Republicans, to which Rush Limbaugh was baiting liberals over this issue with Marco Rubio, but as Mark Levin, who loves Rubio has not bothered to deal with this issue nor with the Birth issue as America is pissed down the drain........it is all the Sean Hannity Royal Foxholes who have their heads up their asses as no one is getting this right.

Therefore as an exclusive here, in junction with a World Net Daily expose' on this, I will explain this all by Inspiration as the final word again.

First Barack Hussein Obama is a foreigner as his parents were both foreign British and he is adopted Indonesia.........his birth abstract is bogus, so that settles that no matter if Ann Coulter certifies Obama with here tampon crayon in menstrual cycle blood.

Second, Bobby Jindahl is not Natural Born, because his parents are natives of India, although he was birthed in America, they did not become Citizens until after his birth.

Now we come to Marco Rubio, and this is a bit complicated like John McCain being Native Born, but it will take a bit of explanation in how Marco Rubio is Natural Born Citizen of these United States, but his parents were Cuban nationals.

This all goes back to the Teddy Roosevelt and William Hearst Spanish American War, in which these United States freed from Spanish colonial rule, the Philippines, Guam, Puero Rico and Cuba and made them American Protectorates.

Cuba gained formal independence in 1902, but these United States retained the right perpetually to intervene in Cuba, therefore making it and it's Citizens Americanized.
It does not matter what John Kennedy pooched up at the Bay of Pigs or how the Rockefellers installed dope lord Castro for money laundering..........Cuba and Cubans are Americanized.

This is especially true in Marco Rubio's parents in Mario was born in 1927 and Oria born in 1931 were fully under the US protectorate status as much as Barack Hussein Obama sr. was under British Mandate status making him British.

This was further cemented in President Fulgencio Batista joining the allies in World War II in declaring war on Japan and Germany in December 1941 with Cubans fighting in concert with Americans in that global conflict.

The Rubios are not some post Castro globalists. The Rubios willingly came to America when afforded the opportunity. So Marco Antonio Rubio born in Miami, Florida on May 28th, 1971, is a Natural Born Citizen due to the circumstances that Cubans, like Guamites, Philippinoes as well as Puerto Ricans held special status as Americans.
Some nations like Guam and Puerto Rico still have representative status in Congress and the American Electoral College.

Marco Rubio's parents are Cuban American by status as much as any American like Abraham Lincoln born in the wilderness of the American west, still controlled by the Indian Empire, though loyal to the American Enterprise were Natural Born Citizens though beyond jurisdictional state and federal control.

There is an absolute difference between Marco Rubio and Barack Obama. Obama is the of Jindal British subject class of colonialism and is not Natural Born in the least. Marco Rubio in his circumstances is qualified to be the Vice Presidential nominee with Sarah Palin and even President if the American electorate so chooses a real native over a this international Obama.

This is the last word on this just as this blog was the first and last word on British Mandate 1948 Obama.
Marco Rubio is qualified due to his parents were born under a Constitution of American Jurisdiction, reinforced by the Platt Amendment, and enforced by the U.S. leasing the Guantánamo Bay naval base from Cuba.

There are no Obama tan lines in this. This Marco Rubio black and white as a Natural Born American.

It is all a matter of the letter of law and it does not change when there is a Republican or a Democrat favorite.